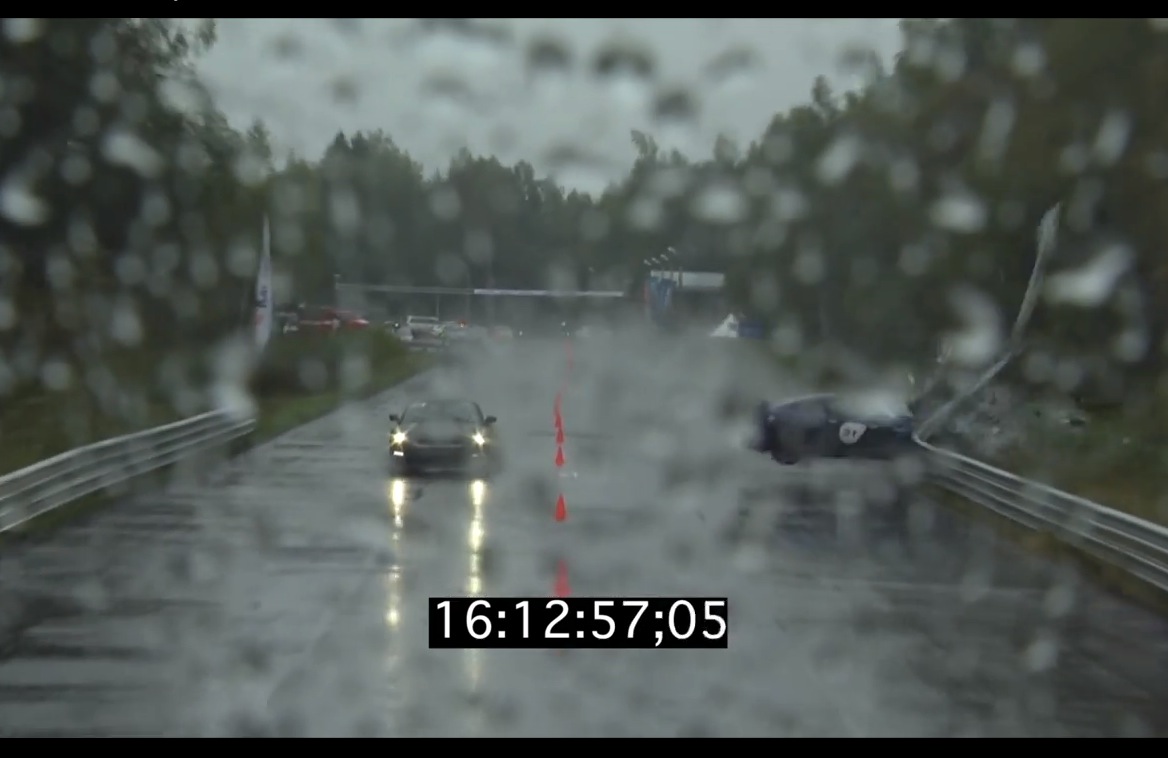 A female driver has walked away unscathed after a very nasty crash in a modified Nissan GT-R during the ‘Unlim 500 plus’ festival in Russia. The crash happened during one of the epic one-mile drag races, in the wet. 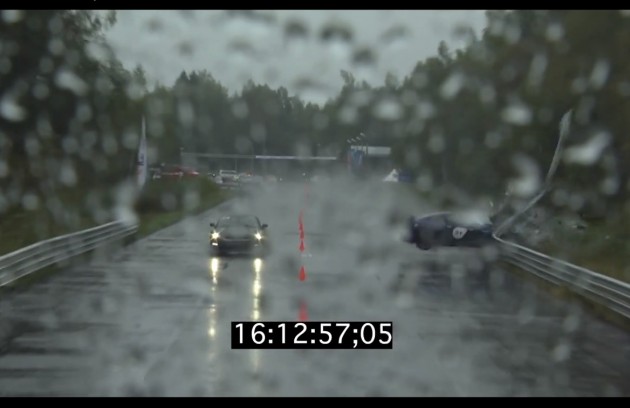 As you can clearly see, the track is drenched and the rain was pouring down during the race. It wasn’t until the high-powered GT-R was well into the higher gears that it stepped out and aquaplaned off the strip.

It looks like a horrific accident, completely tearing the Armco railing apart. Miraculously though, the driver escaped without injury.

The organising committee for the event said in a statement that the driver underwent an official medical examination to ensure her health was okay. The statement also said participants were warned about hazards created by the terrible weather conditions.

We’re not sure how fast the car was going when it hit the barrier, but we’re sure you’ll agree, she is one lucky lady. It’s strange that she doesn’t even appear shocked as she gets out of the car, casually putting on her jacket like she parked at the shops. The g-forces involved with a crash like this would be huge.