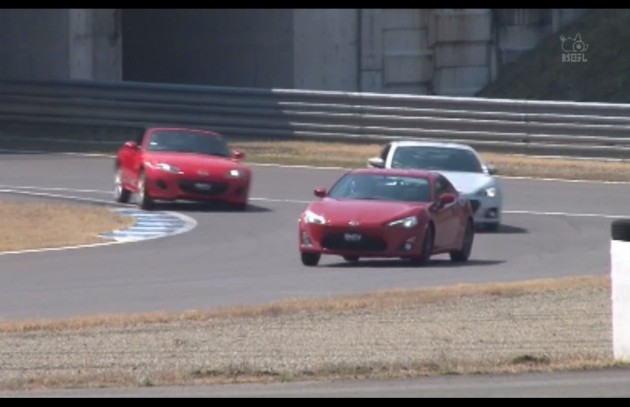 Best Motoring in Japan are one of the most thorough vehicle testing publications in the world, as far as we are concerned. One of the latest episodes brings together the Subaru BRZ, the Toyota GT 86 (named the 86 in Australia), and the Mazda MX-5, and puts them head to head at the Twin Ring Motegi Circuit in Japan.

Both the Toyota and Subaru share the same platform and powertrain, comprising of a 2.0-litre naturally aspirated boxer engine producing 147kW and 205Nm.

All three cars have a very similar power-to-weight ratio, with the Mazda slightly worse-off.

Toyota Australia has confirmed to PerformanceDrive that the Toyota 86 will launch in Australia in June. The Subaru BRZ is expected to follow shortly after.

Prices are yet to be finalised, however, the Toyota at least, which will be available in two trim levels, is set to kick off in the mid-to-high $30,000 region. As for the Subaru, just one variant is on the way. Whether it will be priced above or below its sports icon, the WRX ($39,990), is still unclear.

Click play on the video below to see how they all go. It is in Japanese. The action starts at around 1:10 mark. Feel free to comment on what you think of the test below.