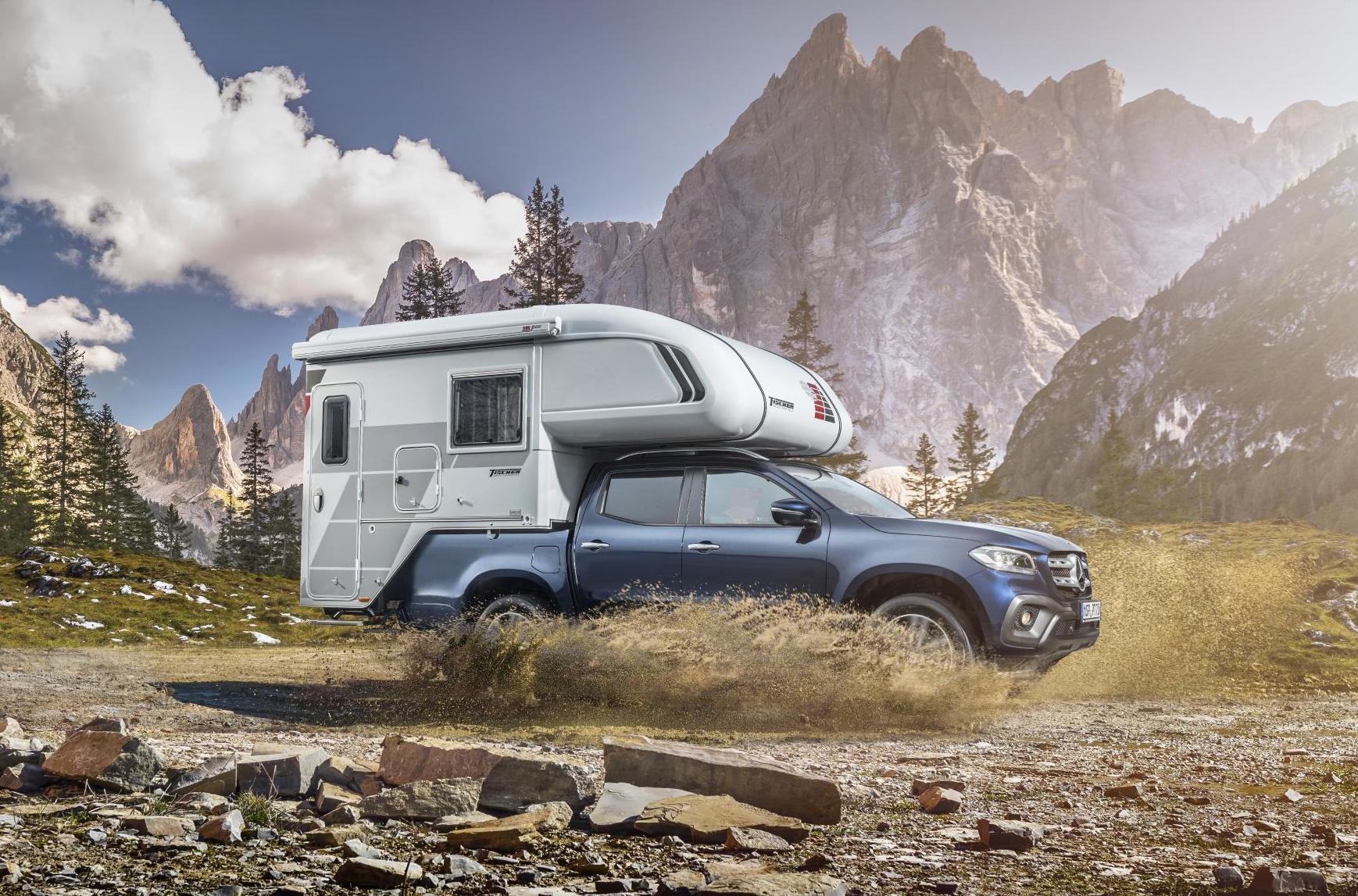 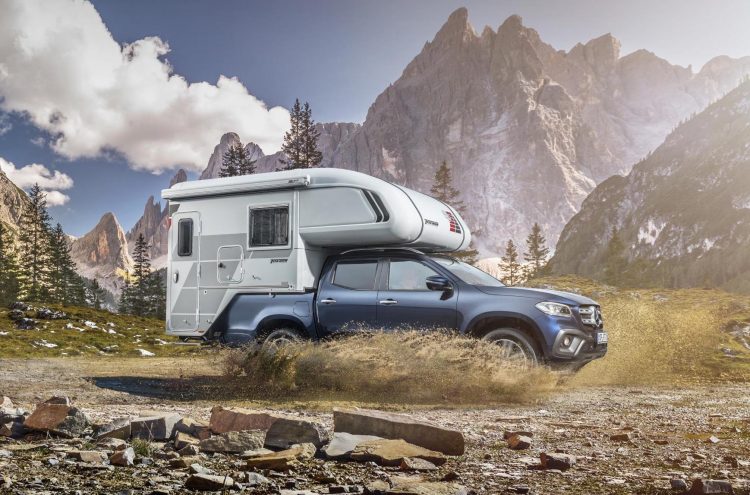 The concepts are being exhibited at the Caravan, Motor, Touristik show in Stuttgart, showing off the broad appeal of the new X-Class. These were made with help from camper specialists Tischer and VanEssa.

Mercedes says camper van owners tend to use their vehicles to venture into remote regions that aren’t on sealed roads, such as in the Scottish Highlands and in remote passes in Romania’s Carpathian Mountains. In these conditions the X-Class seems like a great alternative to traditional camper vans.

Revealed in 2017, the X-Class is heavily based on the Navara and features similar running gear and heavy-duty off-road capability. However, being a Mercedes means there is a high level of comfort and luxury to be enjoyed as well. In other words, it offers the ideal foundations for a long-haul camping vehicle.

The demountable cabin concept is made by bodybuilder Tischer. It features a sleeping area that’s 150cm wide, with headroom of almost two metres. There’s also a kitchen area with a three-burner gas stove, and three seats that can fold down into another bed. 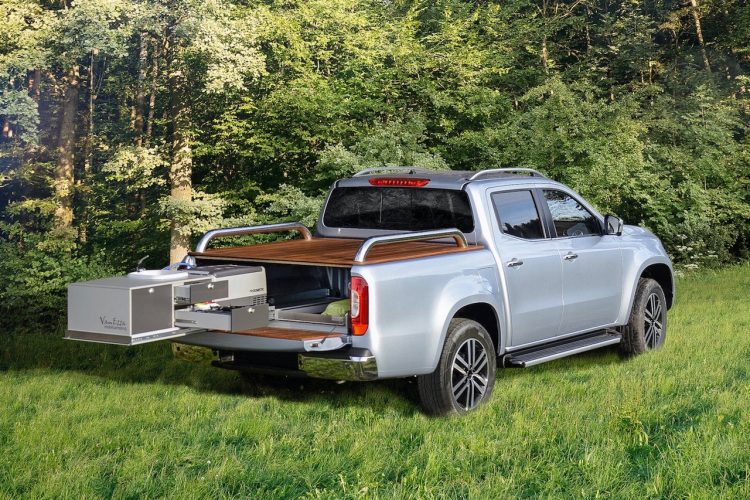 Another concept uses the help of VanEssa, incorporating a heavy-duty pull-out module weighing around 250kg. It comes packaged with a fully equipped kitchen, complete with a cool box, cooking and washing facilities, and storage.

The packages are set to go on sale in Germany soon, although it’s unclear if they will be offered through Mercedes dealers or as an after-sales conversion.

We’re sure an Australian company will come up with equivalent setups as well when the X-Class arrives here in the first half of this year. Aussie prices have been confirmed to start from $45,450 for the X-Class.