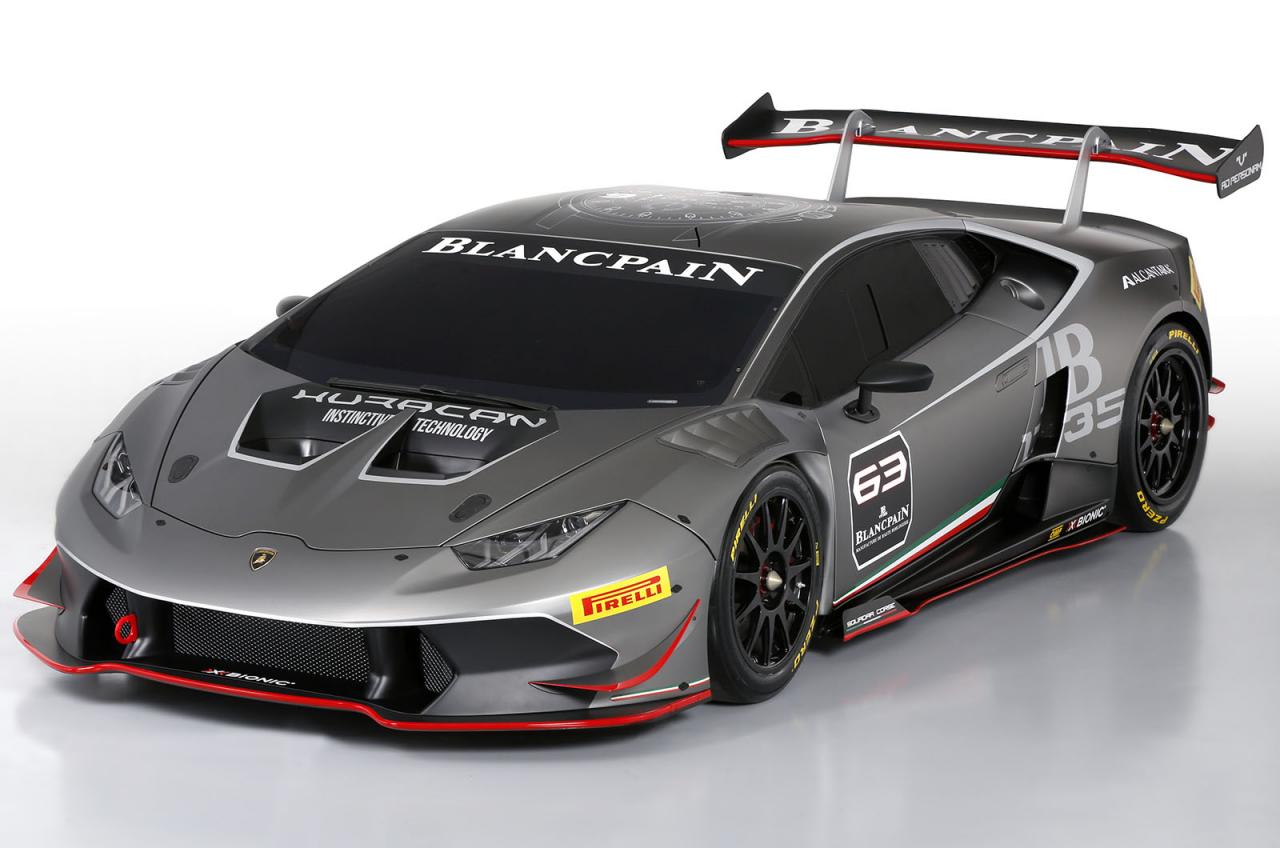 Lamborghini has officially revealed its new Huracan LP 620-2 Super Trofeo racing car. It debuted at the Quail Motorsports Gathering on the weekend. 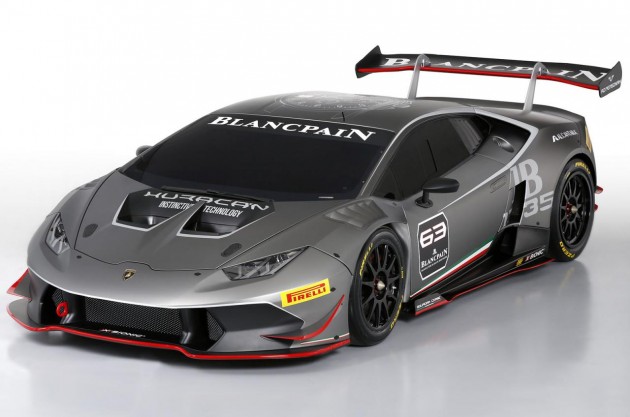 The new racing car is based on the Huracan road car, which is the replacement to the old Gallardo. It features a noticeably more dramatic body, a stripped out cabin, and a revised powertrain.

Specific details and engine data hasn’t been revealed, however, judging by the ‘LP 620-2’ name, it is rear-wheel drive, unlike its all-wheel drive road-going counterpart.

In the engine compartment is a 5.2-litre naturally aspirated V10 that has been mildly modified to suit racing. Power output is said to have been lifted from 449kW to around 455kW.

The power lift probably comes from a freer-flowing racing exhaust and a different computer tune to cope with countless flat-out laps at the circuit. 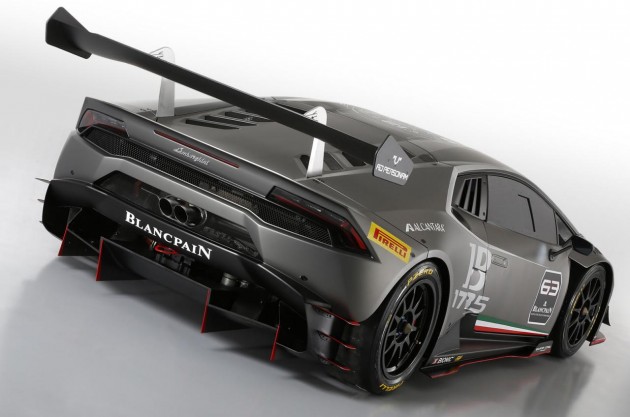 In other areas, the Huracan Super Trofeo is completely stripped out inside leaving just a serious bucket seat for the driver, a comprehensive roll cage system, and relevant fire extinguisher components.

All in all the Huracan has apparently lost around 250kg in weight. The regular LP 610-4 model tips the scales at 1422kg (dry weight), which means this weighs around 1172kg.

With the drop in weight and lift in power, the Super Trofeo is likely to be extremely quick around the circuit, and even quicker than the Gallardo Super Trofeo that it replaces.

On the outside the Huracan body is dressed up with a very aggressive bodykit, incorporating wider front guards, a sharp chin splitter system at the front with corner wings, side skirts, and a super-chunky diffuser at the back. There’s also a massive rear wing for added downforce.

The new model will compete in various championships around the world next year, including the Super Trofeo series.