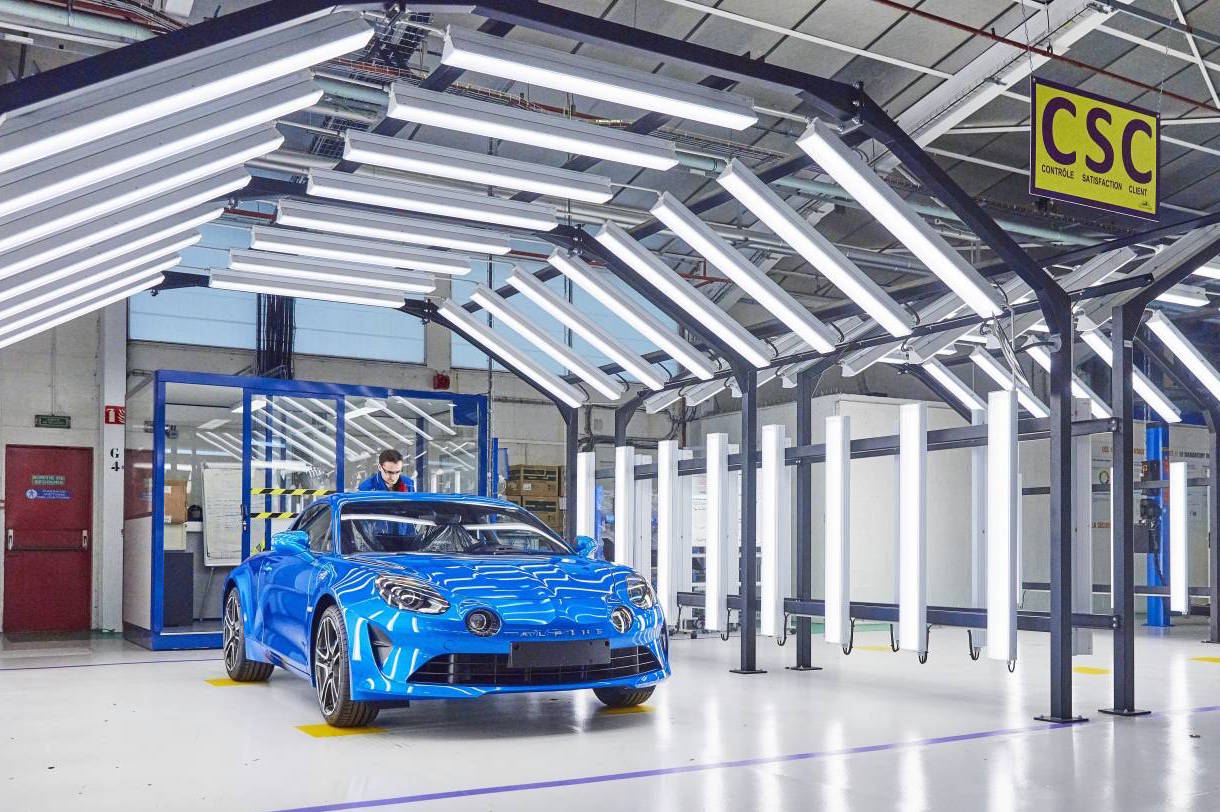 Production of the new Alpine A110 has commenced at a refurbished historic facility in Dieppe, France, with a special ceremony put on including guests Carlos Ghosn, Renault CEO, and Bruno Le Maire, France’s Minister for Economy and Finance. 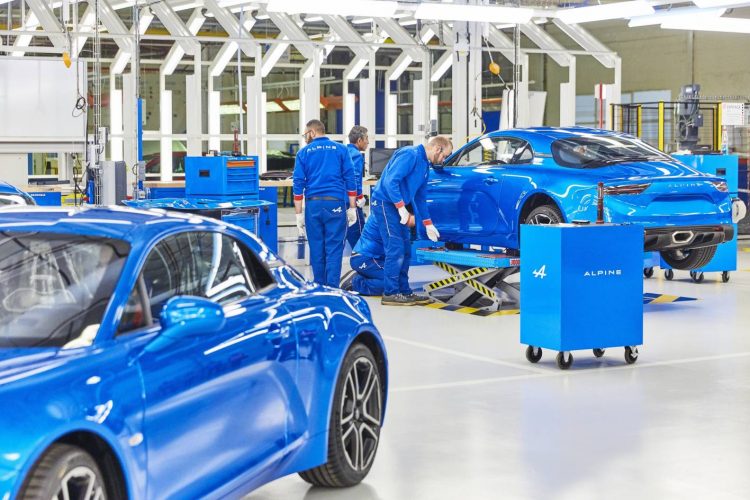 The production of the new model takes place in the same location where the original Berlinette was built over 50 years ago. Ghosn says it was a challenge to reproduce the classic, but with help from the local government, and from the Renault-Nissan Alliance, production is now underway. Ghosn said:

“Investment totalled more than €35 million, 151 people have been recruited and the factory has been refurbished. The excellence and French-style elegance that the brand stands for are more than just claims; today, in Dieppe they are an industrial reality.”

The factory is tasked with assembly of the A110’s all-aluminium body and chassis, while a new sanding shop and cleaning robots recently installed ensure a premium paint finish for all units built.

The new Alpine A110 is turning out to be a very desirable sports car, with early reviews giving it top marks for driving fun and dynamics. It features a 1.8-litre turbo four-cylinder producing 185kW and 320Nm, connected to a rear-wheel drive system.

Renault Australia has confirmed the A110 will go on sale in Australia in 2018. Prices are yet to be confirmed, but interested punters are being encouraged to speak with their nearest Renault dealer to make their pre-orders.