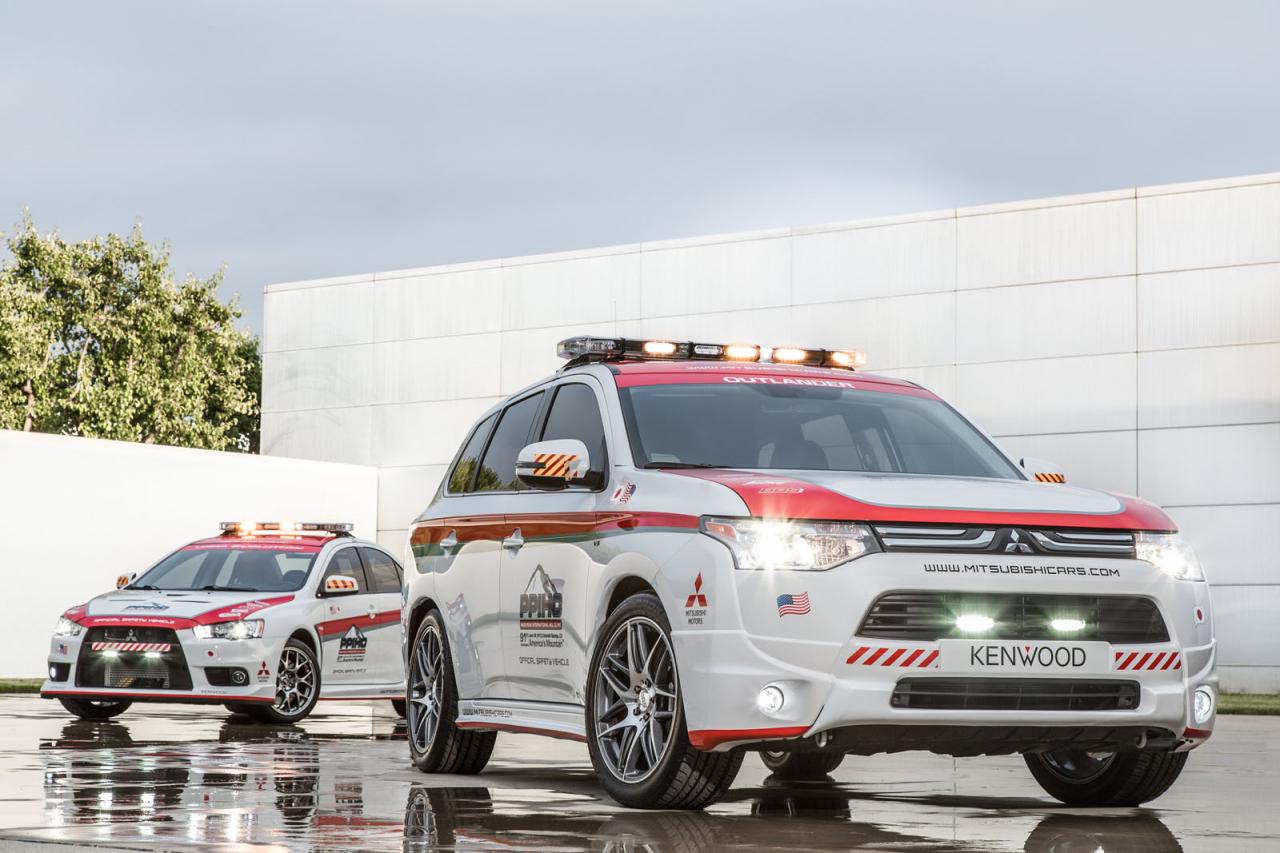 To assist with safety during the Pikes Peak International Hill Climb, Mitsubishi has provided two specially prepared and slightly modified safety vehicles for the event, including a Lancer Evolution X and a Outlander SUV. 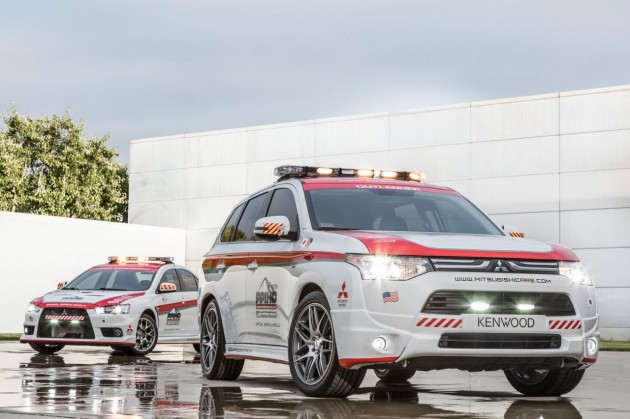 The Pikes Peak ‘Race to the Clouds’ is a major event on the international motorsport calendar, with various very serious cars and big-name drivers, and manufacturers, taking part in the action.

Official specifications haven’t been announced for these two emergency vehicles, however, they were made with help from companies such as BBS, AEM, Cobb Tuning, Muellerized Suspension Tuning, Kenwood, and DC Shoes. They come with LED fog lights, BBS alloy wheels, and a unique livery. 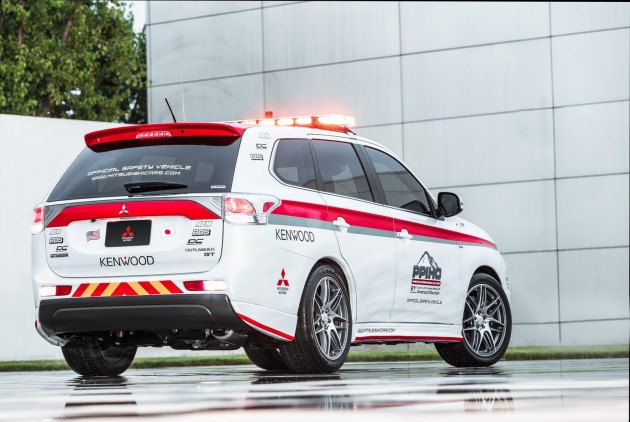 The vehicles certainly look the part, and both feature all-wheel drive to ensure maximum traction, ready for any circumstances that might be thrown their way.

Mitsubishi will also be competing at the event this year with a bespoke i-MiEV Evolution II racing vehicle. It’s powered by an electric motor system providing all four wheels with a combined output of 400kW. It will be going for the electric vehicle climb record.