It’s finally here. Well, not here, but on its way. The new Acura NSX (Honda NSX) concept has been unveiled at the 2012 North American International Auto Show in Detroit. The concept previews what we can expect in the future NSX production car. 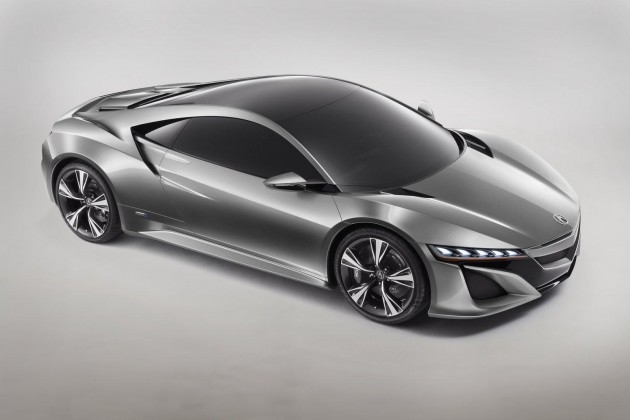 The Honda NSX is one of those cars that is praised by car experts, driving enthusiasts and all-round rev-heads all around the world. It showcased an agile, lightweight chassis, all wrapped up in a highly focused, high-revving driver’s package.

Definite specifications on the new concept, and new production car, haven’t been finalised yet, but it’s understood it is powered by a mid-mounted V6 engine, supported by a electric motor system mounted at the front axle. Overall power is said to be 298kW, while the weight of the car will be very low, making way for 0-100km/h times in under 5.0 seconds.

The drive system consists of Honda’s Sport Hybrid SH-AWD (Super Handling All Wheel Drive), with two electric motors called Honda Drive Units, mounted inside the front wheels. The rear wheels will be powered by a next-generation VTEC V6 engine with direction injection, while all power will be sent through a dual-clutch automatic transmission.

Honda president Takanobu Ito said has previously said the new Honda NSX will be designed with lightweight being its main focus, as well as efficiency. He said at its unveiling,

“Like the first NSX, we will again express high performance through engineering efficiency. In this new era, even as we focus on the fun to drive spirit of the NSX, I think a supercar must respond positively to environmental responsibilities.”

As for the styling, it’s clear to see the new Acura NSX concept is similar to the concept first presented in the movie The Avengers. It’s low profile, sleek, and very modern. At the front there’s a set of LED headlights, with clean cut lines that extend into the bonnet and down the side of the body. 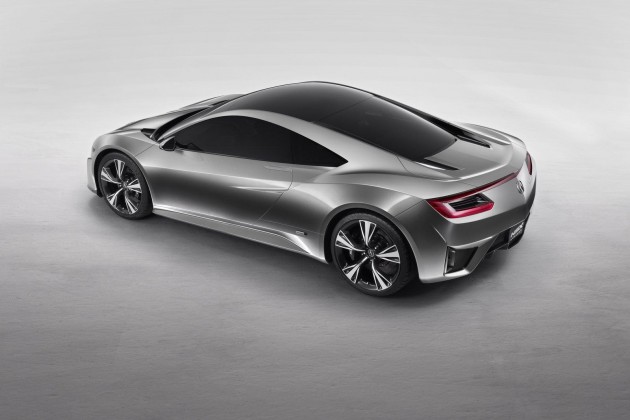 While he rear end is sharp, featuring diagonal lines which support a chunky rear diffuser. There’s also a set of indented taillights lights which are joined via a thin line that runs underneath a lip spoiler.

A production version of the new Honda NSX is set to hit showrooms in the next three years. It will be produced at the Honda R&D Americas facility in Ohio, USA.