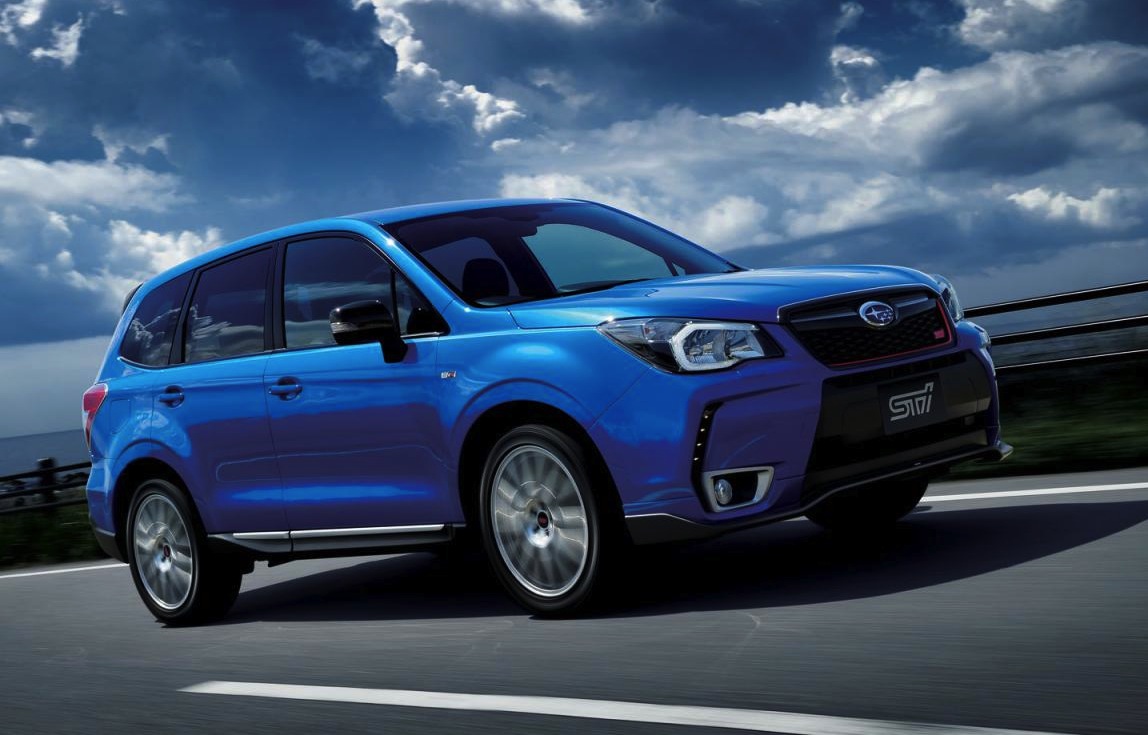 Subaru Tecnica International (STI) has released official details on a new limited model called the Forester tS. The company says it’s aimed to be “an on-road vehicle which has a rugged styling, responsive handling performance and quality feel”. 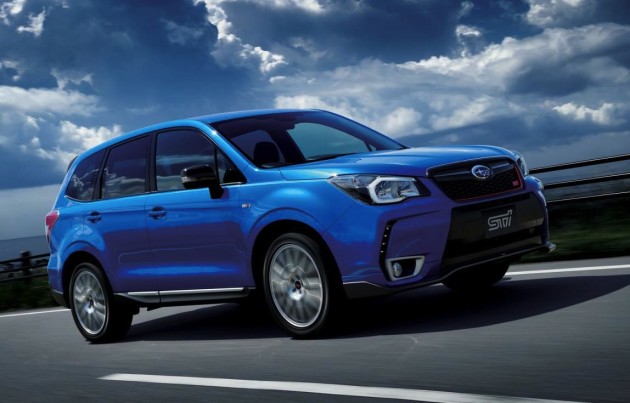 Starting with the 2.0-litre turbo engine, STI has made adjustments to the car’s ECU, fiddled with the transmission control unit for the Lineartronic CVT transmission, added a CVT oil cooler, and made changes to the vehicle dynamics control. Power is rated at 206kW and 350Nm, giving the tS an overall power boost of 29kW over the XT (Australian spec XT) while torque remains the same. There’s also the addition of an exclusively-tuned Sport Sharp mode, available via the car’s SI-DRIVE.

The ride height has been lowered by 15mm thanks to sport-tuned suspension, and there’s also an STI strut tower brace, STI flexible rear support subframe, and an STI flexible draw stiffener front and rear to help keep the SUV feeling agile.

The car’s exterior has been given a sportier look thanks to new black window side moulds, black mirrors, a black roof spoiler, metallic silver fog light bezels, a cherry red pinstripe on the rear bumper and new black front grille, STI under spoilers front and rear, and host of STI and tS badging. The wheels are 19-inch BBS items wearing 245-wide rubber, and the STI-labelled brakes are courtesy of Brembo.

Step inside the tS and you’re greeted with leather and Ultrasuede trim that features red stitching and red accents, black trim on the pillars, roof, and window sills, an STI leather steering wheel and gear knob, and a 260km/h luminescent speedometre featuring the STI logo.

The Forester tS is being limited to just 300 units, and will be sold only in Japan. Preorders for the special model will close on April 5, 2015.