Ford only just unveiled its latest EcoBoost racer, the Daytona Prototype, a couple of days ago. A video has now been released going over some of the details and philosophy behind the race car’s engine, which is based on a 3.5-litre EcoBoost turbo V6 from a production car. 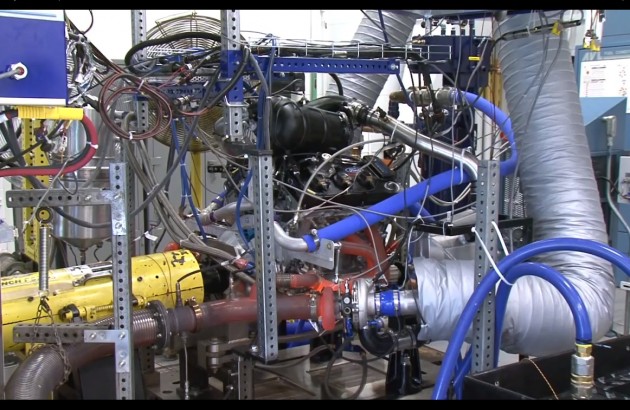 As described in the video, Ford Racing has adopted the 3.5-litre turbo V6 for the Daytona Prototype, using stock heads and block, while accessories and external components are swapped to suit racing environments and demands.

Ford is serious about its EcoBoost technical philosophy and wants customers to see there is a clear connection between products available from the showroom and products used on the race track in motorsport. As Jamie Allison, Ford Racing director, says in the video,

“It actually goes back to the spirit of Henry Ford himself. He wanted to race to showcase his technology of the time, and we race today for the same reasons he raced back then.

The V6 is not currently available in any local Ford product, however, that is likely to change in the near future with vehicles such as the Ford Mustang, and potentially the Everest SUV arriving on the scene in the next few years.

Ford will compete at the 2014 24 Hours of Daytona with the new project car. It will also compete in next year’s 12-race TUDOR United SportsCar Championship season.