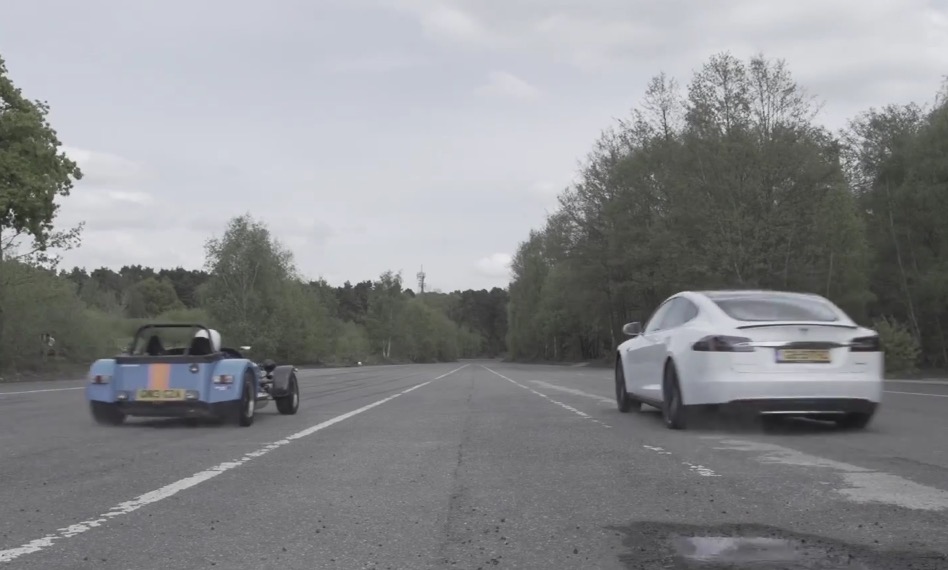 Here are two very different vehicles which you would never expect to line up for an angry battle. A 2238kg electric luxury sedan squaring up against a 545kg featherweight club-racer. 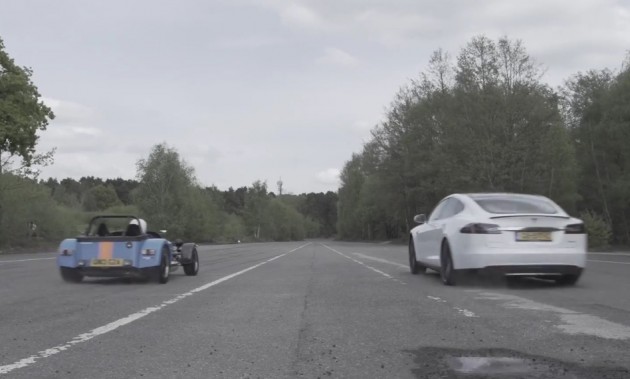 The drag racing escapades of the Tesla Model S P85D have become a viral hit, going toe-to-toe with hypercars and steroid-infused muscle cars alike, such as the 527kW Dodge Challenger Hellcat. But has it met its match in the form of Caterham’s brutal, 230kW 620R? UK publication Autocar decided to find out.

On paper, the 620R has a considerable edge, with a 2.3kg:1kW power-to-weight ratio superior to big Tez’s 4.4kg:1kW ratio. But that doesn’t tell the whole story. The Tesla has 931Nm of torque and is all-wheel drive, with the added advantage of an electric motor developing that figure from zero RPM. This compares to the Caterham’s 296Nm figure at a stratospheric 7350rpm. Maybe things aren’t so clear-cut after all.

So who will triumph? The electric torque missile? Or the welterweight champion with performance-enhancing substances? The only way to see how this blood bath pans out is by watching the video below.