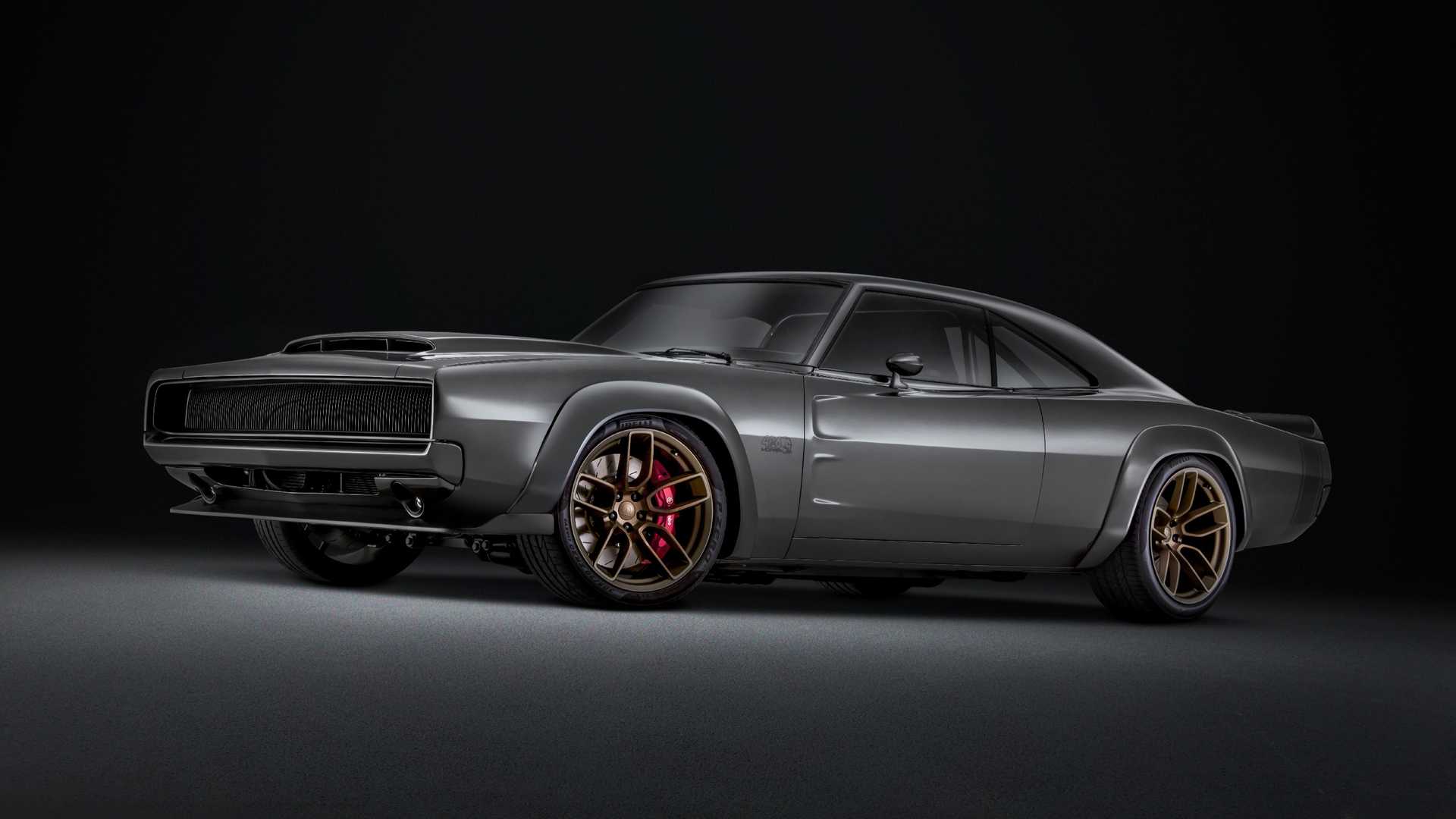 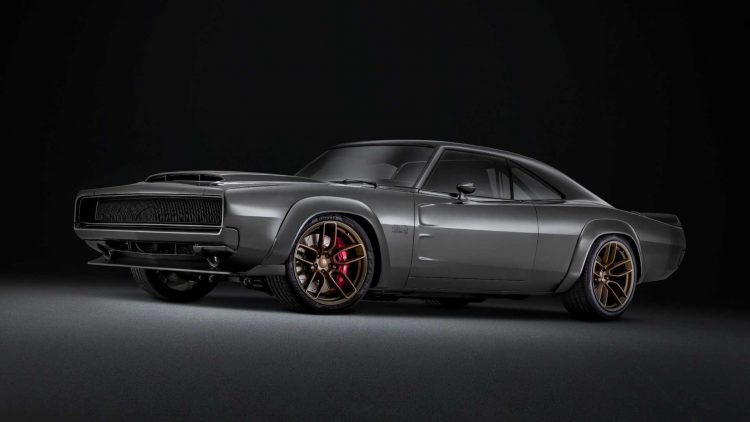 The Hellephant 426 HEMI is a new crate engine option for enthusiasts to purchase for their project cars. And what better way to showcase the engine than with a classic restomod Dodge Charger? It’s regarded as one of the most iconic vehicles ever built by FCA, and in concept form the muscle car is transformed into a modern beast.

It might be based on an old car but you could basically call it brand new, as almost every component in the concept has been swapped for something fresh. Check out the wide stance, for example, which is made possible thanks to some pumped out wheel arches made from fibreglass.

Inside the wheel arches are the 20-inch and 21-inch wheels from the Challenger SRT Hellcat, measuring 12 inches wide on the rear. Due to the massive arches the wheelbase is actually extended from 117 inches to 119 inches. The body is also dropped 2.5 inches at the rear and 3.5 inches up front. Meanwhile, behind the wheels are some Brembo brakes to ensure stopping power. 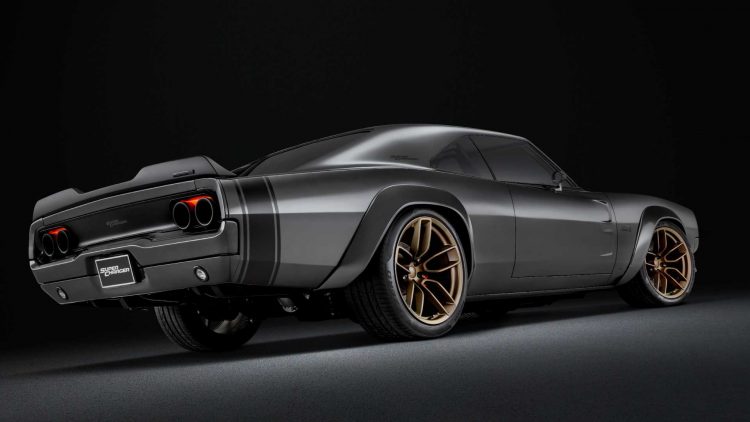 For the passengers, the interior has been completely overhauled and features satin black trimming with ‘Hellephant’ logos. There’s also a body-coloured centre console with a starter button, and toggle switches for the headlights, wipers and fog lights. Front passengers are treated to a set of sports seats taken from the Dodge Viper, covered in Alcantara leather.

There are no plans to put the 1968 Dodge Super Charger Concept into production, which is pretty obvious. But you can buy a Hellephant engine and transplant it into an old Charger yourself.