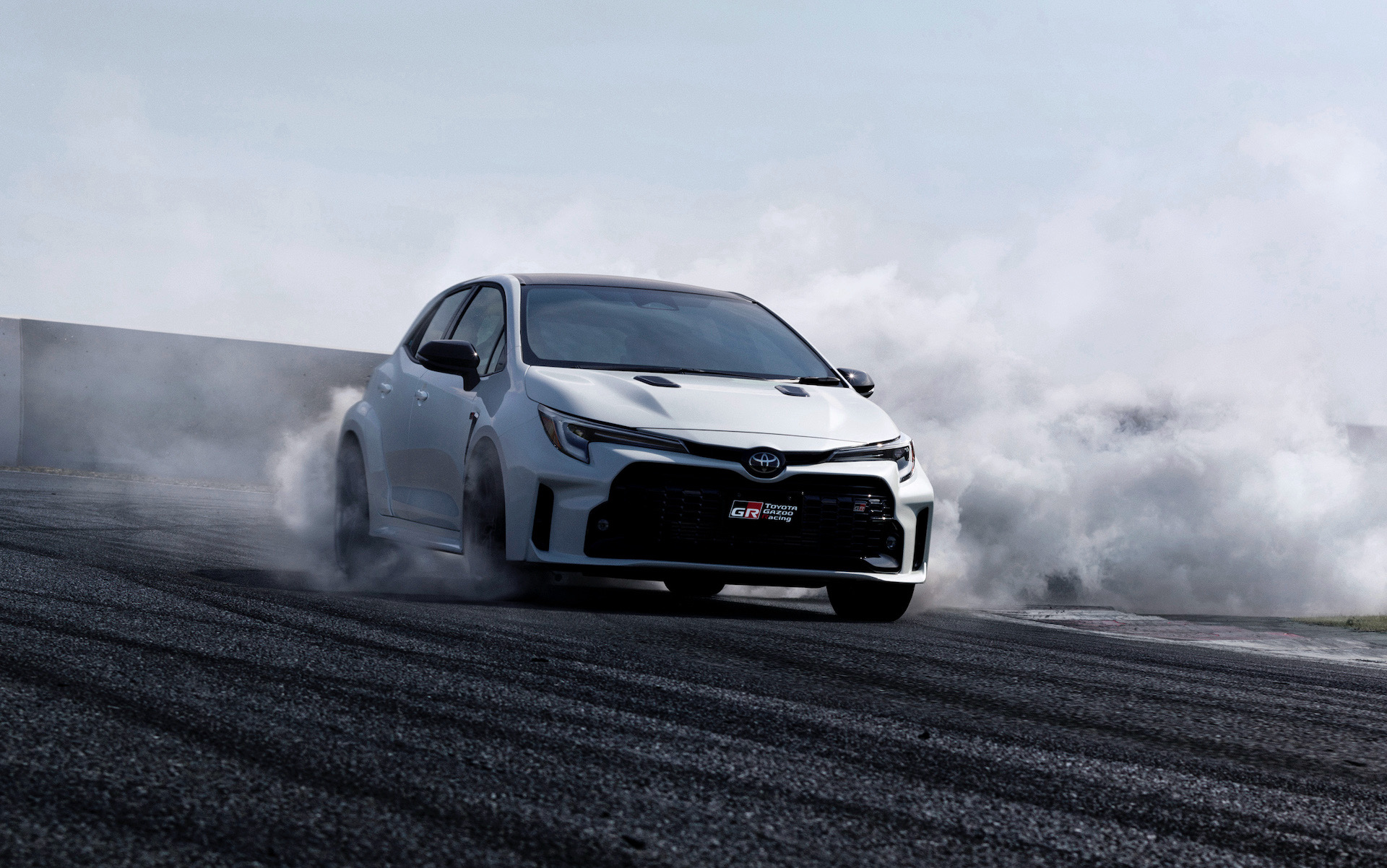 This is it. The all-new Toyota GR Corolla. We’ve all been waiting for Toyota to offer a hot hatch version of its most famous model, and now it has finally debuted and it will be offered in Australia. 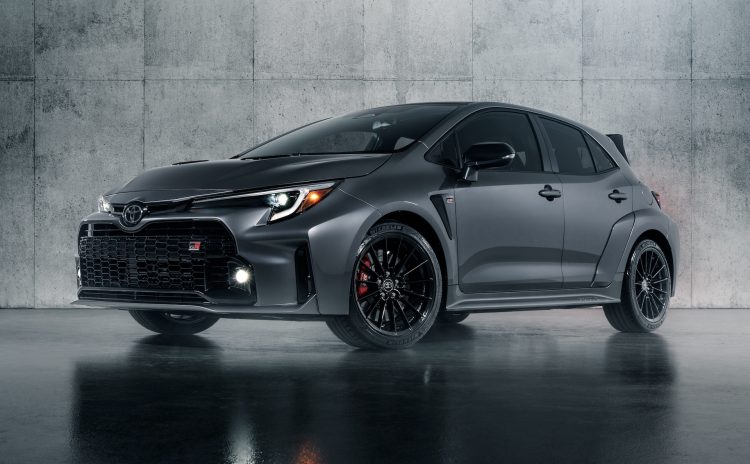 Building on from the GR Yaris, the new GR Corolla showcases an aggressive body with bespoke wheel arches that are pumped right out, low skirting all around, and a unique front end complete with an almost full-width grille and deep side intakes. A special Circuit edition will also launch for MY2023 only, equipped with a vented bonnet and other tasty bits and pieces.

Around at the back is a neat diffuser, and, strangely, a third exhaust pipe poking through the middle. We’re not sure what this is about exactly as it does look a bit odd in our opinion. Toyota says it helps to reduce back-pressure. Up top is a big wing mounted near the roof. 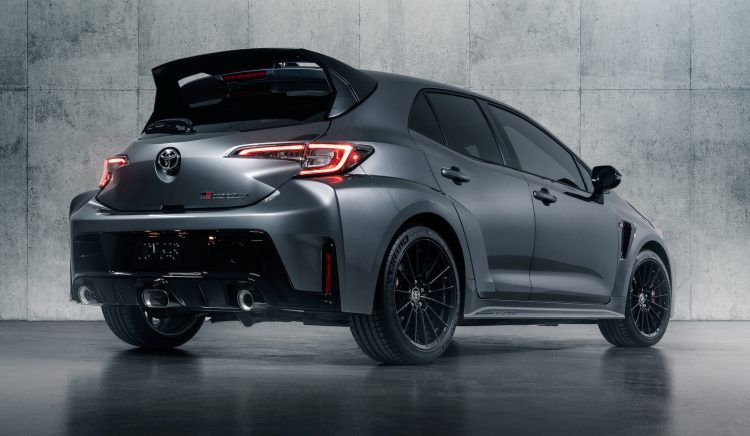 So, perhaps the most important bit, the engine? It is powered by the record-breaking 1.6-litre turbo three-cylinder engine, codenamed G16E, from the GR Yaris. The engine is tweaked to 224kW (304PS) for the Corolla, up from 200kW in the local Yaris. Torque remains unchanged, at a very impressive (for a 1.6) 370Nm.

All of that is channelled through a six-speed manual transmission and into a ‘GR-Four’ all-wheel drive system incorporating a multi-plate clutch. Drivers have three drive delivery modes to choose from, likely similar to the GR Yaris which offers a 50:50 power distribution setting, and up to 30:70 front-to-rear ratio, depending on the mode. A Torsen limited-slip differential is standard at the front and rear. 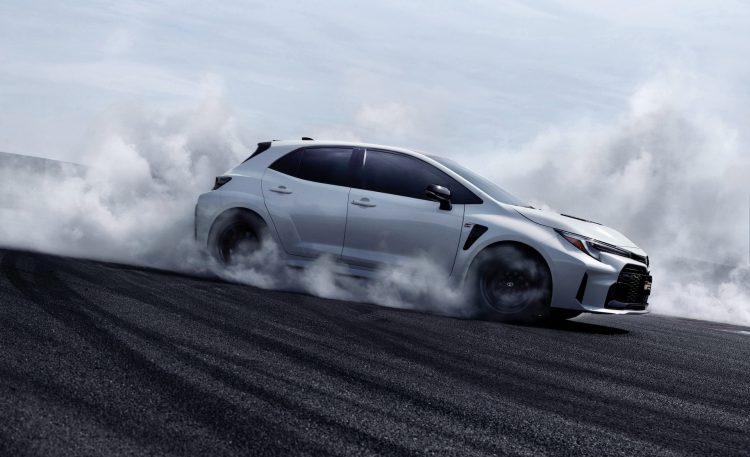 Grip is provided by a set of Michelin Pilot Sport 4 tyres (also listed as Yokohama Advan Apex V601 for the Japanese market) measuring 235/40, mounted on a 18-inch alloy wheel. Sports suspension ensures optimum body control and decent ride comfort, with MacPherson struts at the front and a double-wishbone rear.

The interior is pretty much like the regular Corolla. However, special GR sports seats help cradle the passengers, and there’s a bespoke steering wheel, gauge cluster, and other little GR highlights to clarify its significance. Boot space is likely to be reduced slightly due to the rear differential.

Toyota Australia has today confirmed the GR Corolla will go on sale locally some time later this year. Prices and local specs are yet to be finalised, but given the GR Yaris retails from $49,500, we’d expect this Corolla to kick off from around $59,500, at least. See below for the key preliminary specs (for the Japanese market): 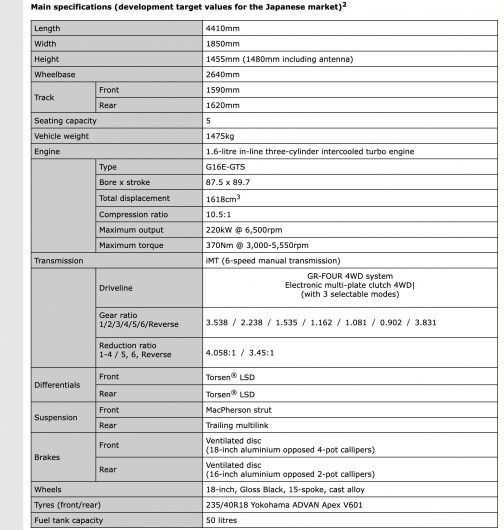