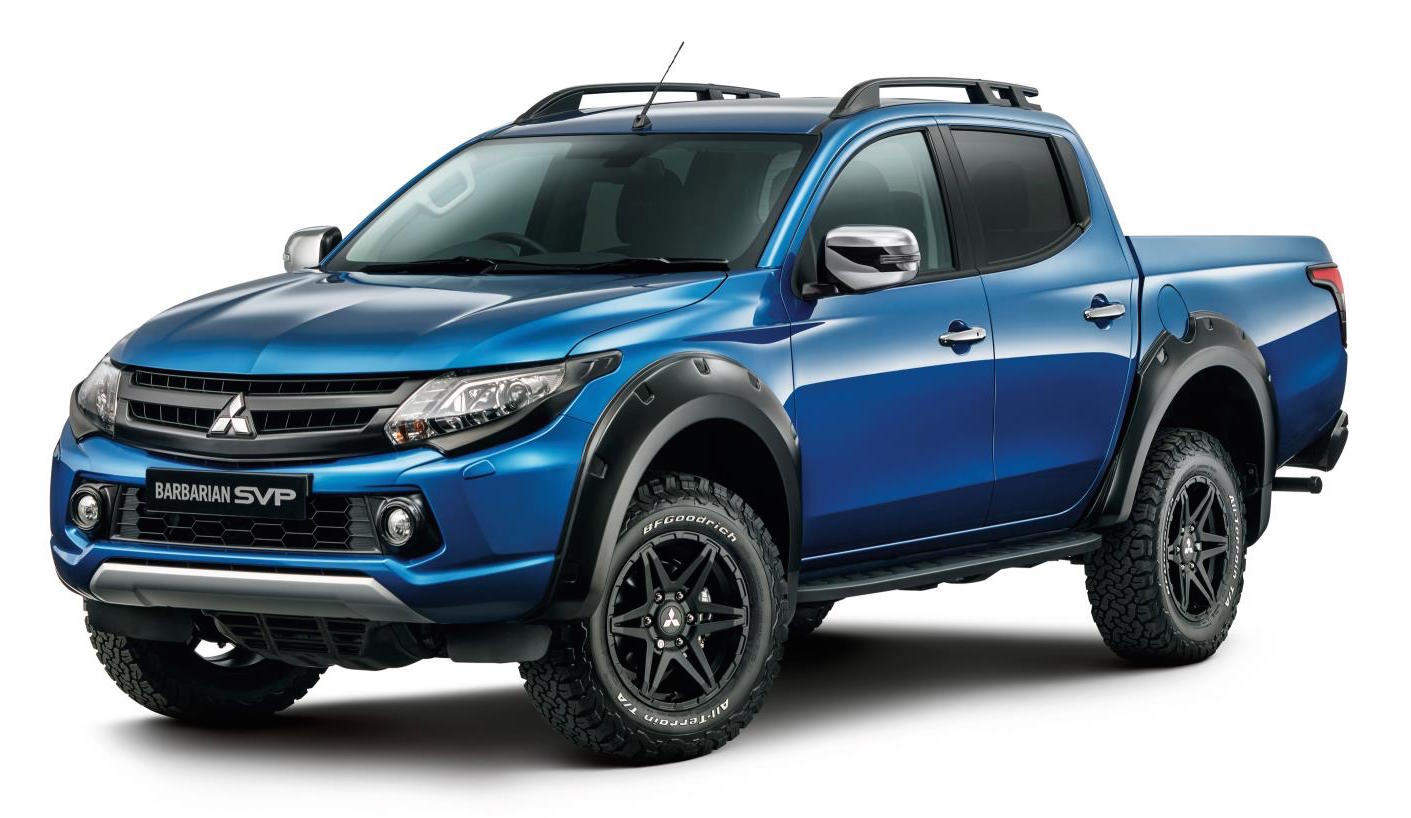 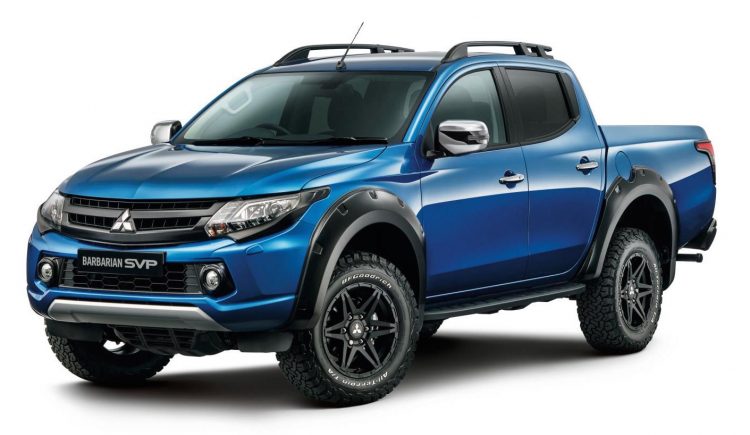 The special edition coincides with the announcement of a new division within Mitsubishi called Special Vehicle Projects, and it has made its public debut at the 2017 Commercial Vehicle show in England.

Mitsubishi is planning to launch a number of highly bespoke packages in the future through SVP, in the UK at least, featuring visual and specification changes over the regular counterparts.

For this first model, based on the L200, which is very similar to our local Triton, the SVP team has given it some aggressive BF Goodrich tyes mounted on unique 17-inch black alloy wheels, shrouded by custom wheel arch extensions in black.

There’s also an all-new front grille design with black mesh, black headlight and taillight surrounds, black roof rails and rear bumper bar, and a set of “shark fin-inspired” side steps, along with puddle lamps, a soft-opening tailgate, and some SVP badges.

No changes are made under the bonnet, which means the SVP edition is fitted with the same 2.4-litre turbo-diesel four-cylinder as the regular L200, producing 133kW and 430Nm (same as Australian spec Triton). It can be had with a six-speed manual or six-speed automatic.

Mitsubishi is planning to make just 250 examples of these Barbarian editions, available in blue and black. At this stage there’s no sign of them heading to Australia, but with the ute segment so popular here we’re sure there is plenty of demand for the SVP brand to head our way.