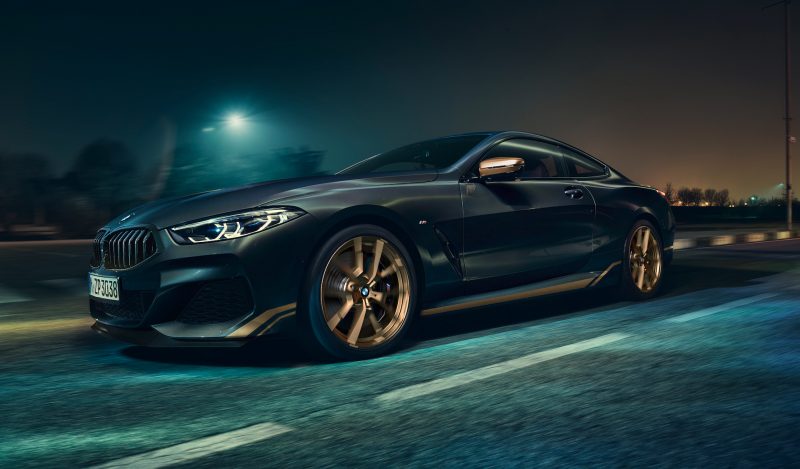 The mega BMW 8 Series has only been on the market for a little while but BMW is already spicing up the nameplate with this. The 8 Series Golden Thunder Edition, available for all body layouts; coupe, convertible and Gran Coupe. 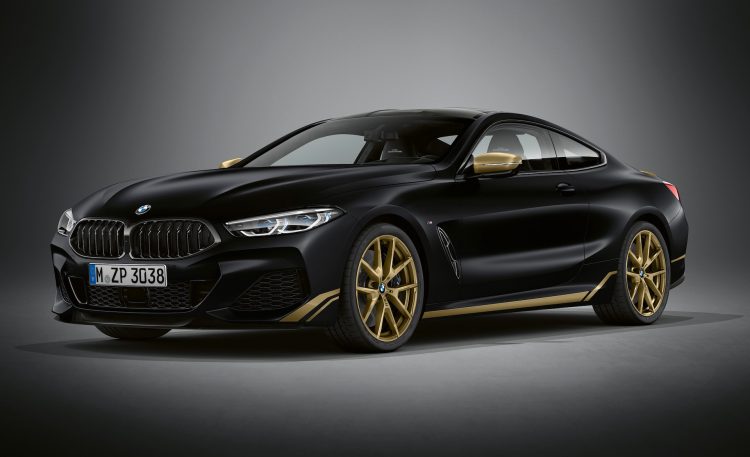 It’s essentially a showcase of some of the possibilities of the BMW Individual department. This seems fitting as the 8 Series has always been a rather exclusive model. For example, the body is coated in Frozen Black metallic (matt finish) for ultimate street cred’, or buyers can stick with Sapphire Black metallic for a gloss finish.

Now, the ‘golden’ element comes in the form of gold accent lines that run from the front end, along the side skirts, and to the rear apron. These are complimented with gold side mirrors, a gold M rear spoiler (coupe only), and a set of 20-inch M light alloy wheels finished in gold. 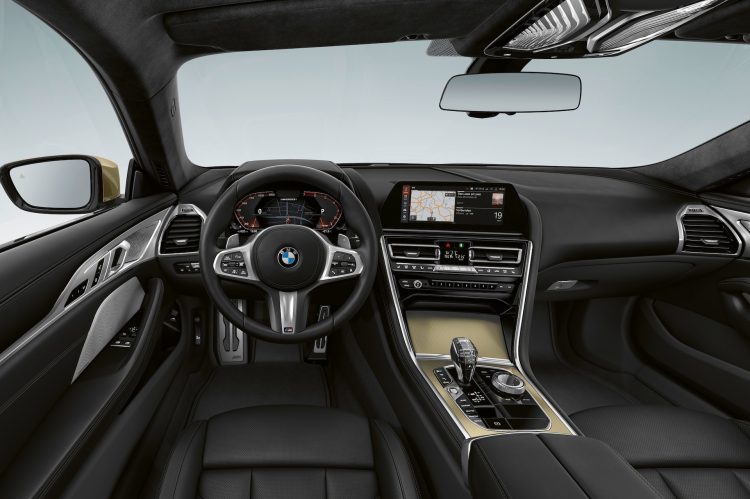 Inside, passengers are treated to the extended BMW Individual Merino black leather package, with ‘Edition Golden Thunder’ embroidered on the front seats, BMW Individual’s Alcantara Anthracite roof liner (coupe and Gran Coupe only), and trimmings in gold Aluminium Mesh Effect on the console.

Other standard features include the M Sport pack, which is already standard on all 8 Series models, as well as the CraftedClarity glass inserts for the gear selector and iDrive controller, and a high-end Bowers & Wilkins Diamond surround sound system.

BMW hasn’t specifically said what ‘golden thunder’ is in reference to, however, the company says the special edition is available across the 8 Series range, from 840d to M850i. Production will take place at BMW’s Dingolfing facility in Germany, starting from September.