If you had an exotic super car, would you take care of it? You’d think most people would. Not the owner of this Ferrari California though. The car was recently spotted sitting in a flooded car park. 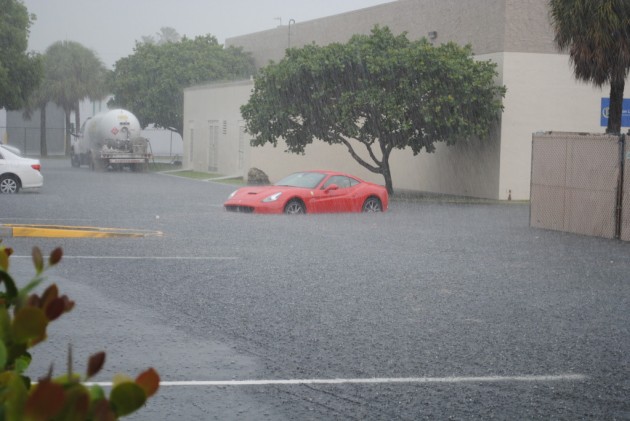 It’s unknown what happened to its owner, or if the owner is even aware that his/her California is semi-submerged in water. One thing’s for sure, if the water level went up much higher, the cabin would need more than a wiping down.

It appears as if the water level is just at the bottom of the door, right along the sill. Depending on how well sealed the rubbers were, water may have seeped into the luxurious leather interior.

The image was taken by a luxury4play forum member who spotted the Prancing Horse near where he worked. He said that he was thinking of towing the car away, but was worried about the obvious legal issues.

Still, if someone is going to steal it, it’s got to go to a better owner than the current one, surely?

If it’s any consolation, flash floods can creep up very fast. There is the possibility that the owner simply didn’t get time to save it.