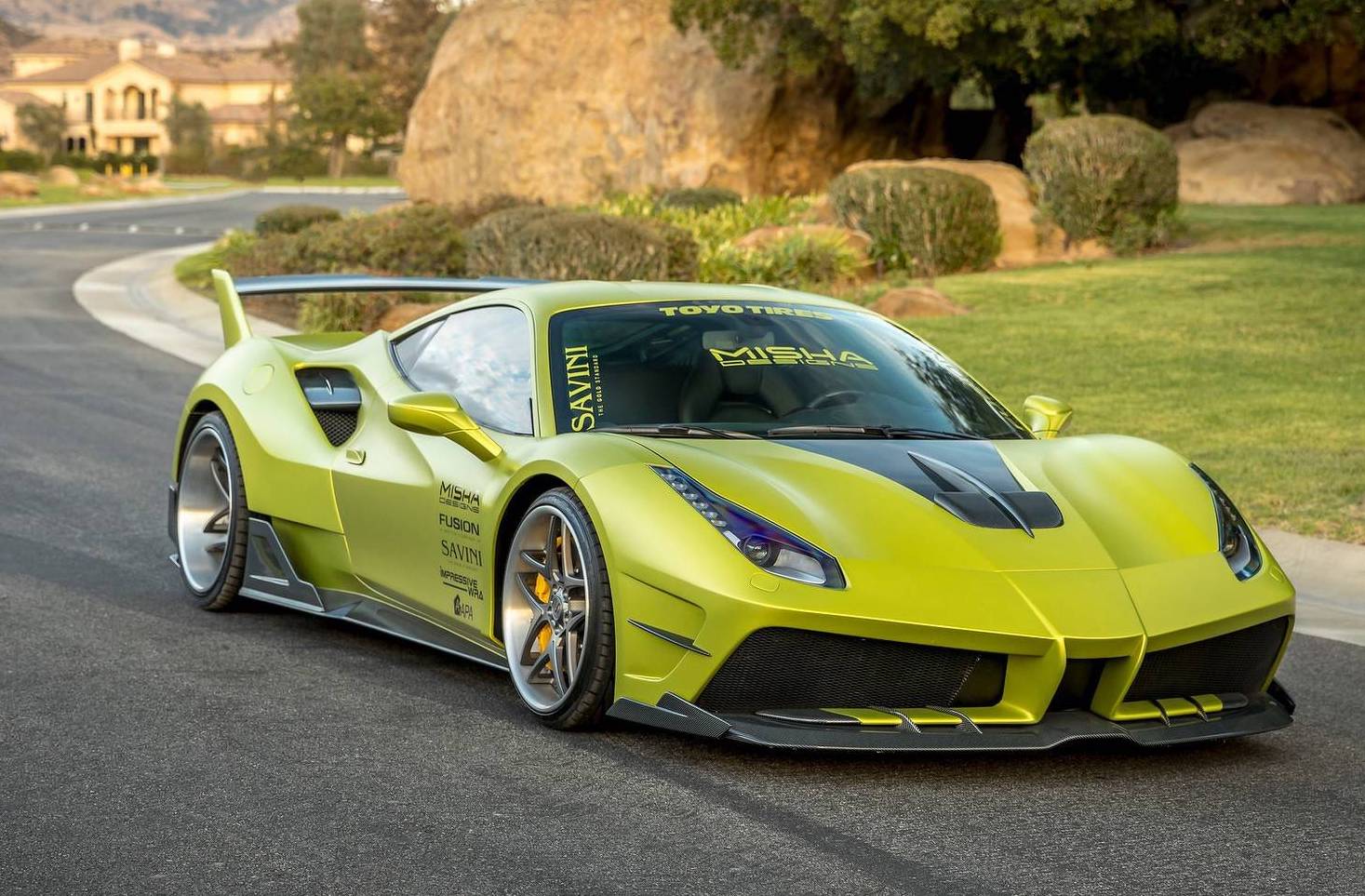 Having trouble not standing out enough in your Ferrari 488 GTB? Here’s an aftermarket kit that might help you with your strange problem, by Misha Designs. 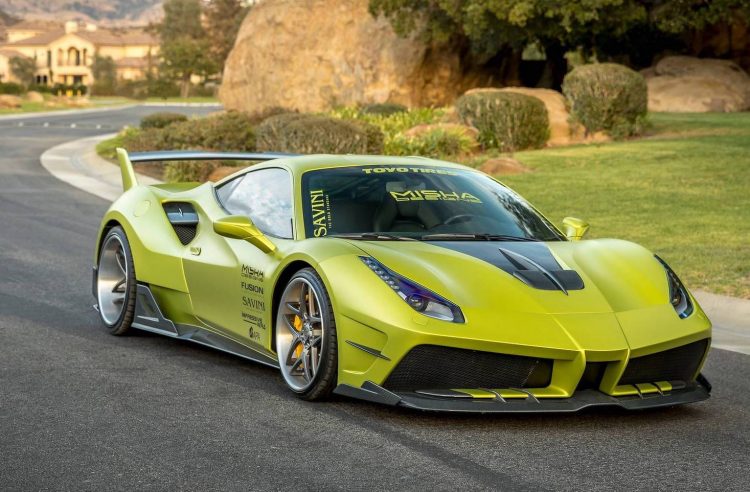 Starting with a regular 488 GTB, Misha Designs has come up with a complete wide-body bodykit that uses unique front and rear bumper bars, and extended wheel arches front and rear. It adds about 76mm to each side.

On top of this, literally, is a satin lime green wrap to help the supercar really pop. The wrap covers the entire body and even parts of the massive rear wing which has been added on. Like the wing, the bodykit is made from carbon fibre so as to not impair the Fezza’s natural power-to-weight ratio. 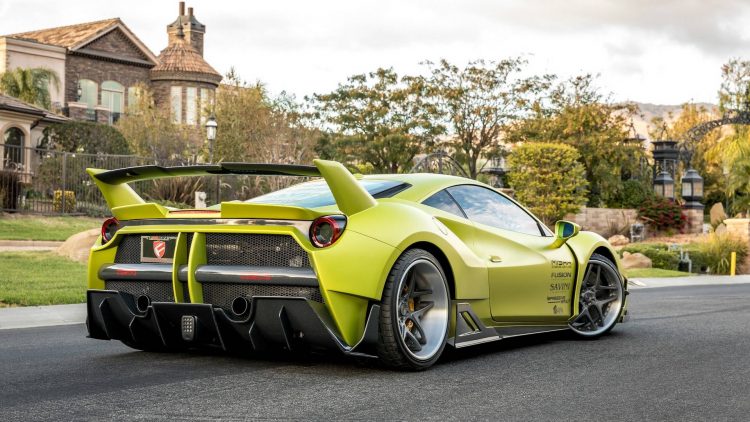 In other areas of the body you’ll notice carbon fibre skirting around the front end, carbon side winglets just in front of the rear wheels, and a carbon intake splitter just behind the doors. Completing the visuals is a set of Savini alloy wheels with Toyo tyres.

Misha hasn’t mentioned anything about engine tuning, however, the standard 3.9-litre twin-turbo V8, that churns out 492kW and 760Nm, is probably potent enough to match the flamboyant design.

The company is planning to make just 20 examples of the kit, with other more conservative kits also up for grabs. If you want your Ferrari to look more like a Pagani, here is you chance.