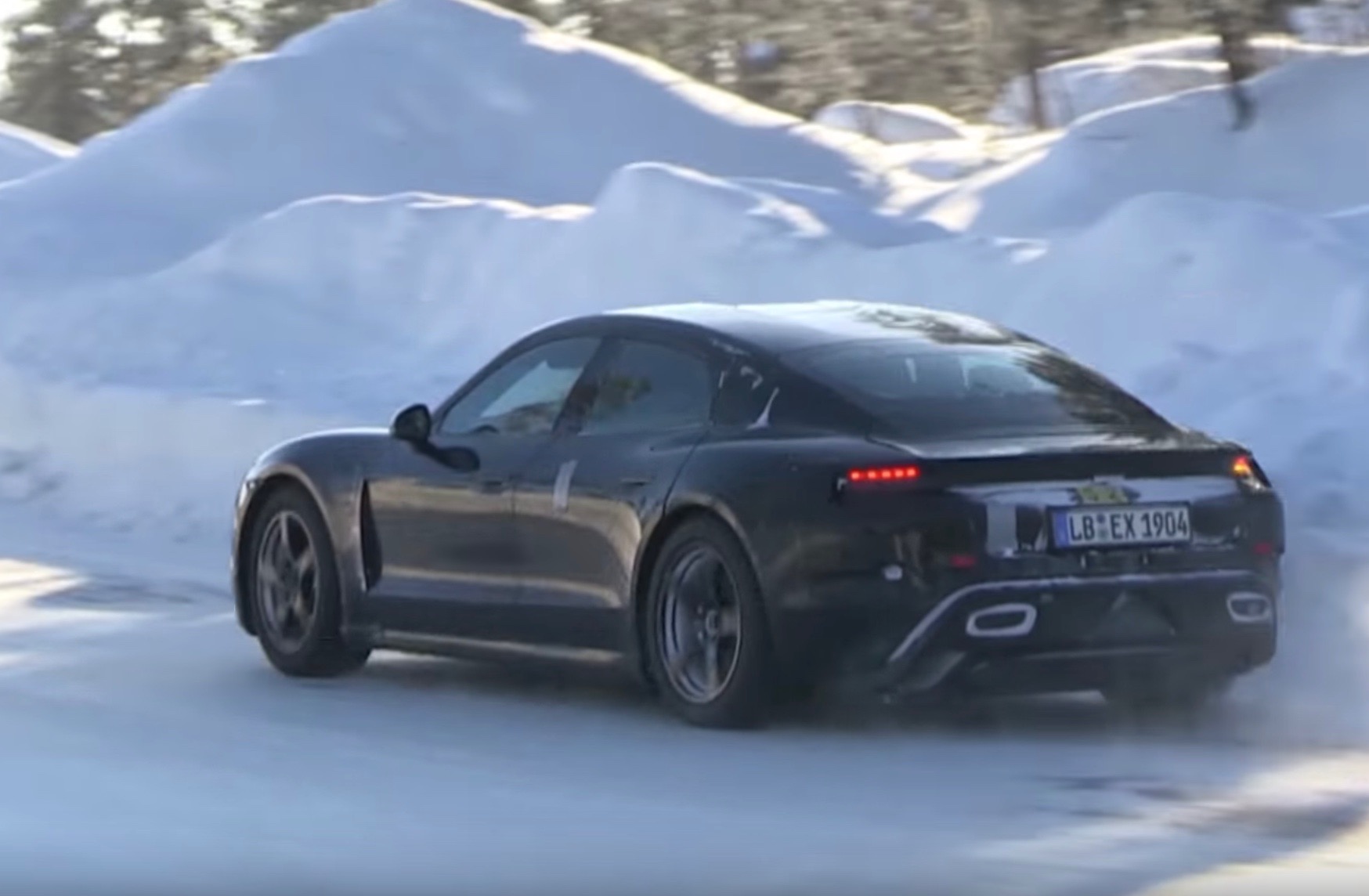 Porsche has been spotted driving a prototype version of the upcoming Mission E electric sports sedan in freezing conditions as part of cold-weather testing. The prototype appears to be wearing a makeshift version of its production body. 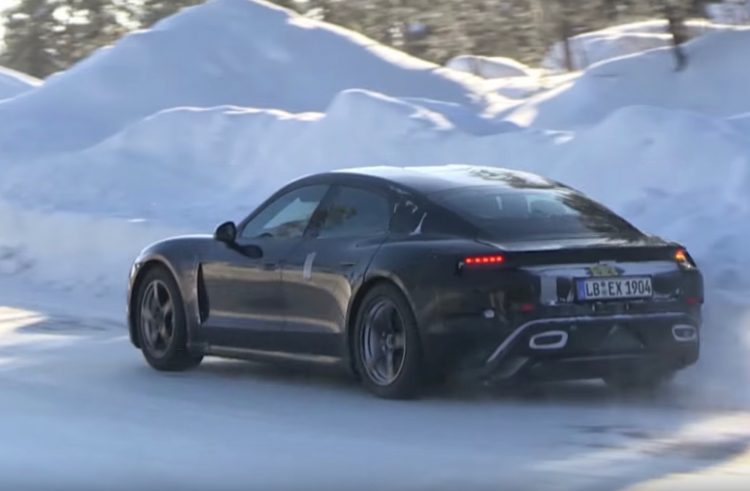 Despite looking similar to the Panamera, the Mission E will be a separate model with a completely unique body, and powered by batteries only. To help with efficiency and driving range the body is set to take on a much more aerodynamic focus compared with the Panamera, although some traditional Porsche cues are likely.

From the prototype it looks like the Mission E will sports some muscular rear haunches that sprout out quite wide, like on a 911, while the front end showcases a flat and wide nose that’s low to the ground for better aero efficiency. Since there is no engine under the bonnet, Porsche designers will have some freedom in this area, albeit considering pedestrian safety.

It’s understood Porsche will be launching at least two variants of the Mission E. For the entry level there’s set to be a 300kW power pack, while the top model is set to adopt a more potent system producing around 440kW. This should give the Tesla Model S P100D a run for its money.

In terms of performance, a concept version, called the Mission E concept, featured a 440kW system and had a claimed 0-100km/h time of 3.5 seconds. This could be some indication for the production model. Whether Porsche will be looking to surpass the Model S P100D’s claim of 2.7 seconds is yet to be clear.

Porsche announced last year that it is adding over 1400 jobs at its factories to help produce the new model, which potentially gives us a sign of things to come from the brand. There’s also been talk of a hybrid 911 being in the works. It might not be long before we see an electric version too. As previewed at the Geneva motor show, Porsche is going to launch a crossover version of the Mission E, called the Cross Turismo.

The Mission E is set to hit the market some time by 2020, with prices expected to start at around AU$250,000. Check out the video below to watch the prototype silently slither about on some slippery snow.