If the normal MINI JCW isn’t fast enough for you perhaps the new MINI John Cooper Works GP II will suffice. It’s the company’s fastest and most powerful car ever. 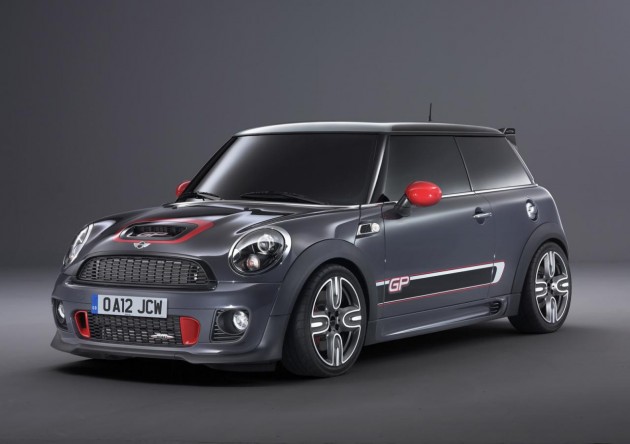 Sporting a range of JCW highlights, such as a new bodykit with a carbon fibre rear spoiler, aero rear diffuser, side skirts, and a set of lightweight alloy wheels, the GP II is set up for serious track work. It has even lapped the Nurburgring in Germany in 8:23, which compares well to the previous model’s time of 8:42.

Specifications on the GP II are still unclear at this stage, however MINI has said that it offers an output rating of 100kW/litre. This obviously means the 1.6-litre turbocharged four-cylinder engine produces 160kW, or 5kW more than the current JCW version. 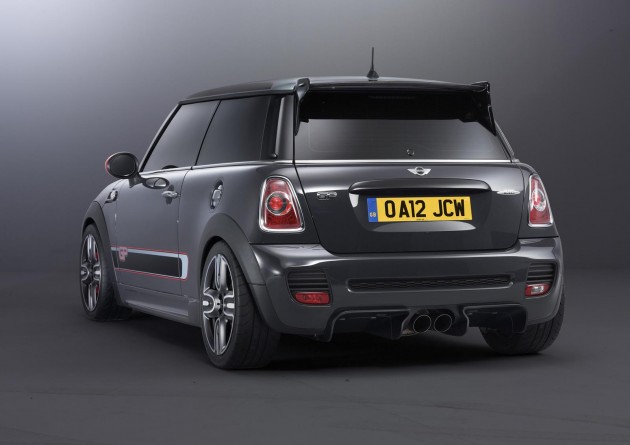 To ensure it’s up to the task of performing its best on the track, the GP II comes with a full racing suspension setup that is completely adjustable. There’s also a set of bucket seats inside, with the rear seats removed to reduce weight.

MINI is planning to produce just 2000 examples for various markets. MINI Australia could receive around 20 of those for the local market. Production is set to take place towards the end of this year.