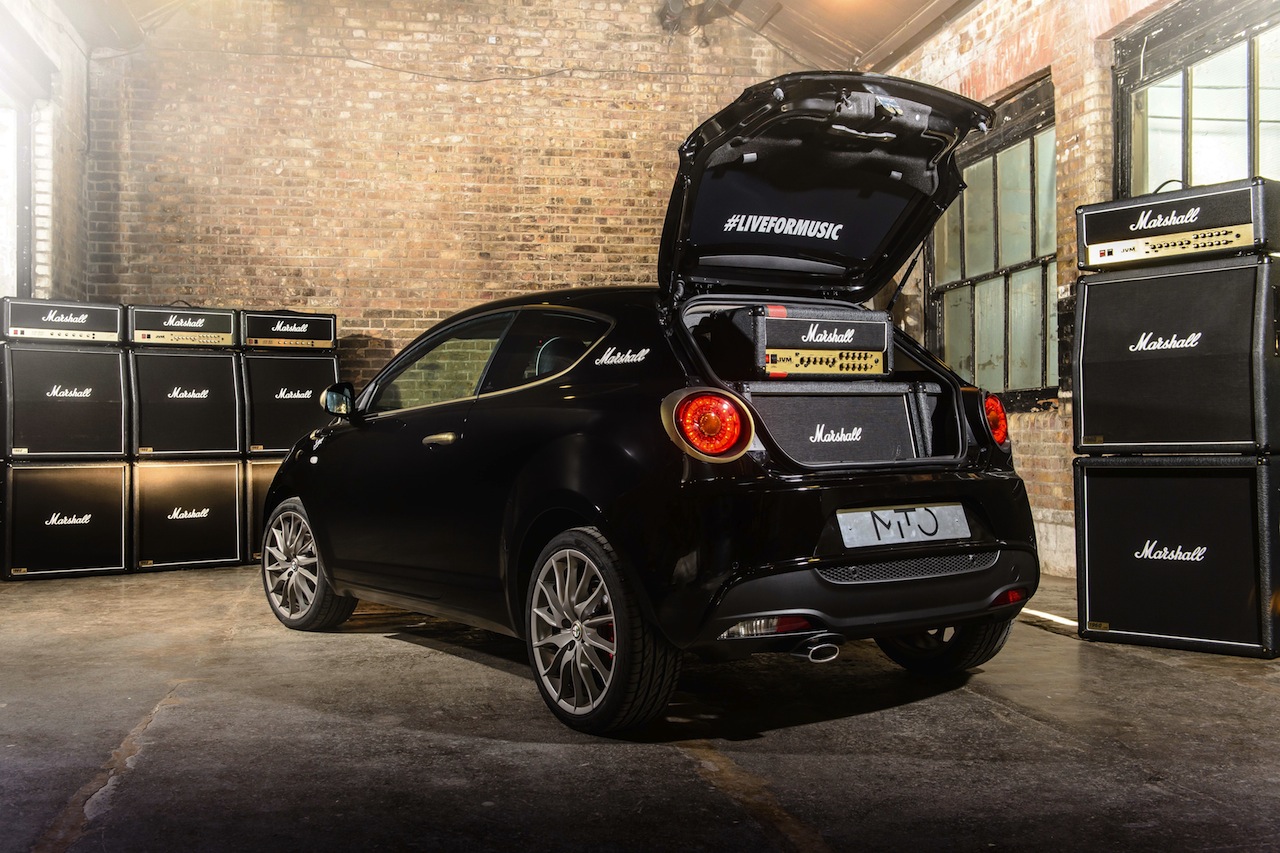 Alfa Romeo and Marshall Amplification have collaborated to come up with a one-off concept car that will feature at various music and automotive events around the UK for the remainder of 2014. 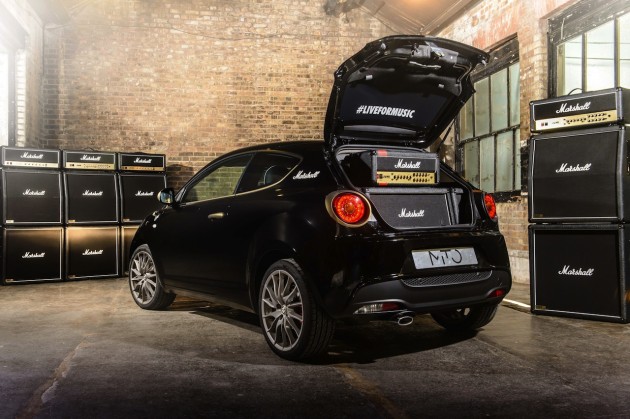 The boot of the MiTo has been fitted out with a Marshall JVM 50W amp head and two 12-inch 75W speakers. The audio setup is so insane it requires its very own battery system. Simply open the hatch, plug your guitar in and crank it up.

“Working with an automotive brand such as Alfa Romeo was a real first for Marshall Amplification – a completely new kind of partnership and a unique challenge from a technical point of view. However, when you see how the Alfa MiTo By Marshall looks and hear that big sound from the boot-mounted system, it just makes you smile. This is a really special one-off that will drive the Marshall sound to new places.”

Other features unique to the MiTo concept include Marshall’s distinctive white piping on the front seats and centre console, Marshall badges on the rear pillars, as well as the iconic gold panel finish on the grille, front and rear headlight surrounds, door handles, and mirror caps.

Replacing the Alfa’s regular gear knob is a classic Shure SH55 microphone, fitted as a sign of respect to the heritage of music production. 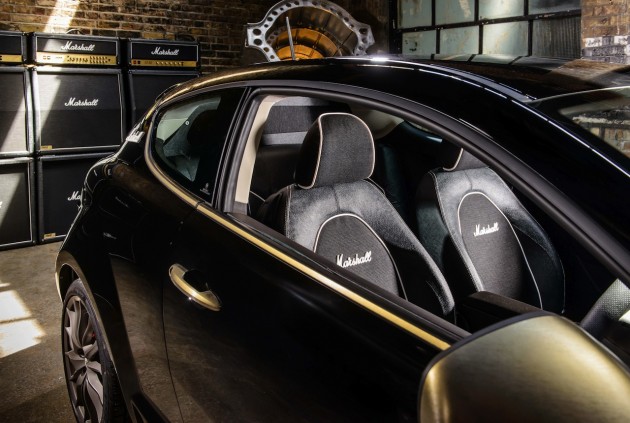 “The Alfa MiTo By Marshall is the realisation of a fantastic project between two iconic brands from the worlds of automotive and music. We’re very excited by the way this collaboration has come together with the opportunity to work side by side with one of the most recognisable and respected music brands in the world.”

“Genuine passion for what we do is a driving force shared by both Alfa Romeo and Marshall Amplification and whilst this concept is an exciting exploration of ideas and themes at this stage, we hope it might influence a future special edition.”

The MiTo will debut at an invitation-only event for Dave Grohl’s (Foo Fighters, Nirvana) Sound City documentary in London on June 24.