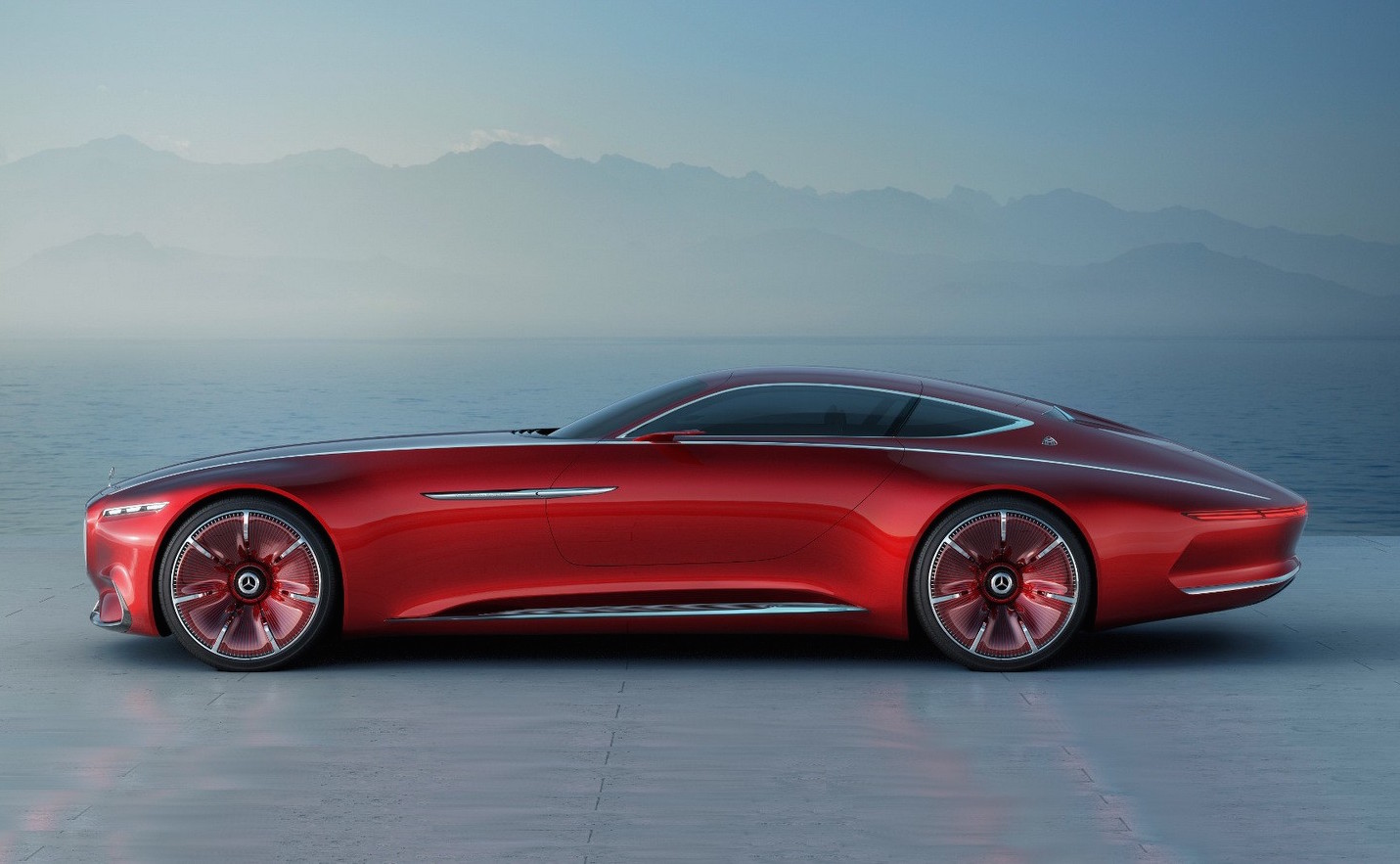 The very red, very long luxury coupe Mercedes-Maybach teased last week has been leaked out early ahead of its Concours d’Elegance debut at Pebble beach tomorrow. 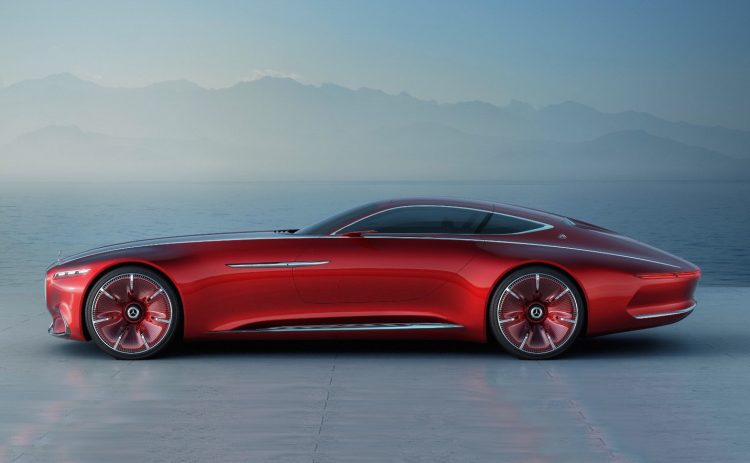 Christened the Vision 6 Concept (for its 6-metre length, we’re guessing), many photos of the car and a video have surfaced but nothing yet in the way of technical details.

With this length, it leaves the 5.6-metre Rolls-Royce Phantom Coupe in the shade by 400mm, and harks back to the land-yacht era that the Americans seem too scared to revisit.

What we can see is a very swoopy, aerodynamic grand-tourer style coupe with an absurdly long dash:axle ratio. A traditional Mercedes grille sits ahead of a stubby front end, before tapering off into a low, aerodynamic rear deck. The doors are gullwing, as you’d expect with a machine as baroque as this. 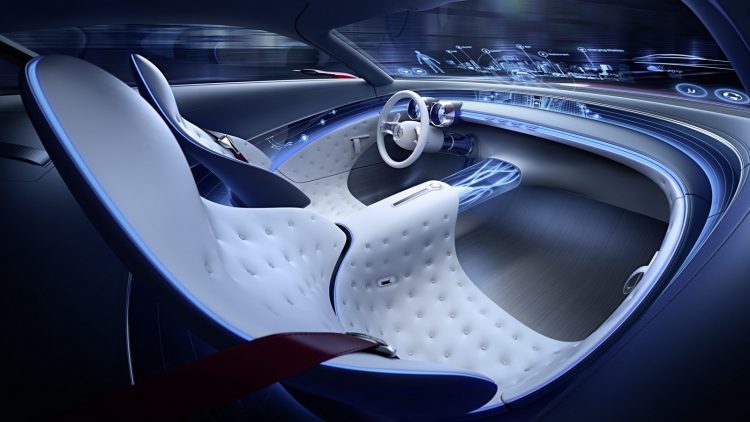 Inside is where imagination really takes off, though. The seats seem to be incorporated into the doors and float above a flat, wooden floor. Instead of a transmission tunnel, a plasma globe-like centrepiece adds an energetic cadence. An array of lighting and visuals surround the driver and passenger, with vital information in the area in front of the driver.

Could it be electric? The very long bonnet suggests a concerto of at least 12 pistons resides within its crimson form, but the covered wheels and flat internal floor mean electric propulsion is not out of the question. All will be revealed tomorrow.