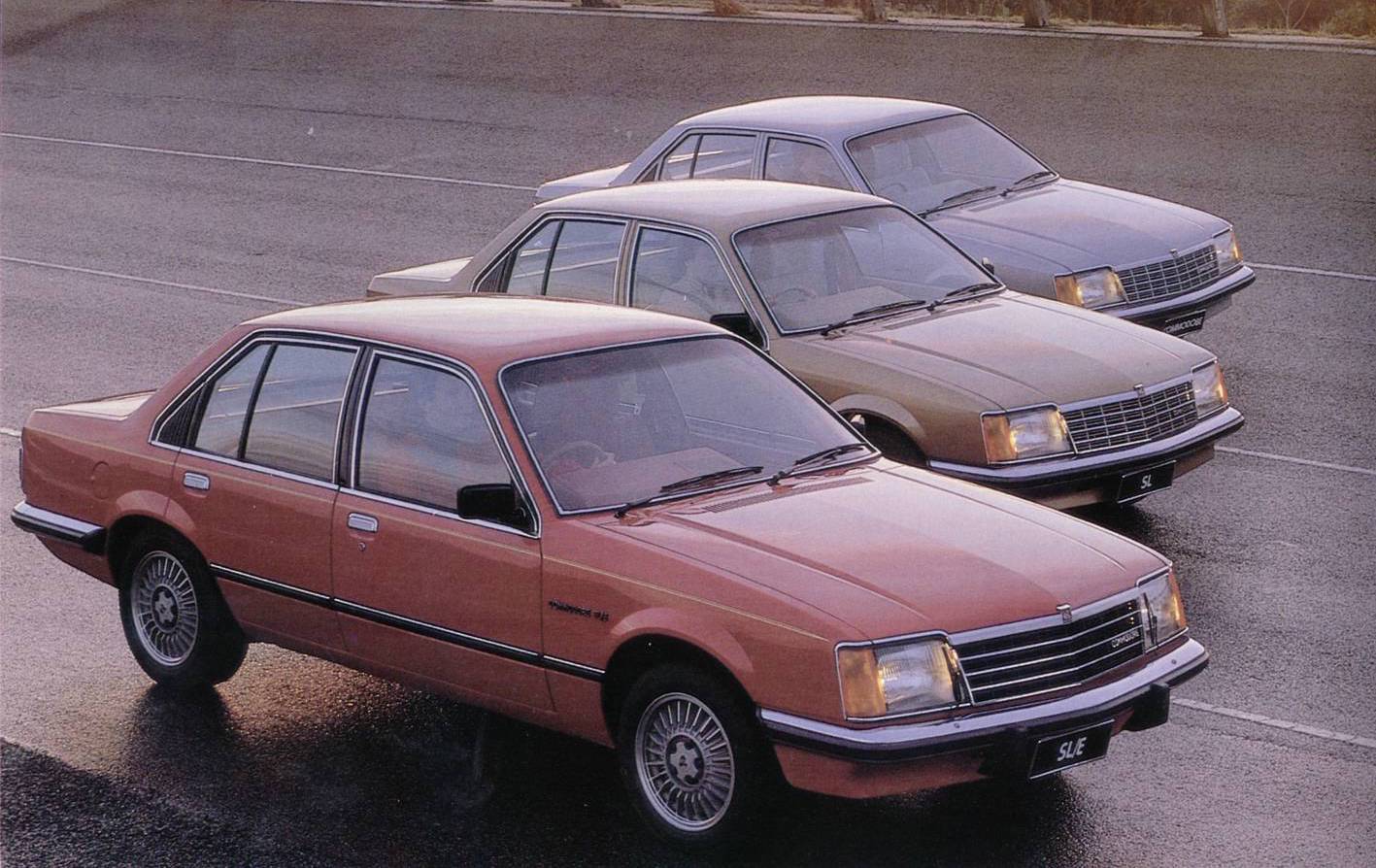 Well, here we are at the end of almost a century of car making in Australia, following Ford closing down its local factory in October last year, and Toyota shutting its doors this week, and Holden just around the corner. How did we get here? 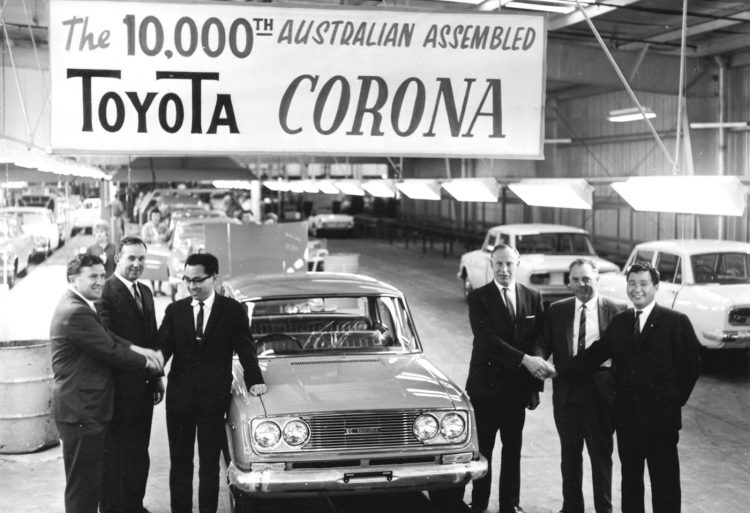 Our beleaguered automotive industry has certainly had its share of challenges and near death experiences over the years, and it’s fair to say that it suffered a death by a thousand cuts. But as we’ll explain, one factor brought it to the brink arguably more than any other.

Politics is a touchy subject in this country (and most other western nations for that matter). People who identify strongly with one side or another feel personally attacked when any criticism is levelled at the political party which is ingrained into their ego construct. As a result, some publications are afraid to report certain facts for fear of isolating a large portion of their demographic.

The Australian automotive industry, or specifically, Australian cars is what kick-started this writer’s fascination with vehicles, which ultimately led to my career choice. While certainly flawed and in some cases, one-dimensional, Australian cars were generally durable, innovative, well-built with a unique character, and range of abilities that made them excellent value for money. Some were very powerful by global standards, too. 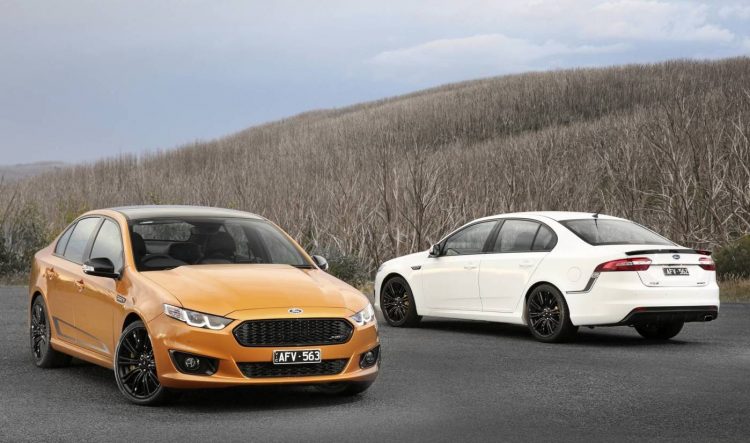 Granted, there was a wholesale shift away from large cars and the market certainly fractured into smaller pieces, with the emergence of small, medium and large SUVs and bracket creep of smaller cars. To some extent we catered to this diversity with the local assembly of Holden Cruze and Ford Territory, but it could be rightfully argued that an Australian outpost of a global company doesn’t have the agility and flexibility to cater to this market. We’ll come back to this later.

Another factor commonly argued is the implementation of the Button plan in the 1980s, that yielded Lexcens, Novas, Ford Mavericks and Corsairs with other oddities. The aim of this was to increase competitiveness of our industry and reduce the number of locally assembled models. A tarrif reduction scheme, resulting in their gradual abolition certainly made imported products more competitive and didn’t help our local fare in the end. This, perhaps, should have been revisited in accordance with market conditions last decade.

Yet, despite this, Toyota still managed to export over 1 million Camrys and Aurions to the Middle East, with a major percentage of the Altona plant’s volume earmarked for exports. 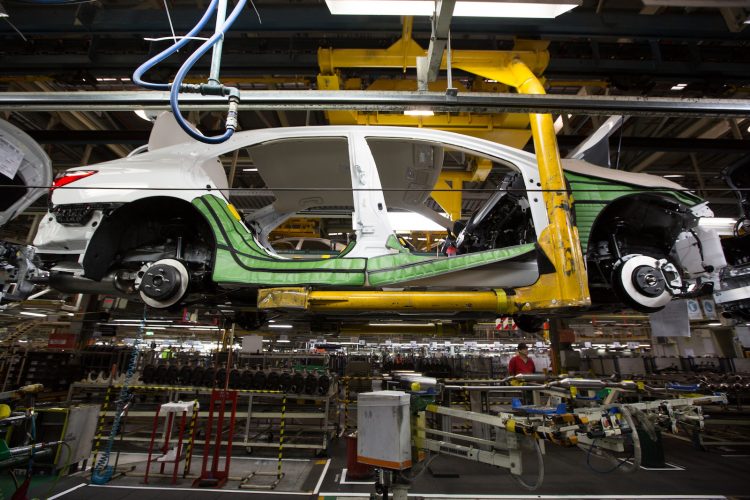 Union intervention is oft-cited as a reason leading to the closure of Holden and Toyota, but there is no evidence to suggest that this was a major factor. In fact, unions negotiated with Toyota in the closing days in favour of pay cuts in the hope of retaining their jobs.

Wages of over $30/hour are also cited as one of the reasons, but the United Kingdom and Germany both have highly skilled and paid workers building premium, high-value cars in high volumes. It’s worth noting both of those countries also have conservative governments too.

Ford’s 2013 decision to leave Australia was unrelated to government subsidies or activity. As part of a large rationalisation and cost-cutting strategy and One Ford, the orphan outpost was killed off. In fact, documents obtained by WikiLeaks indicate that a government proposal for government funding to engineer the Falcon for LHD was rejected by Dearborn. (Source: Drive)

According to another report, Holden had a business case to build a successor to the Commodore and Cruze until 2022, contingent on a second wave of $500 million of assistance. The incoming Coalition government of 2013 routinely made it clear that this funding would never be forthcoming, while the Productivity Commission investigated the viability of an earlier funding program. (Source: GoAuto ) 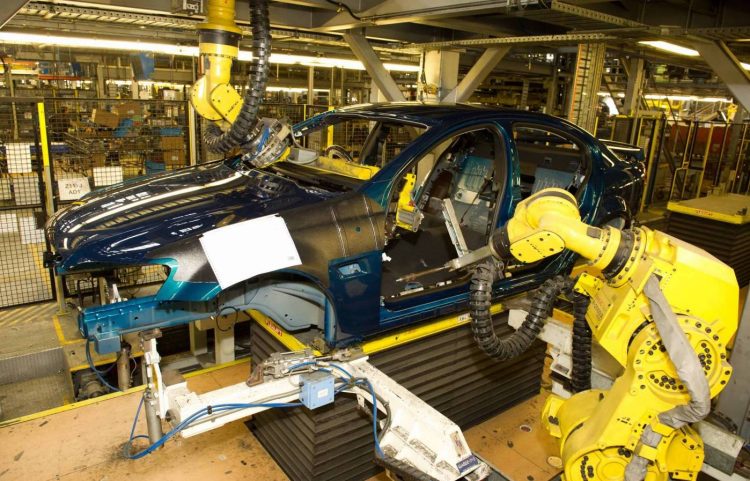 In another shock move, it emerged that the purchase of armoured BMW 7 Series and X5s as the Prime Minister’s and government vehicles snubbed earlier negotiations with BAE to supply armoured Holden WN Caprices built in Australia.

Holden had told the government it needed further assistance to continue into the next decade, but the government wouldn’t budge. The final nail in the coffin came during Question Time in December, 2013, when then Treasurer Joe Hockey taunted Holden to be “fair dinkum” and “either you’re here or you’re not.” Days later, Holden announced their plan to close down manufacturing in Australia.

Toyota fought to stay. It had a far healthier business plan, with a large proportion of its cars exported overseas. The incoming Camry is built on a flexible architecture that can accommodate large, small, rear-, all- or front-drive cars. This means that Toyota Australia could have potentially adapted to market conditions with a greater range of vehicles than the orphan-platformed current Camry.

In the end, Toyota didn’t have the supply chain infrastructure to survive after Holden pulled the plug, so were ultimately forced to follow suit – in a move unprecedented in the Toyota world. It would appear that Holden and Toyota had the intention of staying into the next decade, but were forced to leave. 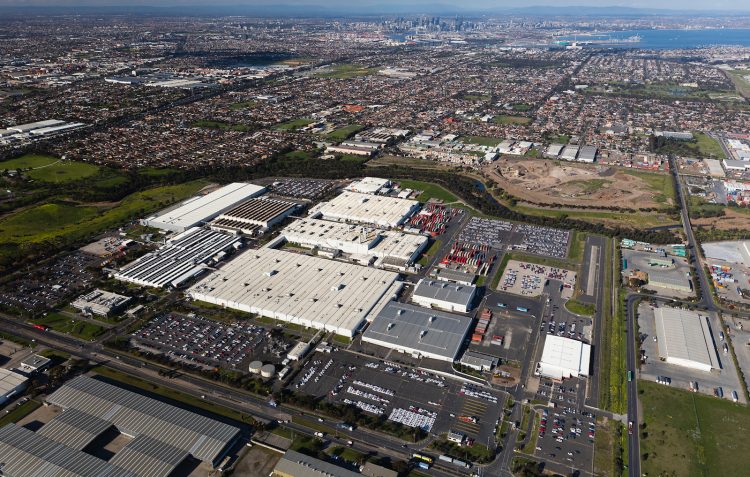 A recent survey by Wheels, from 1400 respondents, found that 25 per cent blame the Liberal/National Party for the demise of manufacturing, while an overwhelming majority of 81 per cent suggesting the government should create new incentives to encourage other car makers.

Despite Australian companies applying for the existing Automotive Transformation Scheme, these were rejected proposals by local companies to start building cars here. Although many want this to happen, this would require a major change in policy or change in attitude from the government. Not just in the form of co-investment, but relaxation of Australian Design Rules (ADR) volume requirements is one way that could encourage upstarts, without upsetting the status quo and imported vehicle manufacturers.

This kind of detachment, or contempt, in the extreme for a local alternative is unprecedented in Australian politics. Even the Howard government saw the importance of the automotive industry, with initiatives like the LPG subsidy program helping sales of locally-made LPG cars, which utilised a locally-sourced fuel – good for national security, many agree. 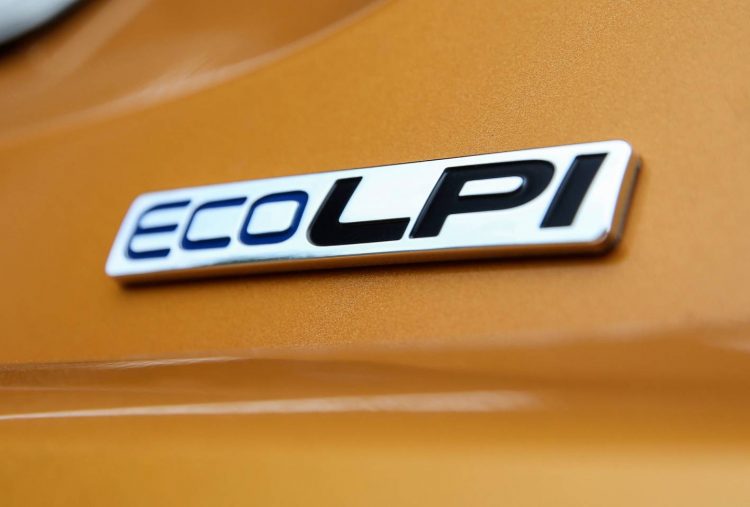 So, some of you might say, why should we prop up a failing industry with taxpayer dollars? That’s fair. A thriving business shouldn’t require welfare, especially when it’s a foreign owned entity. But factor in that Australian subsidies of $18 per capita compare to USA’s $96 and Germany’s $90 figures (source), against the economic benefit of having tens of thousands of workers employed as well as the component sector, and the argument might not stack up as well.

Additionally, $500 million pales compared to other dubious taxpayer endeavours such as $880 mil to NewsCorp in 2014 and a $122 million marriage equality plebiscite which many pundits say is unnecessary. Two examples with no return on investment like most money spent on the automotive sector generated.

The laissez-faire, ‘economic dry’ methodology under Abbott and Hockey seems to have been abandoned for a less libertarian approach with his successor – where purchasing a coal-fired power station seems to be on the table. 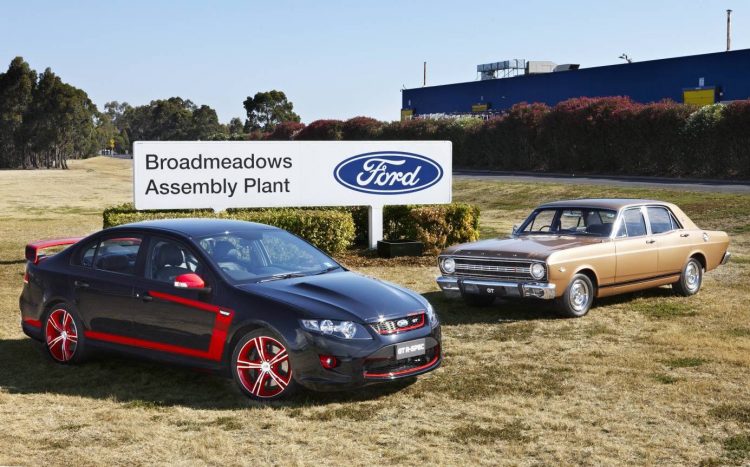 To be fair, there has been a patchwork of efforts to invest in component makers (the handful that will survive the holocaust), yielding advanced carbon fibre wheel manufacturing. A big handful of assembly workers were transitioned from Ford’s Broadmeadows assembly plant into research and development of global vehicles.

Not to mention, there is a handful of truck, train, military and ATV vehicles still being assembled here, but not nearly on the scale of Toyota and Holden. These measures should collect a small proportion of the expected job losses of up to 50,000 through the supply chain. It will be needed to offset the expected loss of 2 per cent of Australia’s GDP.

So, it’s all over now. What’s the point of writing this and pointing the finger? At the end of the day, governments should be held accountable and when you add up these facts, it could rightfully be argued that it was economically irresponsible to let Holden and Toyota fall by the wayside, let alone not encourage another manufacturer in their stead. All the attempts by state and federal governments appear not to go nearly far enough to fill the gap. 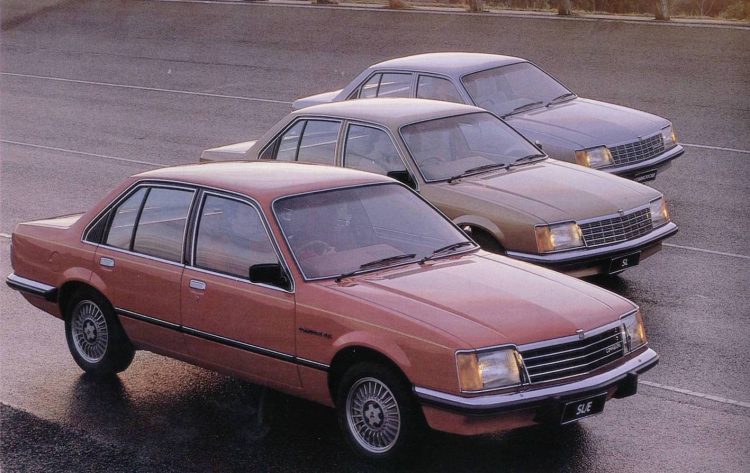 Vindication for supporters – or opponents – of the government’s approach will come when unemployment figures for the various affected regions are published. In the grand scheme of things, maybe it could turn out they were right to sit back and let it happen.

But even in that scenario, we will remain a country that exports vast quantities of iron ore and lithium for electric car batteries, and other raw materials only to get cars sent back to us built by another country.

So far, on balance, it is looking like a disaster that could’ve been avoided. We can only hope a government of the future might have the courage to give an Australian-owned car company a shot.