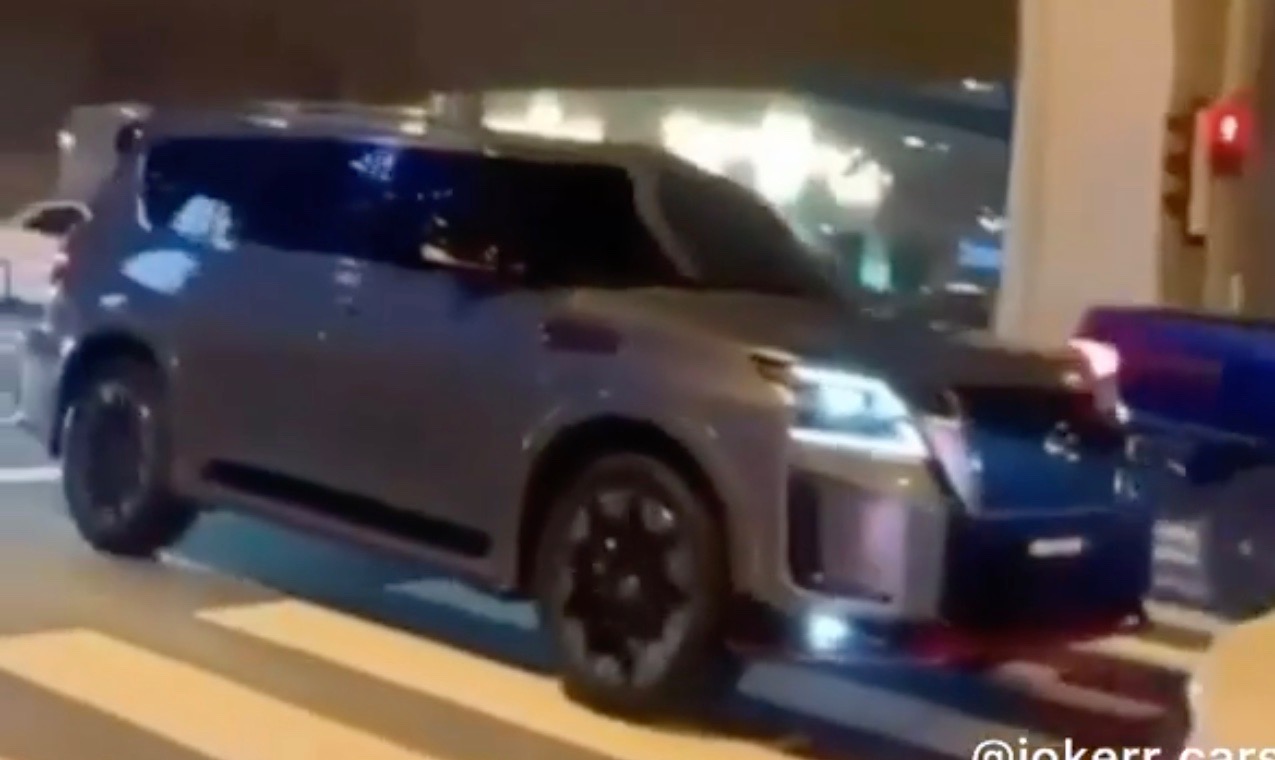 A rather sporty example of the 2021 Nissan Patrol has been spotted in the Middle East, with all signs pointing to a new Nismo variant. The vehicle was spotted undergoing filming. 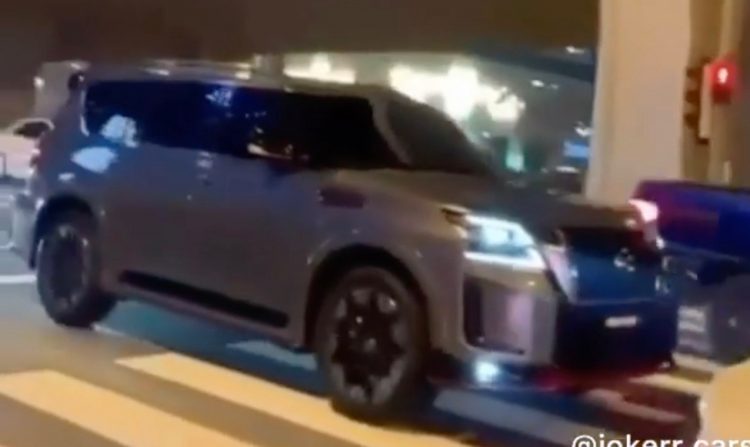 Before we go on, to us in Australia the idea of a Patrol Nismo is quite far-fetched. However, Nissan has been selling a Nismo variant of the big daddy in the Middle East for a while. But since the facelifted Y62 arrived, there has been no sporty version.

Until soon, that is. This example was spotted during a filming session on the streets, likely for an upcoming marketing campaign or even part of assets to be included in an official press kit. The SUV is all nice and shiny for the video shoot, giving us a clear look at the design.

And what a design. The Y62 Patrol is known for its fairly conservative yet handsome looks, but the Nismo pack certainly spices things up. The front end incorporates a completely new grille and deep lower spoiler section, with large side intakes adding to the aggressive stance. 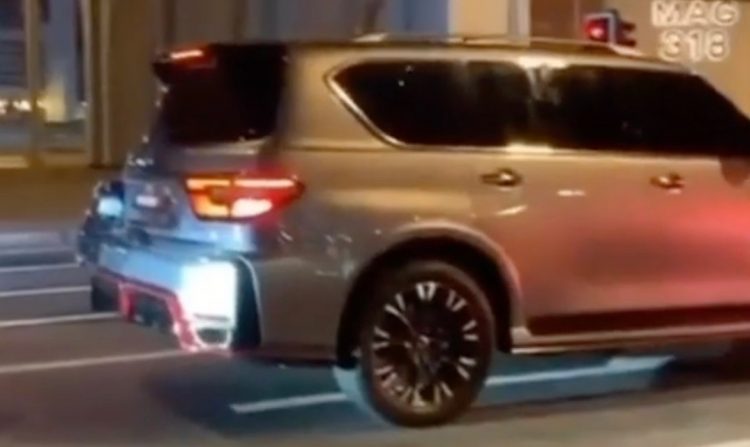 The model also appears to wear bespoke side skirts and large alloy wheels, while the back gets a chunky and protruding bumper bar complete with a diffuser section and integrated exhausts. Splashes of red are used as highlight for the aero features.

Being a Nismo model means it’ll likely come with special suspension, uprated brakes, and there’s talk of a bi-modal exhaust system coming in this time. We’re not expecting big changes under the bonnet, however, the outgoing Nismo Patrol’s 5.6-litre naturally aspirated V8 already thumps out 320kW (up from the standard 298kW output).

Some enhancements will not doubt continue for the interior, such as unique sports seats wrapped in leather, Nismo gauges for the instrument cluster, and a red start button and steering wheel stripe for the 12 o’clock position.

Nissan is likely planning for a big debut event to take place very soon, so stay tuned for more. In the meantime check out the spy video below for a preview.