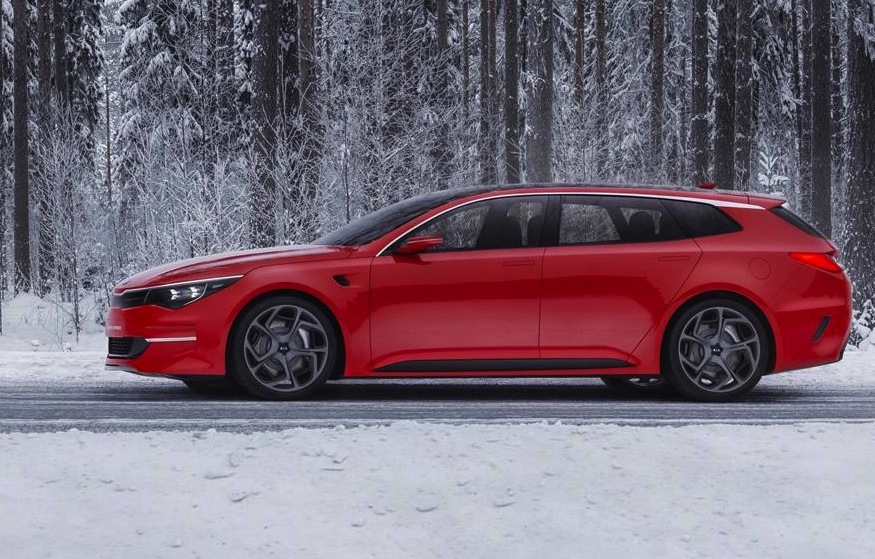 In a statement announcing the European debut of the 2016 Kia Optima, taking place at the Frankfurt Motor Show, Kia confirmed there is a new body style coming. And all clues point to a sleek wagon. 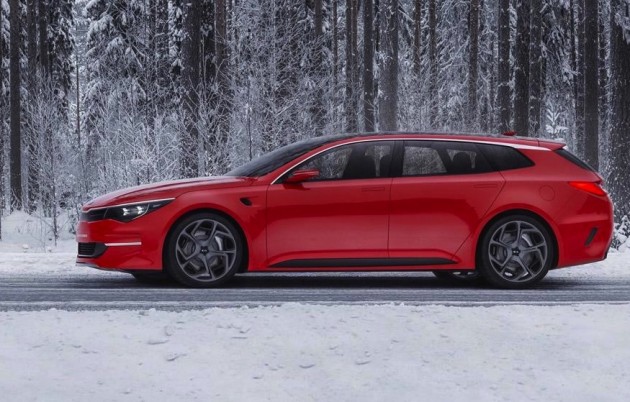 Kia unveiled the 2016 Optima earlier this year at the New York Auto Show, showcasing a facelifted exterior design that brings aerodynamic slipperiness down from 0.30Cd to 0.29Cd, and introduces new turbocharged engine options with a dual-clutch automatic, as well as a cleaner interior layout with more advanced tech.

The Frankfurt show will give Europeans their first chance to see the model in the metal. In announcing the specs and some of the details, the company dropped a bombshell right in the middle of a statement, saying,

“The all-new Kia Optima range will be developed further in future, with the addition of a new body style, inspired by the Kia SPORTSPACE concept car shown at the 2015 Geneva International Motor Show.”

Those who remember the SPORTSPACE concept (pictured above) will remember the awesome wagon exterior. Given that it was one of the most interesting factors of the concept, the new body style for the Optima is very likely to be a wagon.

Wagon versions of sporty vehicles are almost always a popular trend as they bring increased practicality to otherwise appealing foundations. A bit like SUVs. In fact, Kia might be looking to tackle some SUV competitors with an Optima wagon.

It’s unknown just how much of the design detail will carry across from the SPORTSPACE to a production version, but it is expected to use the swooping roofline for a sporty look just like the sedan counterpart.