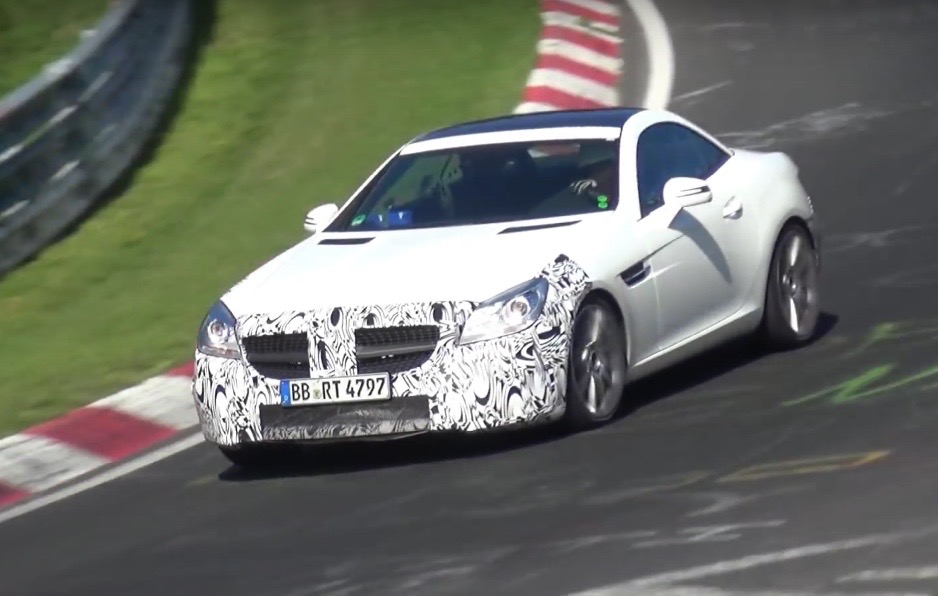 Mercedes-Benz has been spotted test driving a prototype version of the upcoming SLC convertible, which will become the new SLK following the company’s latest naming structure. 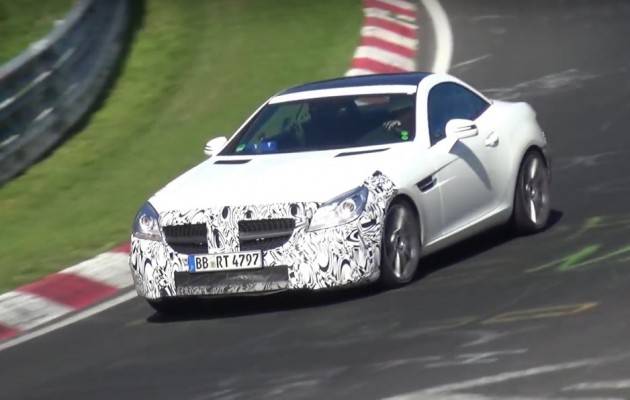 Seen here on the Nurburgring in Germany, the prototype gives off a distinctive turbo six-cylinder soundtrack. On the overrun the engine even goes as far as crackling and popping like a Jaguar F-Type.

Even though the SLK was originally sold as a supercharged roadster, with some believing the ‘K’ to stand for kompressor (German) – although actually standing for kurz (short) – the new model is set to go for a turbocharged lineup this time around.

At the upper end of the range is expected to be an ‘SLC 450 AMG Sport’ which is likely to adopt the company’s new 3.0-litre turbocharged V6 that churns out 270kW. The engine is currently available in a number of vehicles, including the C 450 AMG Sport. With four tailpipes on this prototype, this could be such model.

For those wanting outright performance, the next proper AMG version will apparently drop the current 5.5-litre V8 and instead go for a tuned version of the 3.0-litre V6 mentioned above. Outputs are expected to be boosted to around 310kW, which is the output of the current 5.5 version.

Aside from some interesting engine changes, the new SLC is set to offer much more sporty driving dynamics compared with the current version. Handling and steering in particular are likely to receive a major overhaul so that it can show up and keep up with the rivals.

Judging by the state of this prototype and the lack of camouflaging on it, a full debut could be getting very near indeed. If it doesn’t happen at the Detroit motor show in January, Mercedes will likely use the Geneva event in March. Click play below for a preview.