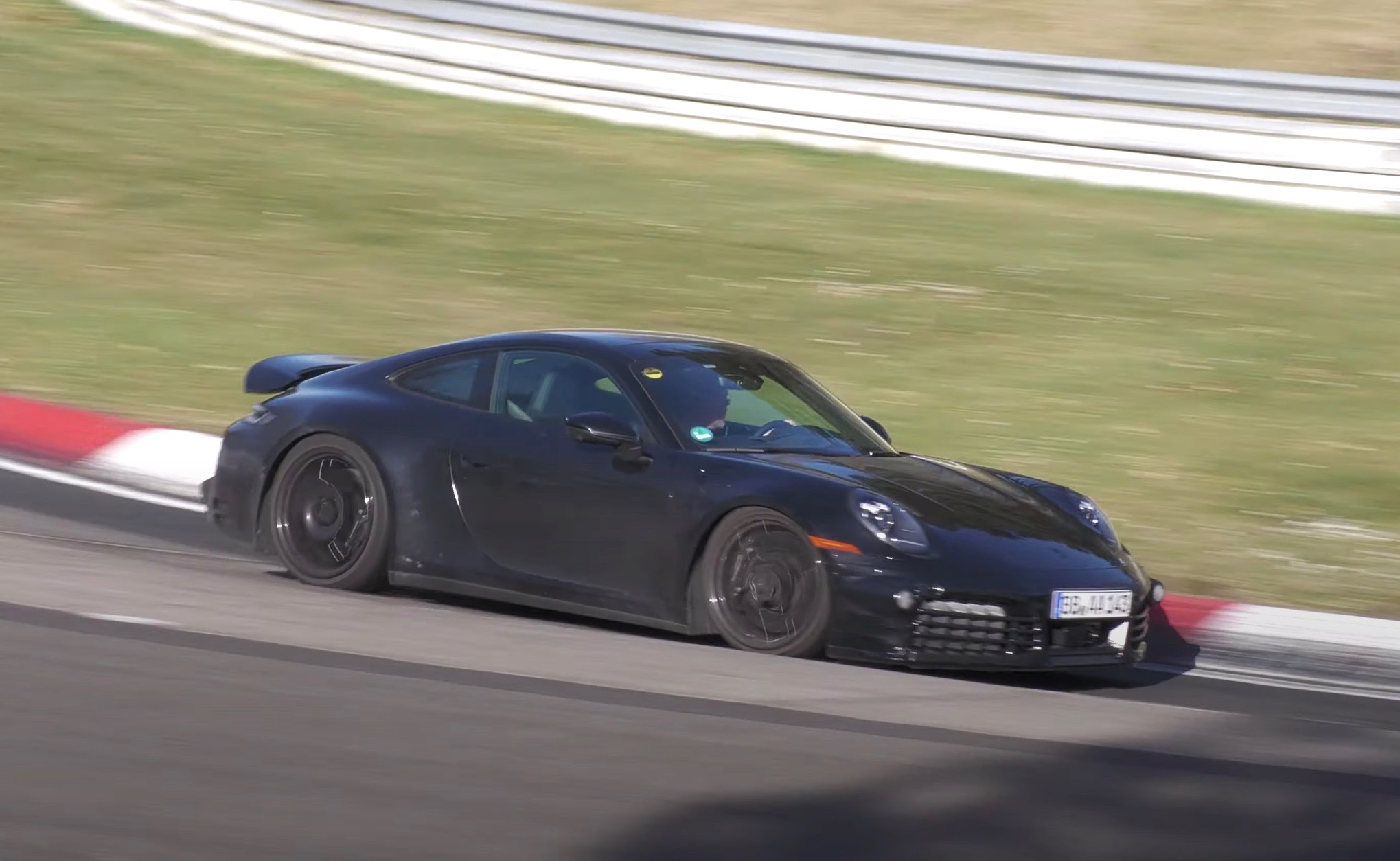 Porsche has been spotted testing a hybrid powertrain in the iconic 911 at the Nurburgring, ahead of a mid-cycle update for the model line. It’ll be the first hybrid ever for the legendary model (in production form). 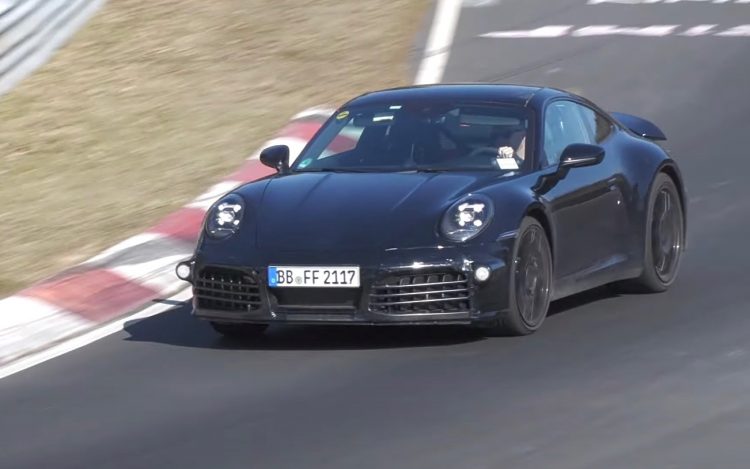 A video has surfaced on YouTube by CarSpyMedia showing Porsche testing an updated ‘992.2’ generation 911 prototype on the Nurburgring, sporting a mild styling upgrade as per usual with Porsche, and the addition of a hybrid powertrain.

Eagle-eyed car spotters at the ‘Ring are confident that Porsche is indeed testing a hybrid 911 because of a small yellow sticker placed on the rear windscreen. These yellow stickers indicate the car is is either fully electric or hybrid, and considering the fact we can very much hear a 3.0-litre flat-six screaming away this must be a hybrid.

While very few details have been confirmed by Porsche, other than the fact that the company is indeed considering releasing a 911 hybrid, Porsche’s approach to electrification is said to prioritise power and driving enjoyment rather than just fuel savings.

This means that the hybrid 911 is not likely to be a plug-in hybrid (PHEV), as it would require a bigger, heavier battery. Instead, it’s likely the 911 will receive a mild-hybrid system that adds a power boost, the design of which could be influenced by Porsche’s 919 Hybrid racer.

In terms of the design, Porsche is taking its typical evolutionary approach to the styling package, based on the 992, with a few minor tweaks to an otherwise very familiar coupe shape. Being a prototype, there is likely to be some unusual bits showing here purely for disguise purposes only. 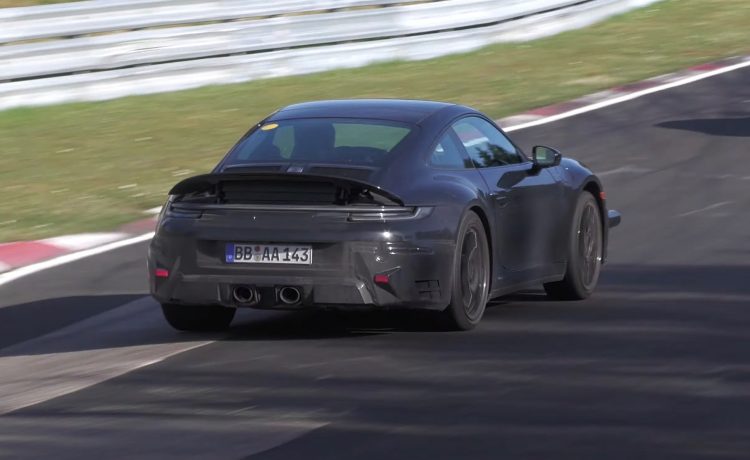 Porsche has already confirmed that a battery-electric version of the 911 platform will be produced by 2030, and that a hybrid version will help make the transition more palatable for its fans.

While a timeline is yet to be confirmed, it’s likely that a hybrid variant will be added to the updated 992 generation that could land here in Australia before the end of the year or early in 2023.