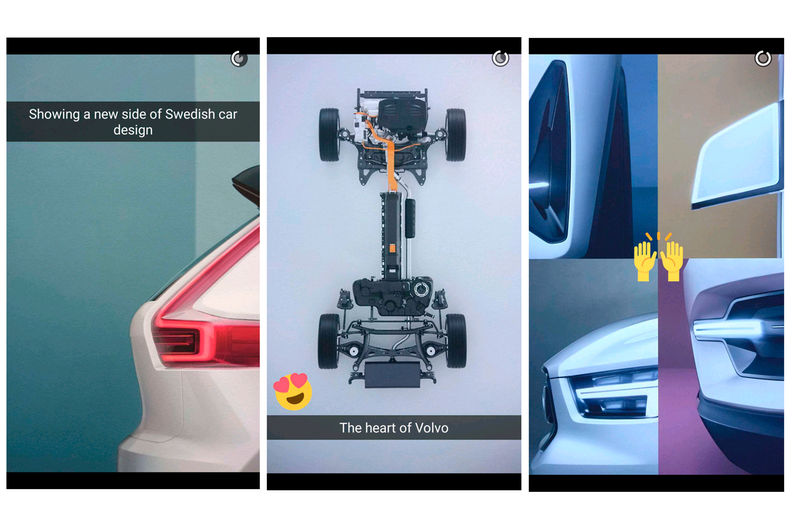 Volvo has released more Snapchat previews of its upcoming V40 and XC40 models, based on the CMA architecture co-developed with Chinese parent Geely. 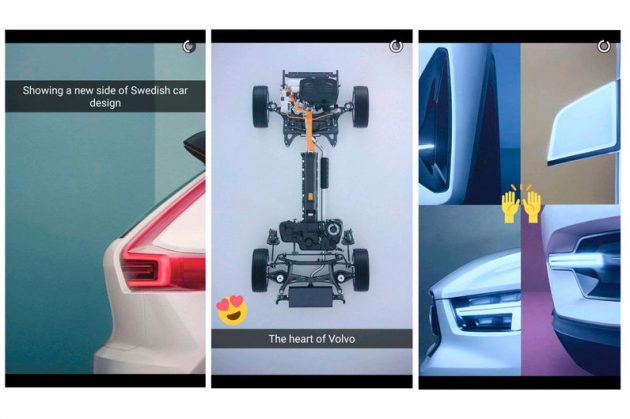 From the images, we can see the ‘Thor hammer’ LED headlights, with a more pronounced grille as well as lower bumper intakes. Also shown is a plug-in hybrid powertrain with a battery pack spanning the centre of the chassis.

For the first time, we can also see the rear end and taillight treatment. The car will be unveiled next month, using a 1.5-litre three-cylinder turbo, as well as the same 2.0-litre four cylinders as seen in the XC90. Plug-in options are set to be available.

Geely spin-offs are expected in addition to Volvo’s planned intermediate ‘L’ brand for China. The sharing of technology will allow Geely to develop more mature and sophisticated cars for export, while allowing Volvo to amortise costs over a wider production scale.

The XC40 is expected to come first, to capitalise on the trend towards crossovers, while the new V40 should follow shortly after.

The V40 and XC40 will square off against Mercedes A-Class and GLA, Audi A3 and Q3, plus BMW’s 1-Series and X1. An S40 sedan is also expected to be spun-off, with more compact models possible as well.