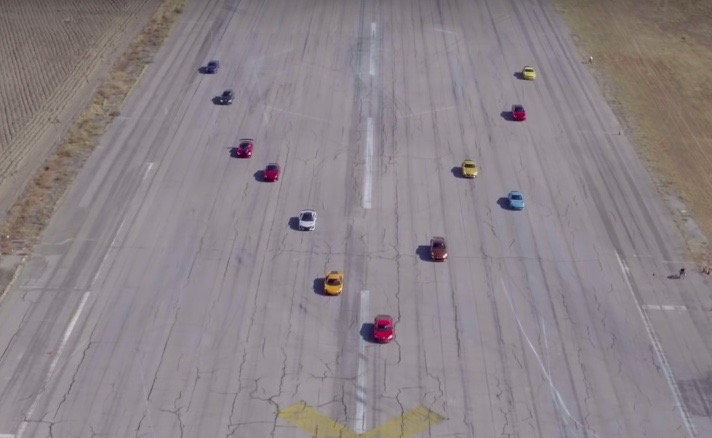 Motor Trend‘s annual ‘World’s Greatest Drag Race‘ is back in full force, with 12 muscle and supercars lining up for an all-out bloodbath of epic proportions.

The American car publication pulled together a class of 2016 at an airstrip to see which would be fastest over a quarter mile (402m).

The Dodge Charger Hellcat makes a surprise appearance before the race begins, but its battery powered rival the Tesla Model S P100D is conspicuously absent.

We won’t spoil it for you, so check out the video below the find out the winners and the exact times. Imagine hearing that symphony in person.