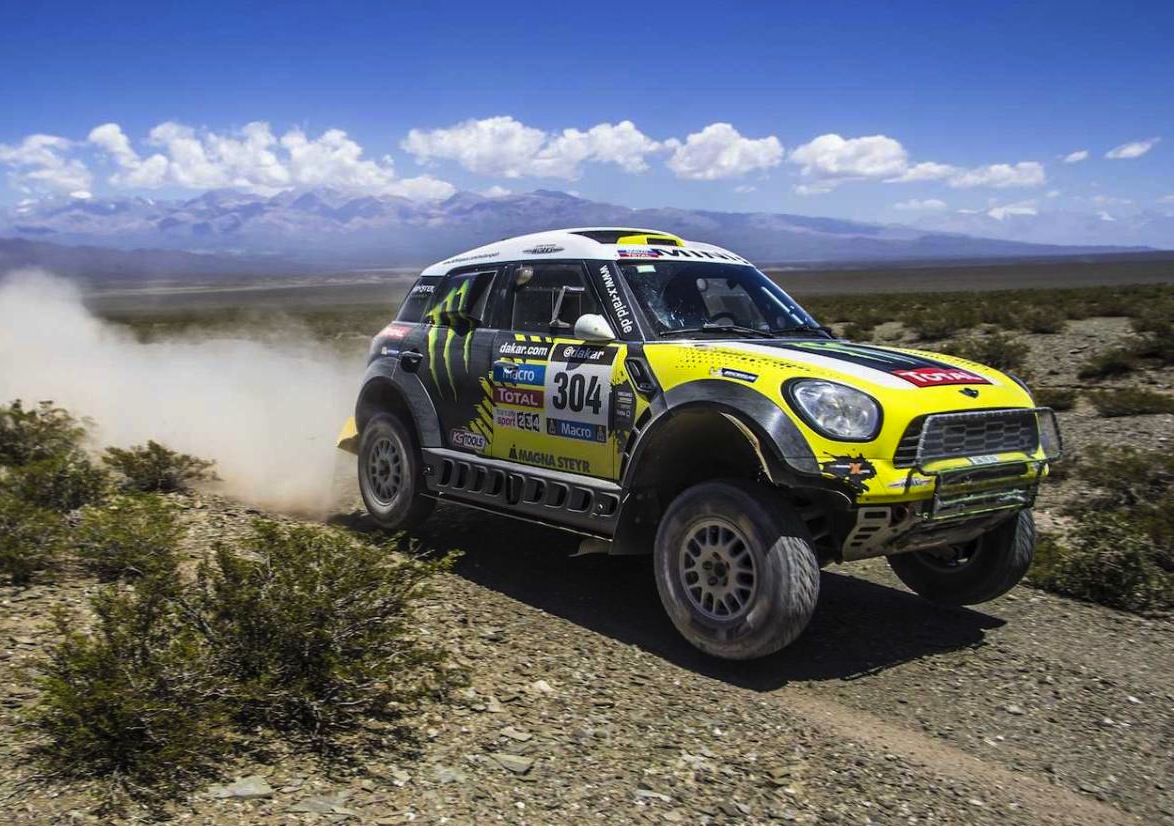 Joan ‘Nani’ Roma has won the arduous 2014 Dakar Rally driving a MINI ALL4 Racing with the Monster Energy X-raid team. This year’s rally was said to be the toughest ever, as teams trekked across all types of terrain for the 9374km journey. 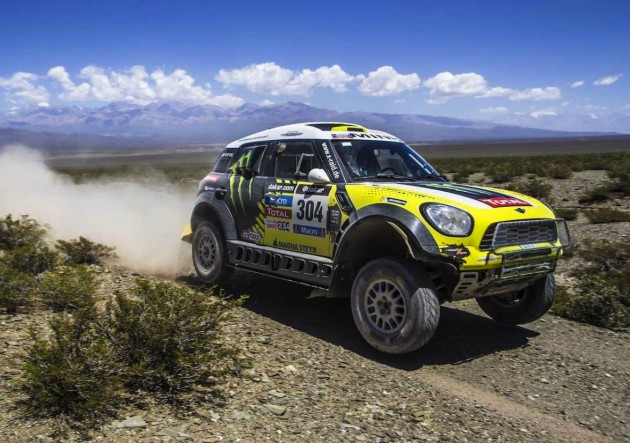 Starting from Rosaria and across into the Andes, teams faced extremely tough conditions, dealing with rough gravel capable of ripping tyres and underbody to shreds. On into the Atacama desert, en route to Valparaiso, there was a lot of very fine sand for teams to deal with, not to mention the serious heat.

MINI ended up winning 11 of the 13 stages in the Countryman-based rally car. The wins were possible thanks to excellent reliability of the car and team. In fact, all 11 MINIs in the team went on to complete the event, which is an astounding effort considering the sheer torture vehicles are put through.

Roma previously won the Dakar on a motorbike, but this is the first time he’s won in a car. He spoke about the triumphant effort soon after completion, saying,

“I’m so relieved and happy. It was my big goal to win the Dakar not only on a motorbike but also in a car. A dream came true for me and I want to thank everybody at X-raid and MINI for their great work!

“The MINI ALL4 Racing is a brilliant car and was extremely reliable and quick throughout the whole rally. It was fun to drive! Also a big thank you to my co-driver Michel Perin, who was a great navigator again! A great result for MINI, now it’s time to celebrate!”

MINI will be celebrating as well as it’s the third consecutive win for the brand at the famous Dakar.