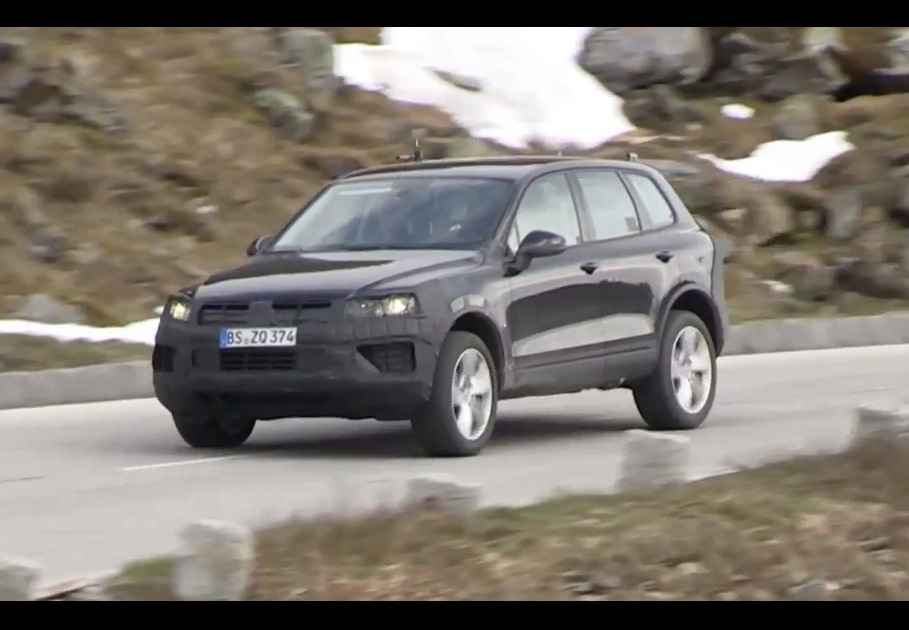 Volkswagen has been spotted test driving a prototype version of the new 2015 Volkswagen Touareg in the Alps in Europe. It’s understood the model update will be more of a facelift than a complete model change. 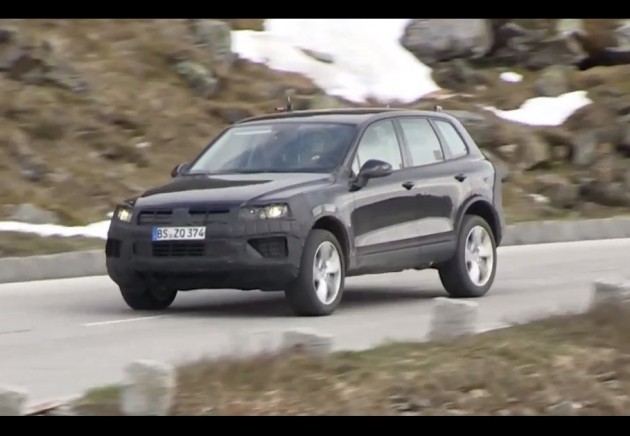 Judging by the amount of cladding and camouflaged on the prototype, Volkswagen is likely still working various cosmetic aspects of the new SUV.

Underneath though is expected to feature some freshly styled bumper bars, a redesigned front grille and front end layout in tune with VW’s latest trends, as well as revised headlights and LEDs.

Not all that much has been revealed about new engine options at this stage, however, reports are suggesting Volkswagen could introduce a new turbo-diesel four-cylinder option. The current 3.0-litre TDI is also set to receive some minor tweaks, potentially boosting power out to around 194kW.

The new model is tipped to arrive on the market during the later half of 2014. Click play below to take a look.

Head over to our 2013 Volkswagen Touareg V6 TDI review for more details on the current version.