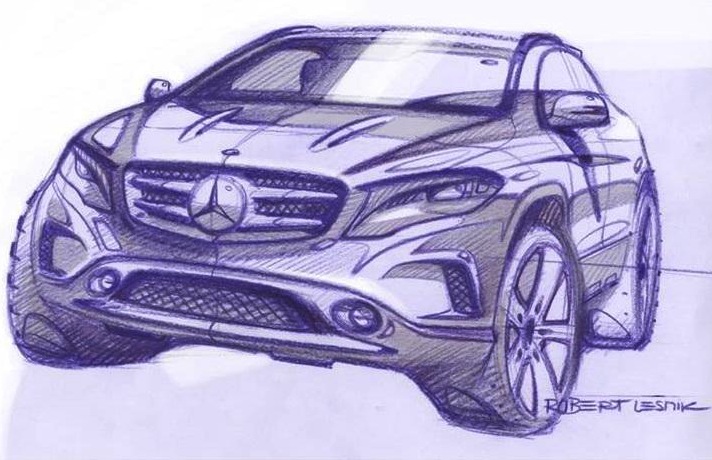 In the lead up to the new Mercedes-Benz GLA-Class unveiling at the Frankfurt Motor Show, two official sketches of the small SUV have been released to boost anticipation. 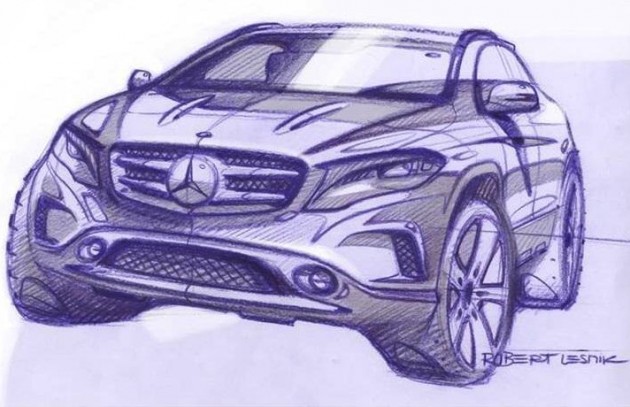 The GLA-Class will be Mercedes-Benz’s new small SUV, ready to take on the likes of the Audi Q3 and BMW X1. Based on the latest A-Class hatch, the GLA-Class is expected to arrive with a number of turbo-petrol and turbo-diesel engines with all-wheel drive.

Entry-level variants could be offered with front-wheel drive to reduce prices and to improve fuel economy, while a flagship ‘GLA 63 AMG’ is also set to be on the way sporting AMG’s cracking new 265kW turbo 2.0-litre.

Although the sketches aren’t much to go by, the new model will be inspired by the GLA concept which was unveiled earlier this year. It showcases the company’s latest styling philosophy, with a two-tier front grille, LED lighting, and, by the looks of it, two distinct bonnet lines/bulges.

All will be revealed at the Frankfurt show, starting September 10. 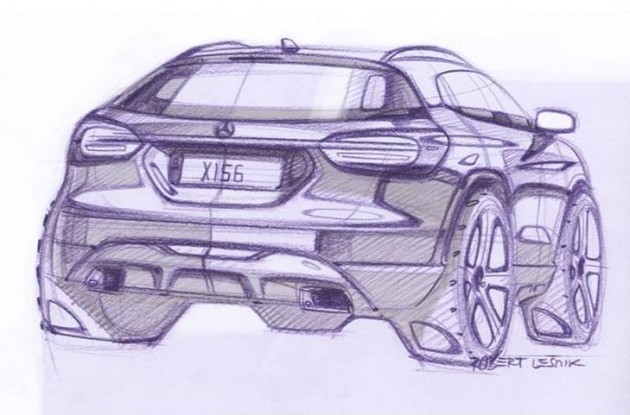