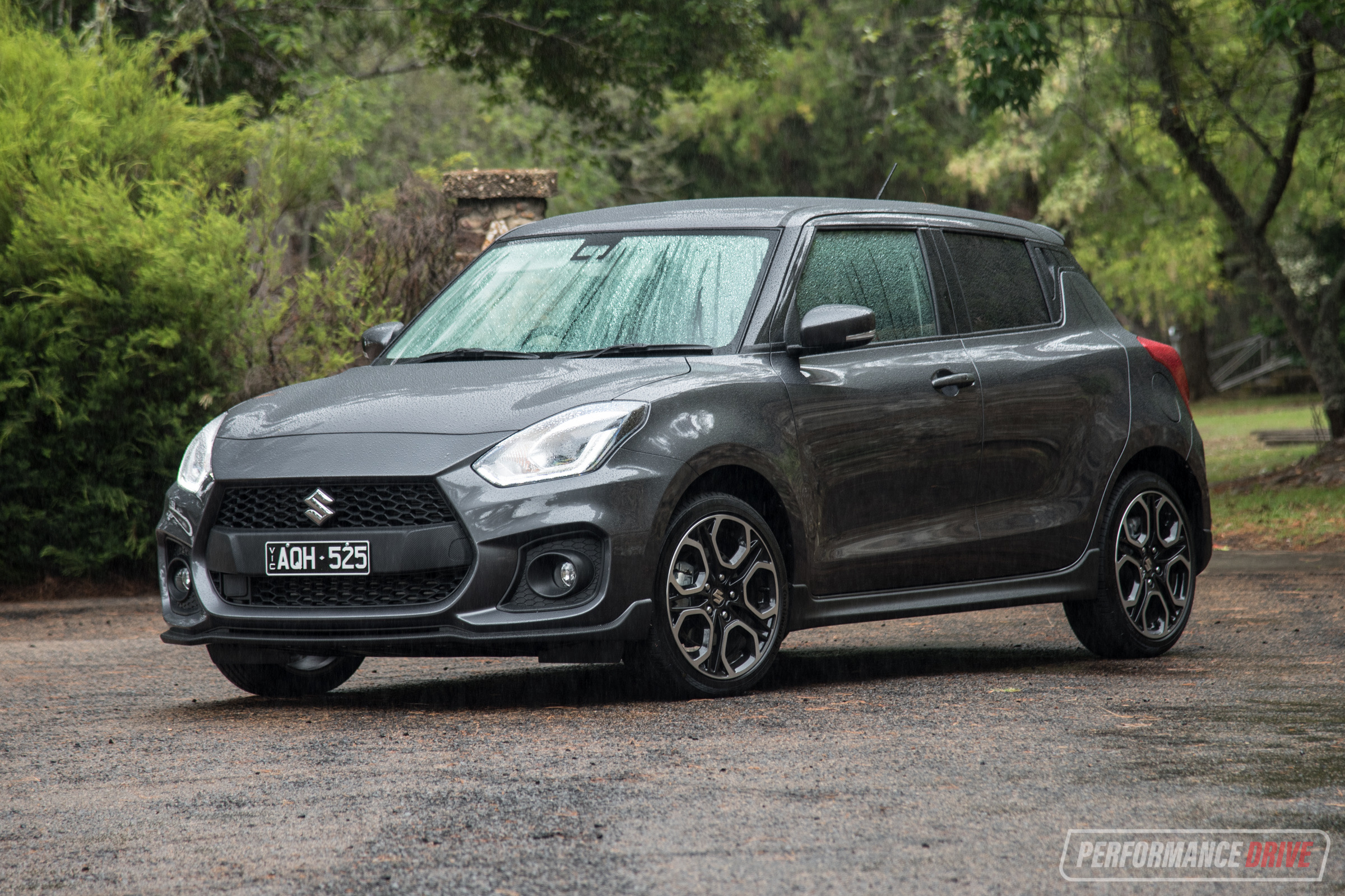 Some days we get up in the morning and step into whatever car we’re testing like it’s just another car. But every now and then we are genuinely excited to get up early so we can drive a new model. The plucky 2018 Suzuki Swift Sport is one of the rarer, latter cases. This may come as a surprise as it is ‘just a Suzuki’. But there’s something very raw and endearing about driving it that makes it very likeable and fun. 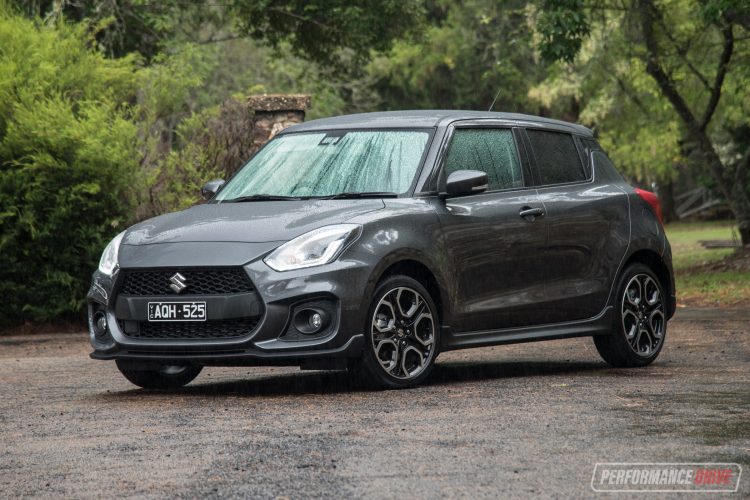 For the new model Suzuki has adopted its latest ‘HEARTECT’ platform which is shared with the latest Baleno and Ignis. Unlike the Baleno, which is made in India, all Australian-spec Swifts are made in Japan. For the first time in the Swift Sport there’s a turbo motor. A Swift turbo. It just sounds right, doesn’t it? More specifically, it’s the 1.4-litre four-cylinder that debuted in the Vitara S Turbo a couple of years ago, producing the same 103kW/230Nm outputs.

Suzuki must have listened to sporty car fans, because it offers the new model with either a six-speed manual or a six-speed automatic – it’s no longer a dreaded CVT automatic. This could make the manual/auto decision a little tougher.

Pricing is a touchy point with the new model as it kicks off from $25,490 for the manual and $27,490 for the auto. This is $1000 up on the predecessor which could seem expensive, especially for returning Suzuki buyers. However, many of the somewhat premium and more capable/powerful rivals are also creeping up in price. Take the new VW Polo GTI as an example. It’s priced from an eye-opening $30,990. (All excluding on-roads.) 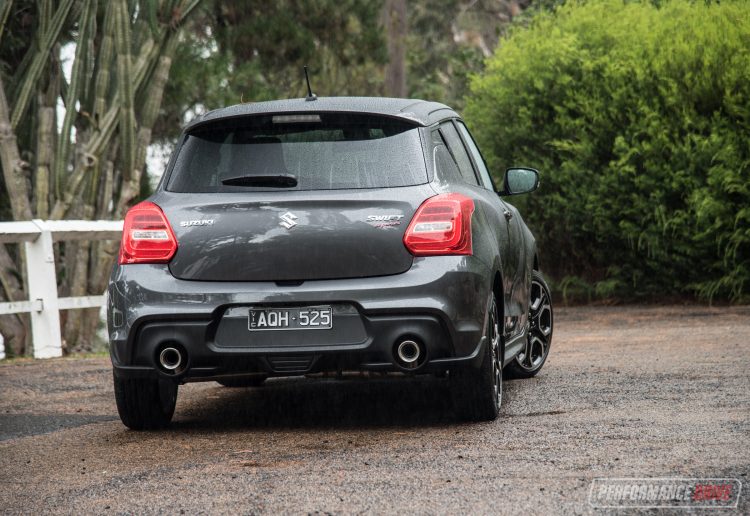 It’s amazing how much room these compact cars can offer these days. Although, exterior dimensions have grown compared with the previous model. Overall length stands at 3890mm, and width at 1735mm, making it 40mm longer and 40mm wider.

Everything you need is in here. You’ve got a touch-screen media interface with standard sat-nav and a rear-view camera, Bluetooth and a bunch of menus and settings to play around with. Sure, the screen doesn’t present the prettiest graphics or colour palette, but functionality is as simple as making a Milo. There are four main quadrants that split up the main home screen (and there’s a home button), and then easy navigating around within each section. About the only real downside is up/down volume button control which can be annoying if you need to really quickly turn it down (or up, if your favourite song has just come on). 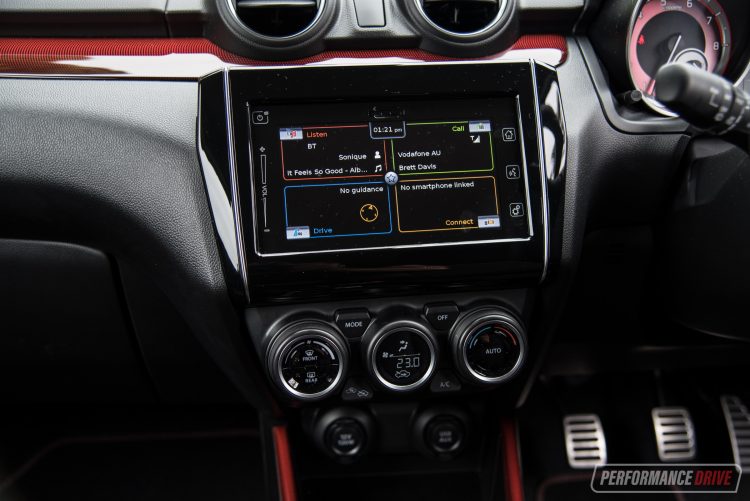 The cabin layout is quite tall with a high ceiling providing heaps of headroom. In the front the seats seem like they are mounted quite high, which might not be sporty but at least getting in and out doesn’t require yoga skills. Down below you have two cup holders, a place for your phone, USB and 12V outlets, and a manual handbrake with another little storage tray under it.

In the back it’s pretty similar, with easy access and good headroom. It’s obviously a bit narrow for three large adults sitting across the back, but it is doable and not as bad as some of the rivals in terms of confinement. There’s no flip-down arm rest in the middle but there are bottle holders in the doors and a single cup holder at the end of the main centre console. We can also confirm you can fit a reverse baby capsule in the back, just, and there are ISOFIX points on the outer seats.

Boot space is quoted at 265 litres, or 918L with the rear seats down. There is a decent step resulting from flipping down the seats but the space is increased from 210L/900L over the previous model.

Standard features are aplenty, with some pretty advanced stuff like adaptive cruise control and autonomous emergency braking really give it an edge over some of the competitors. You also get auto headlights, climate control, lane departure warning, and enough airbags to help pass ANCAP five-star safety standards. 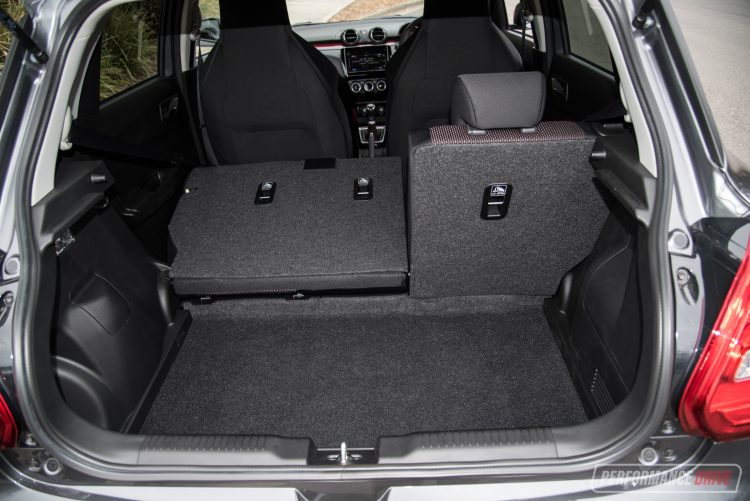 You probably thought we were lying when we said this is a car to get up early for on a Sunday morning just to take for a blast. But, it’s the truth. It has that fun, plucky, can-do attitude. Popping down to the shops is no longer a tedious task. Thanks to the tall seats and outstanding visibility the Swift Sport feels very manageable in all conditions, especially in tight car parks and inner-city streets. And with that buzzy turbo engine, with peak torque available from just 2500rpm, it’ll whiz you and your things up hills and ramps with no trouble at all.

Out on the highway the manual transmission features slightly shorter ratio gears than the auto, which means 110km/h in sixth requires around 3000rpm. In the six-speed auto you’re sitting at around 2200rpm to do the same speed. Obviously the manual is more engaging and makes you feel more involved with the drive, but the auto is the more relaxing option. 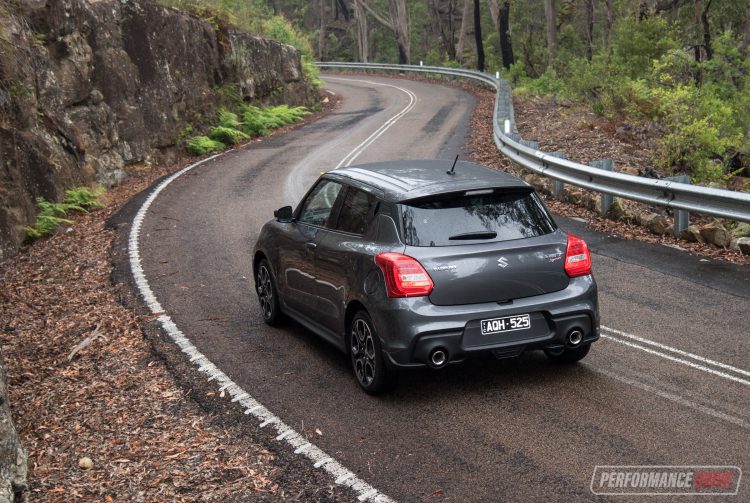 The debate between the manual and auto has been going on for decades. But the fact of the matter is, buyers just aren’t selecting the manual option anymore. This effectively forces the manufacturers into reducing the availability as there’s no point in engineering and manufacturing such a unit if nobody (or not many) is going to buy it.

Fortunately for the new Swift Sport, Suzuki has got rid of the boring old CVT auto from the previous model. Instead, it’s a regular torque-convertor six-speed automatic. The unit shifts pretty quick and downshifts are assisted by rev-matching, and you have paddle shifters to play with for added driver engagement. To select manual mode you need to slot the shifter down into the lowest slot. This means it can be very easy to accidentally slot into manual mode every time you drive off. Most cars require you to push the lever over to the left or right. 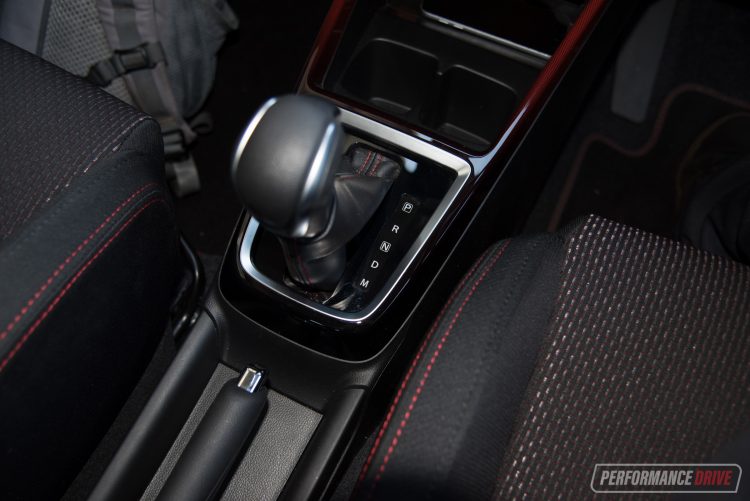 It doesn’t matter if you go for the manual or auto, the Swift Sport is a fun little car. It zips around corners with huge giggle factor, with taut yet comfortable suspension doing its best to absorb irregularities in the road surface. Sure, it’s not the most committed or most hardcore handler in this class, but it is very enjoyable and it offers that raw, real-life feel that seems to be disappearing in modern cars. It’ll spin the inside wheel around tight bends and pull in tight, and the rear stays surprisingly planted even over mid-corner bumps.

As for the engine performance. Yes, it is the same 1.4-litre turbo unit that’s found in the Vitara S-Turbo, which could suggest it might be a mundane, run-of-the-mill unit. However, with the Swift Sport weighing in at just 945kg (tare, manual), 103kW feels like much more. Mid-range torque is strong and makes the car much more versatile than the non-turbo predecessor. 230Nm is available between 2500-3000rpm compared with just 160Nm at 4400rpm. Peak power is hit at 5500rpm, which is fairly low especially for a small-capacity engine, but it doesn’t mind revving higher. Unfortunately, revving it higher doesn’t really produce a nice sound. The engine hums and roars in a mostly generic tone, unlike a traditional hot hatch.

Across the 0-100km/h sprint the best time we could achieve was 7.39 seconds with the manual (about 10 attempts), while the auto version did it in a very impressive 7.01 seconds. We’ve always said that anything under 8.0 seconds makes for a fun car. And in the Swift, we think it’s the perfect amount of power and performance. At this level it’s a car you can actually push the pedal to the metal and not instantly lose your licence. But it’s still quick enough to give you thrills and a big smile on your face. 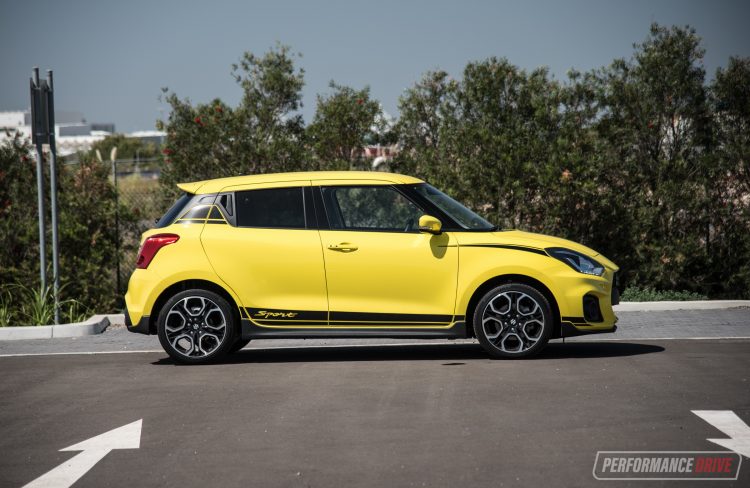 We really like the new Swift Sport. It has to be one of our favourite cars of this year so far. It offers an excellent package with plenty of standard features, safety, and connectivity, and there’s decent room inside, while the engine and performance is spot on for this class. Fuel economy is also outstanding, recording around 6.2L/100km during our tests. About the only real downside is the price. It has jumped a thousand bucks over the old model, but we guess you do get a lot more for your money.