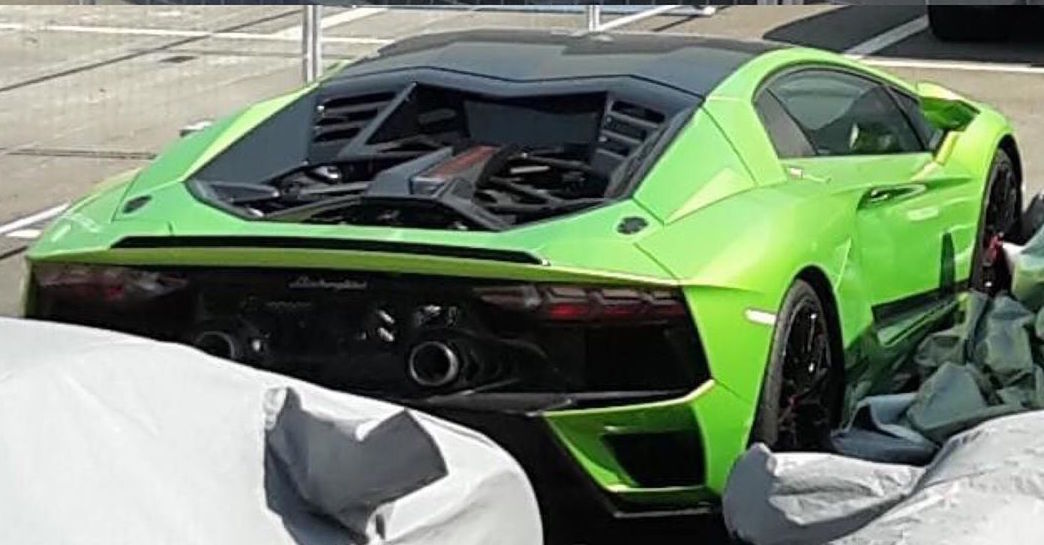 A mysterious and very unique Lamborghini has been spotted, potentially giving us a sneak peek at the successor to the Aventador or one last version of the current model. An Aventador EVO? 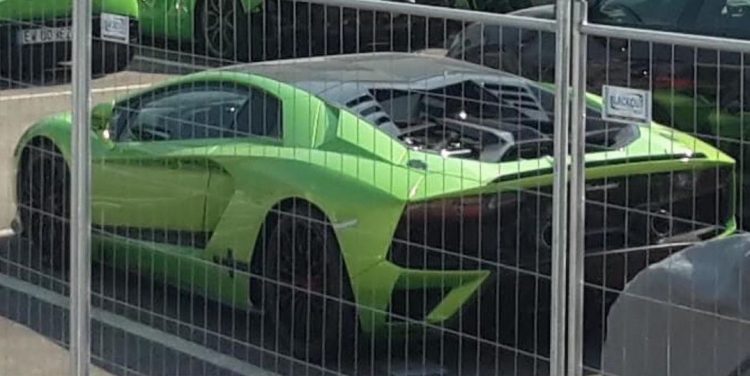 The images surfaced on Instagram recently, showing the mysterious Lamborghini in trademark Verde Ithaca green. Not much is said about the vehicle or where it is sitting exactly. We’re guessing it was spotted in some kind of holding yard, potentially about to be transported to a photo shoot. One commenter on the Instagram post said a supplier for Lamborghini claimed it is a test mule for a future model, featuring a 1200hp hybrid. However, there is no evidence to back this claim.

At the back we can see a very unique engine cover which dishes down, with a spiderweb-like arrangement of beams and braces and a semi-exposed engine. There’s also a small portal for the rear windscreen. Further back you’ll notice a discreet black lip spoiler (likely carbon fibre), which is also very unique for a Lambo. 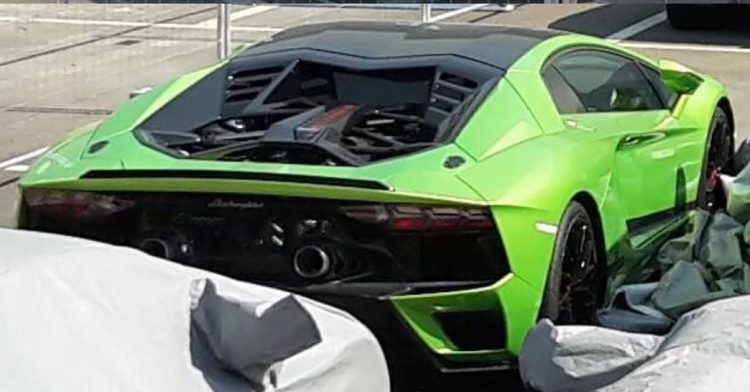 The taillights, the rear wheel arches, and panelling for the C-pillar all seem to replicate those on the Aventador. However, the clean and straight edge that swipes across the rear end, above the taillights, it not something we’ve seen before. Both the Huracan and Aventador, in all iterations, dip down in the middle. Another potential clue is the twin outlet exhaust, which poke out from the middle just like on the Huracan EVO. The Huracan EVO also features a black spoiler at the back, and black engine cover and rear diffuser. But a similar theme is applied to the Aventador S.

There appears to be some kind of badge just in front of the rear wheel. This is the same position for the badge on the Aventador S (pictured above, in blue). However, this badge looks to be in black, and uses some kind of vertical strike through the middle. This is not the layout for either the Aventador S or Huracan EVO (below). The only thing it kind of looks like is the B in the classic Bertone badge. Bertone was the designer of the original Miura and Countach, both distant predecessors to the Aventador. Although, the original Aventador was penned by Filippo Perini. 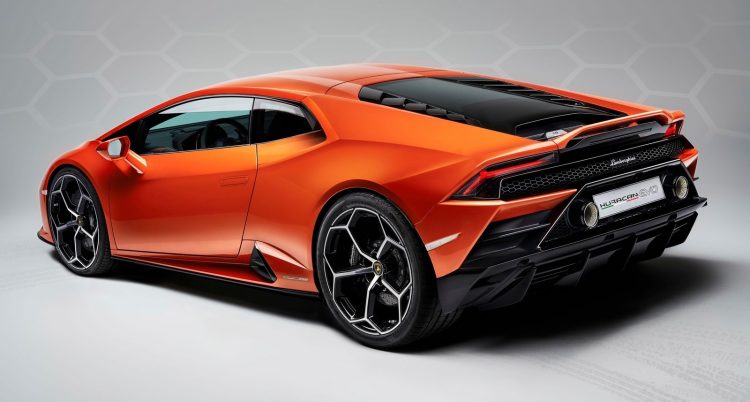 It looks like we’ll just have to wait and see. Given this car looks complete and all shiny, we’re guessing a full debut will take place quite soon. That’s if it isn’t simply a test mule, built for development purposes only. The Aventador has been around now since 2011.