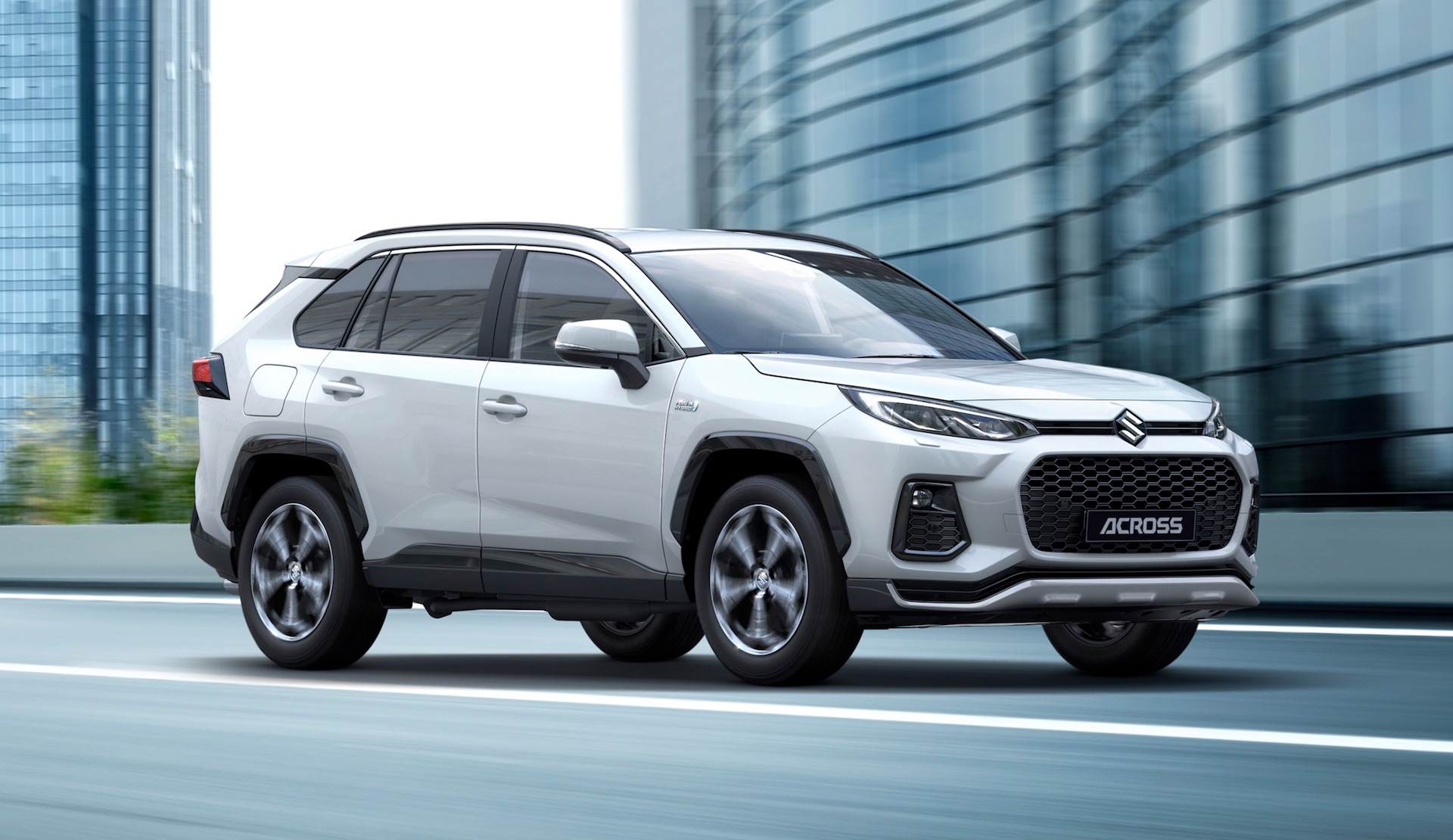 It looks a bit like the latest Toyota RAV4, and that’s because that’s exactly what it is. Well, it’s called the Suzuki Across and it’s being pitched in Europe as a new mid-size SUV, manufactured by Toyota. 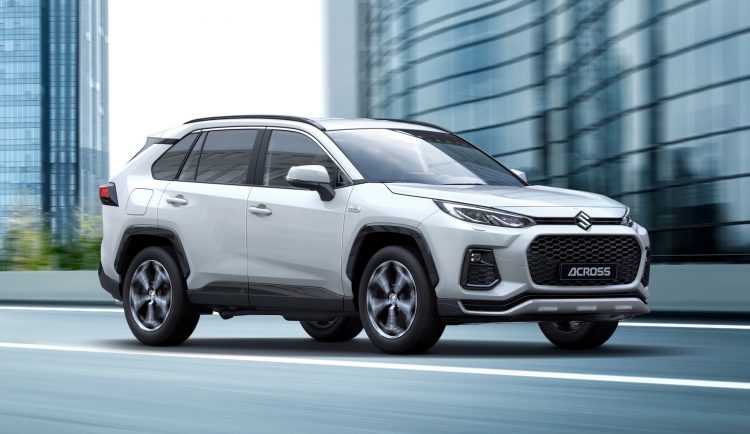 Suzuki certainly picked the right vehicle to base the Across on. Toyota’s latest RAV4 is selling like hotcakes, no doubt thanks to its excellent cabin practicality, advanced hybrid tech that brings real real-world economy benefits, and a distinctively rugged design.

The Across showcases Suzuki’s own front end design with a unique grille, headlights, and big open-mouth bumper bar. Lower down is also exclusive to Suzuki. However, most of the torso and doors are pretty much carried over from the RAV4, while the rear appears to be almost identical to the RAV4. 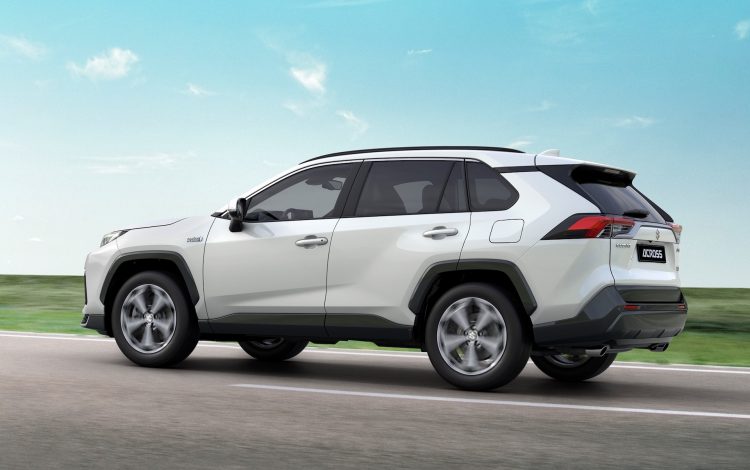 Taking a look inside, Suzuki has borrowed plenty from Toyota in here as well. But that’s no bad thing as the cabin is filled with innovative and practical-minded features, including wireless phone charging, integrated dash shelving, a huge centre console box, and lots of soft-padded touch points.

Up on the dash is a 9.0-inch multi-media touch-screen system. It supports Android Auto and Apple CarPlay, as well as MirrorLink. There’s also a 490L boot which expands to an impressive 1604L with the rear seats folded down. 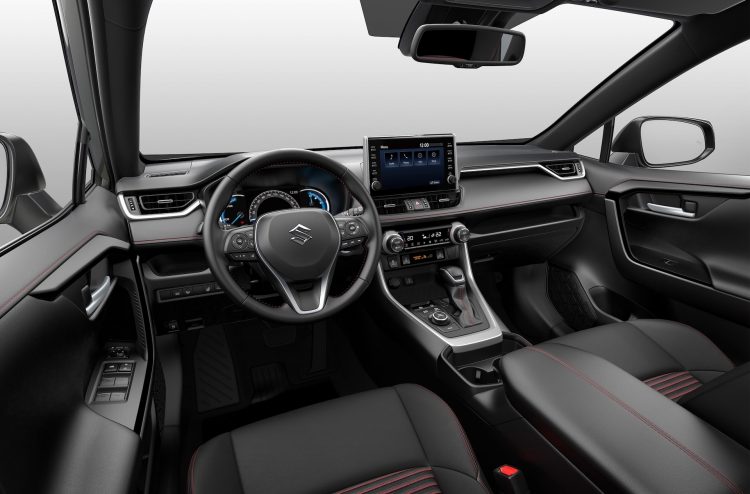 One of the most interesting elements of the Suzuki Across is the plug-in hybrid powertrain. It consists of a 2.5-litre petrol four-cylinder that’s paired with a front and rear electric motor. Combined output hasn’t been mentioned but the petrol engine produces 136kW/227Nm, and the front electric motor develops 134kW/270Nm, with the rear electric motor providing 40kW/121Nm.

Suzuki says the powertrain offers “rapid acceleration”. It also offers electric-only driving capability, with a full-charge range of 75km. This is thanks to an 18.1kWh lithium-ion battery system which is mounted beneath the floor.

The 2020 Suzuki Across will go on sale in Europe during the northern autumn (third quarter). It’s the first model to be built under Toyota Motor Corporation as part of a business agreement between the two Japanese companies.