Ford Europe has released a new promotional video which demonstrates that owning a wagon can be just as fun as owning a sporty hot hatch, with the 2012 Ford Focus ST Estate wagon. 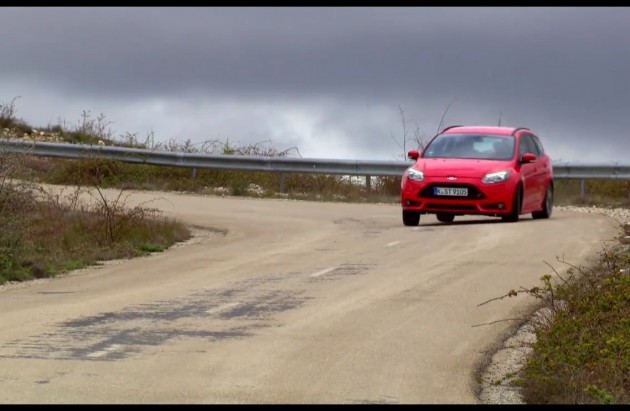 The 2012 Ford Focus ST Estate wagon was first unveiled at the 2011 Frankfurt Auto Show. It showcased all the frills and mechanical highlights as the sporty Focus ST hatch, only in a cool wagon format.

Power comes from the same 2.0-litre EcoBoost four-cylinder engine (similar to the one seen in the Ford MkII Falcon EcoBoost), producing 188kW of power and 366Nm of torque. The power has recently been nudged up a notch thanks to the Focus ST overboost function.

On the outside, a sporty bodykit gives the wagon a lower overall stance, as well as sharper and more aggressive front and rear bumper bars.

Click play on the video below to see how much fun can be had in it.

Ford Australia has no plans to introduce the wagon Down Under at this stage, unfortunately, however, the normal Focus ST hatch is set to arrive during the fourth quarter of this year.