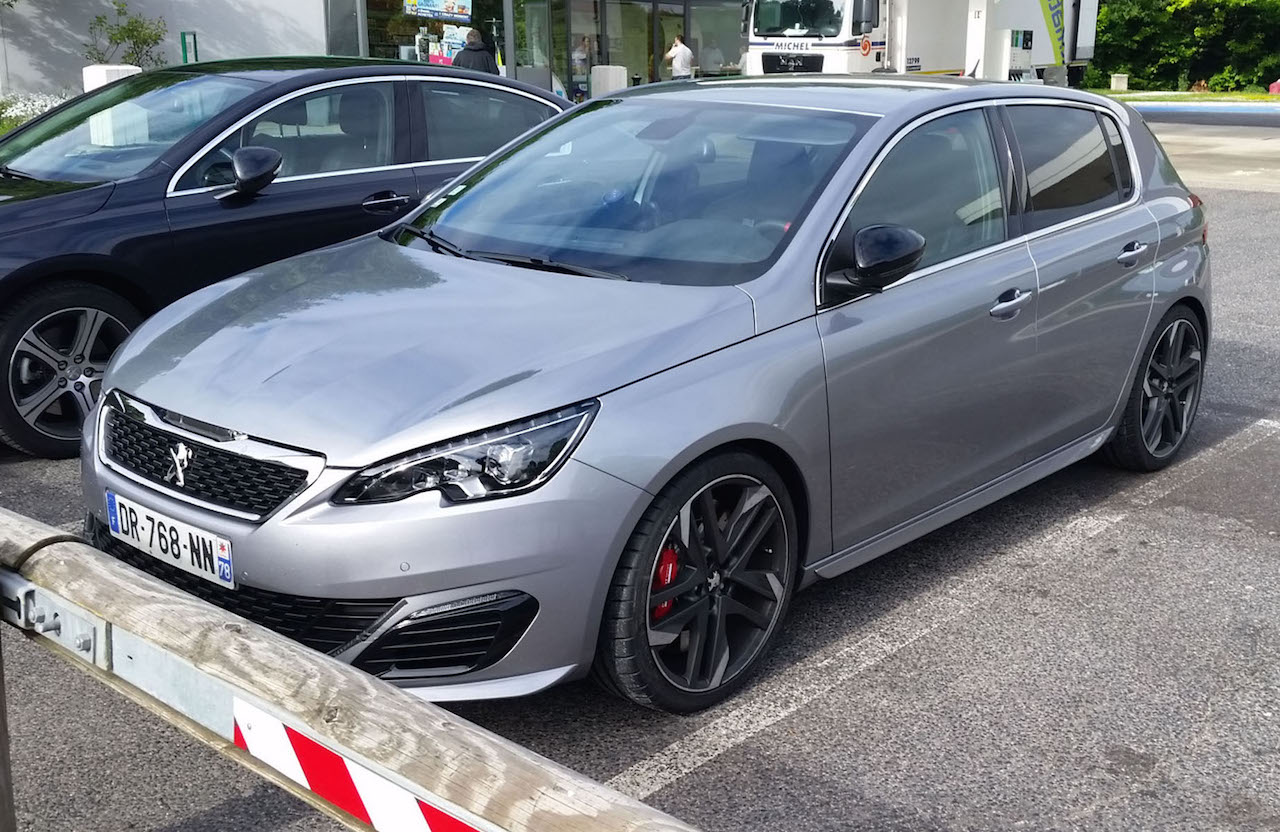 Peugeot’s 308 GTi hot hatch has been scooped in the wild, ahead of its hotly-anticipated Goodwood Festival of Speed debut later this month. Thanks to Caradisiac forums user Tevas, we can see some of the sporty additions to the body Peugeot has made. 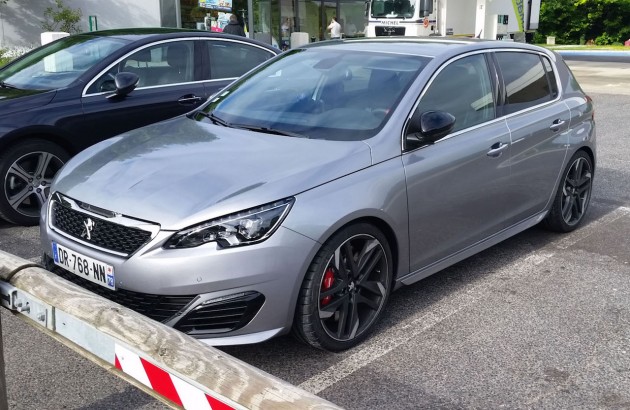 The Gallic marque had already announced it will be sporting a large dose of French flair at the Festival of Speed, with the world premiere of a 308 ‘performance model’, leaving many to logically conclude the 308 GTi, which sits above the ‘warm’ 308 GT, to be the debut in question.

The GTi appears to sport a more aggressive front end treatment, with different upper and lower grilles compared with the GT. A more prominent rear diffuser and fatter exhausts also feature, in addition to deep side skirts. Larger 19-inch alloys shod in 235/55 Michelins pave the way for more power to hit the road.

Speaking of which, the GTi is expected to nudge 200kW, which would place it considerably higher than Golf GTI and Focus ST. Luckily, as visible in the photos, some pretty serious braking hardware will also be employed.

While the GTi name is yet to be confirmed, look for this car to make its official debut at this year’s Goodwood Festival of Speed, running from June 25-28. 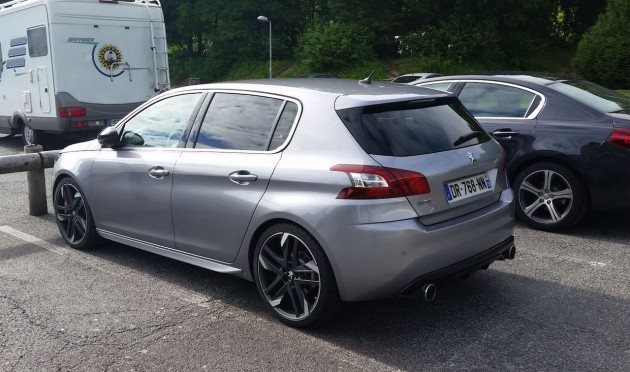