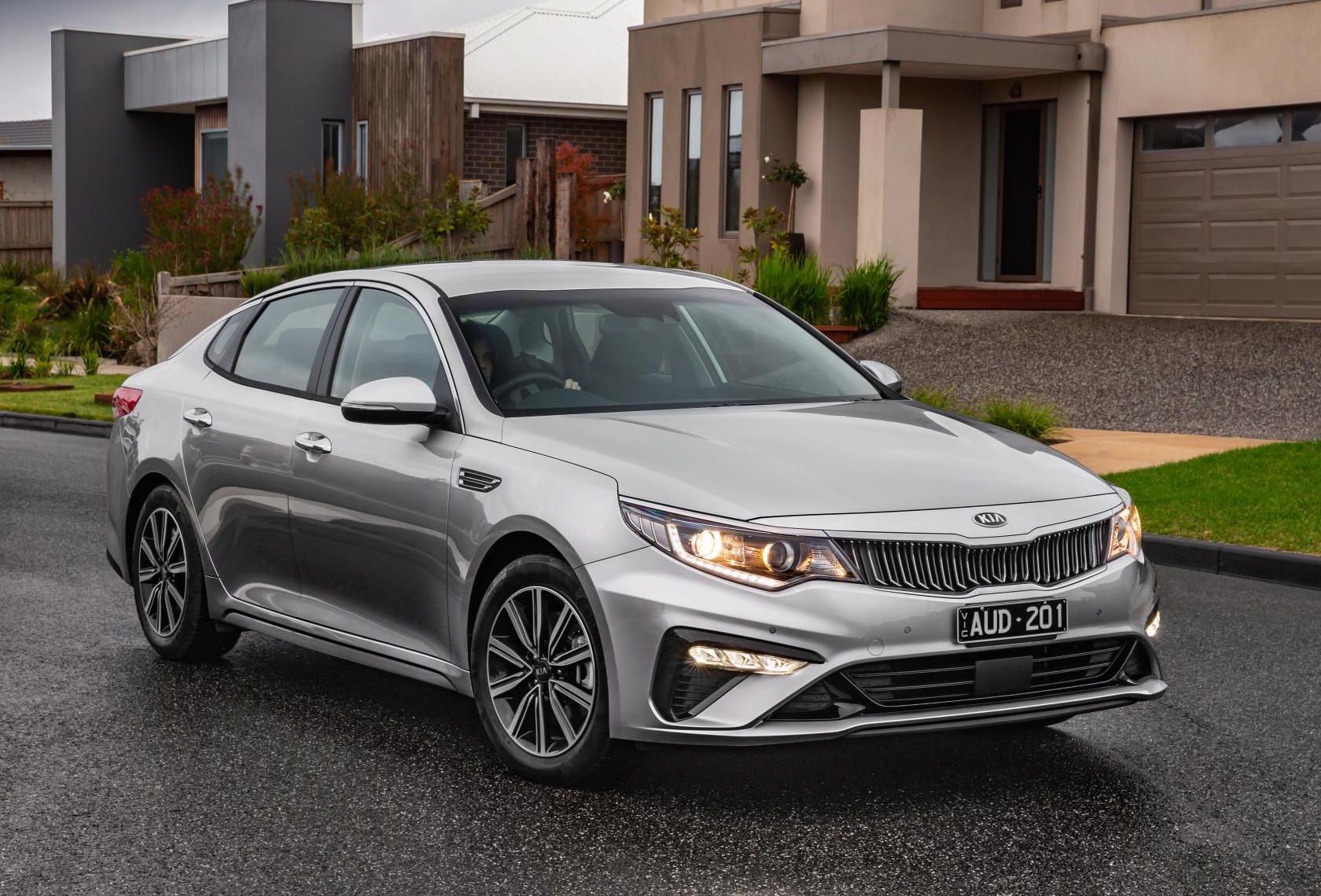 Following the overseas reveal of the 2019 Kia Optima, Kia Australia has now introduced the facelift with some local changes, giving it “renewed relevance”. 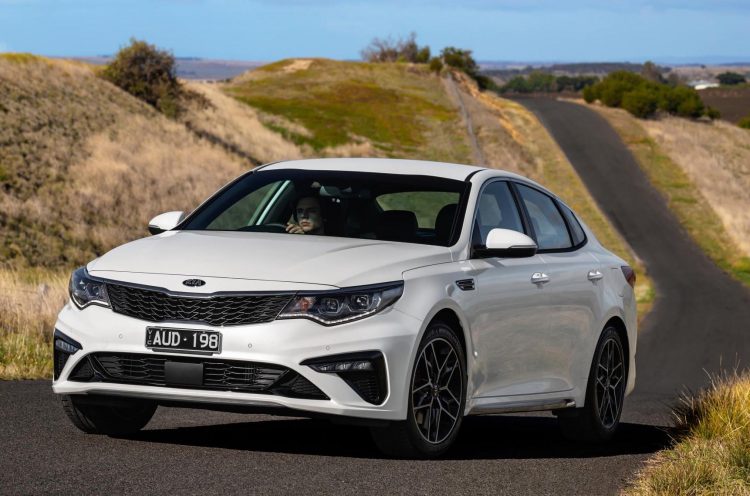 The sedan market is one of the fastest-declining segments in Australia. In the ‘medium below $60k’ class, where the Optima competes with the likes of the Toyota Camry and Mazda6, collective sales have dropped by 25.6 per cent year-to-date compared with last year (through May). And Optima sales have dropped 35.1 per cent during the same period, perhaps not helped by the launch of the slightly bigger Stinger which could be stealing some sales.

Kia wants to keep the Optima as fresh as it can to make sure it has the best fighting chance. So, for the 2019 range (MY2019), buyers can enjoy increased in-car technology and safety, along with a neatened up design. Prices have also been reduced.

Two main variants continue on the local market. There’s the Si to kick off the range, powered by a 138kW/241Nm 2.4-litre non-turbo four-cylinder. It offers an average fuel consumption of 8.3L/100km. Or, for those wanting more push, the GT uses a 2.0-litre turbo-petrol four-cylinder that generates 180kW and 350Nm. It offers a fuel economy of 8.5L/100km. 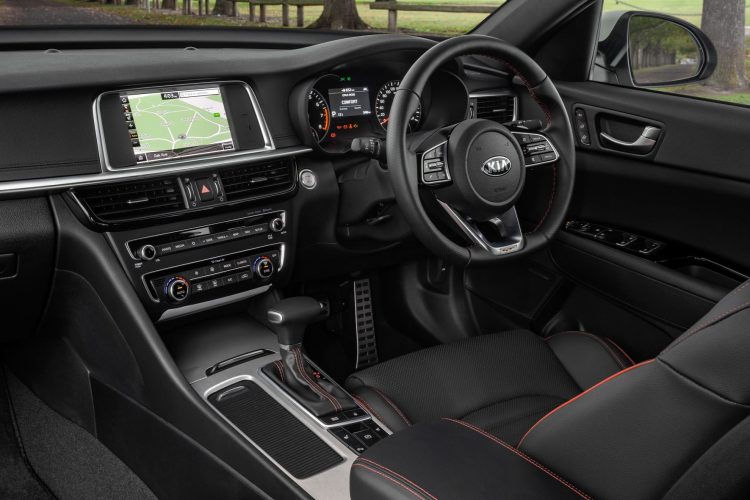 New for MY2019 are two touch-screen media interfaces, including a 7.0-inch item for the Si and 8.0 inches for the GT. These come packed with Apple CarPlay and Android Auto connectivity. In gaining these phone services, in-built sat-nav is no longer included in the Si variant. The GT retains sat-nav with 10-year MapCare and SUNA traffic updates.

Although the safety pack for the new model gains Driver Attention Alert and Lane Keep Assist, some other features are deducted. For example, the Si no longer uses HID headlights and instead gets dual projector, while the front passenger seat in the GT is no longer power adjustable. Front seat cooling is also omitted (heating retained), as is the panoramic sunroof, high-beam assist, and tyre pressure monitoring on the GT.

Some improvements have been made for the ride and handling department though, with a focus on increased refinement and steering feel. Details on the exact changes haven’t been outlined, but Kia says the “already premium feel” is improved. The Kia Motors Australia engineering team helped with the changes.

Lastly, the design comes up for some subtle updates. The front grille and fascia are altered, with black sections for the GT, while the rear panels are updated. New-look alloy wheel design have also been implemented. Speaking about the update, Kia Australia CEO Damien Meredith said:

“With the pace at which the new car market is changing – not just new product but variations in consumer demand – it is critical to keep product fresh and relevant. Optima has been a key Kia model, for a number of reasons, for more than half a decade and keeping it fresh and market relevant is a constant review process.”

List prices for the range kick off from $33,390 for the Si (a reduction of $1100 over the outgoing model), while the GT starts from $43,290 (down $1200 over the predecessor). As with all new Kia models, the MY2019 Optima is covered by a 7-year warranty with 7 years capped-price servicing and 7 years roadside assistance.