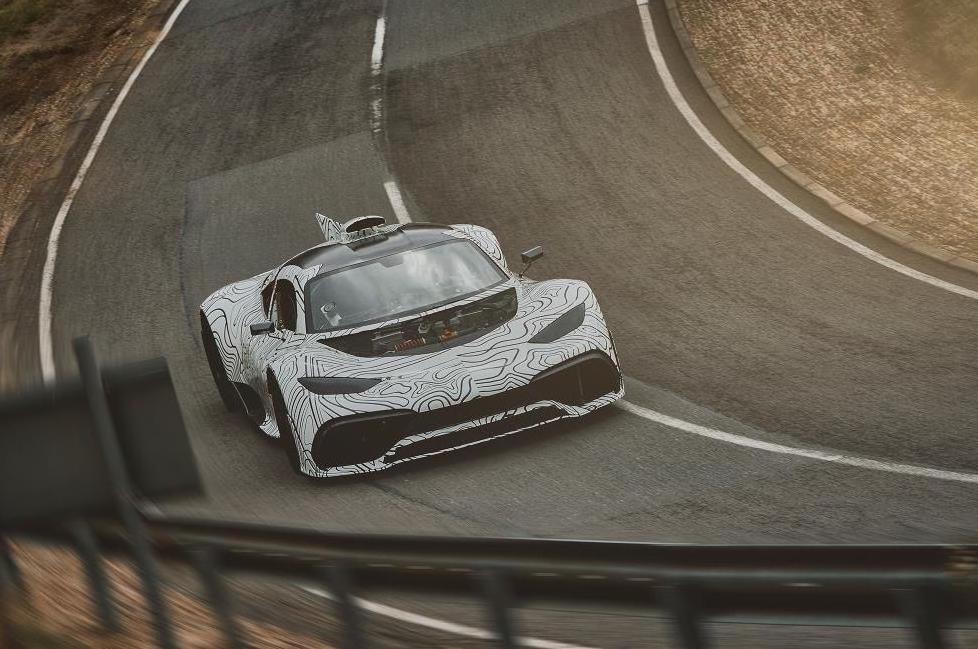 Mercedes-AMG is busy preparing its upcoming Project ONE hypercar, with testing and development now moved to race tracks and proving grounds. 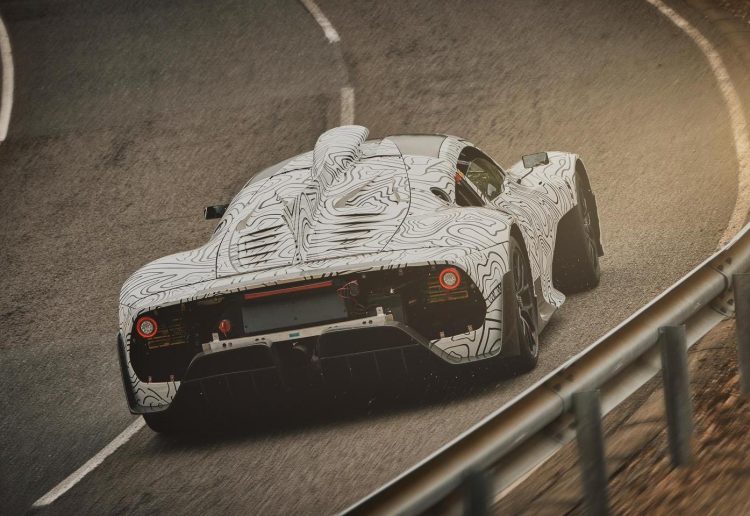 The engineers have been extensively testing the new hypercar in the digital world, in the lead up and following the concept car’s debut last year. This digital development process, that Mercedes calls Project ONE Virtual Engineering, has been undertaken to help realise the goal of putting F1 hybrid technology into a road-legal vehicle.

Testing has since moved to race tracks and to dyno rooms, where the high-performance hybrid engine is being tuned to the extreme. Full specifications on the showroom model haven’t been confirmed yet, but the idea is to offer a 1.6-litre turbo V6 engine, derived from the units used in F1, paired to an electric motor assist system.

The petrol engine is set to be capable of revving to 11,000rpm thanks to hardcore tech such as pneumatic valves and spur cam gears. At full throttle, the package combined is slated to produce over 736kW (1000PS). Thanks to crazy aero parts, a lot of this power is likely to be harnessed and transformed into epic track speed. 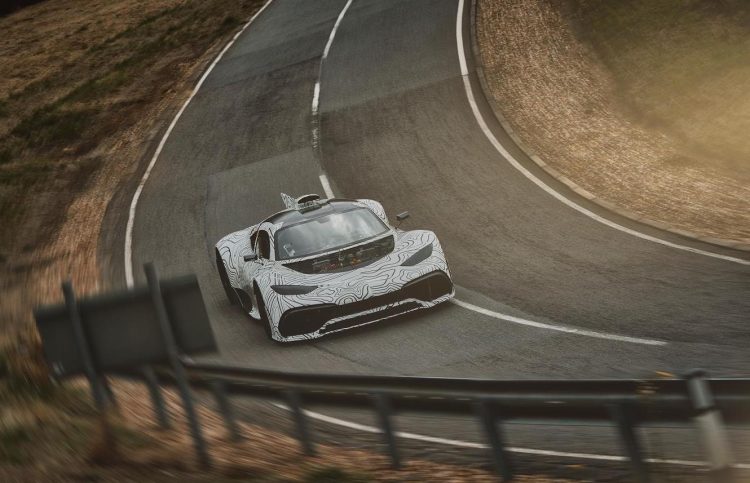 At the moment engineers are testing running prototypes on “secret test tracks” in the UK – looks to be the Millbrook Proving Ground, in Millbrook, Bedfordshire. However, Mercedes says it is becoming difficult to hide these camouflaged prototypes because of the characteristic Formula 1 engine sound they produce.

An official reveal for the production car will probably take place in the next six months or so, given these prototypes are nearing the end of their testing phases.