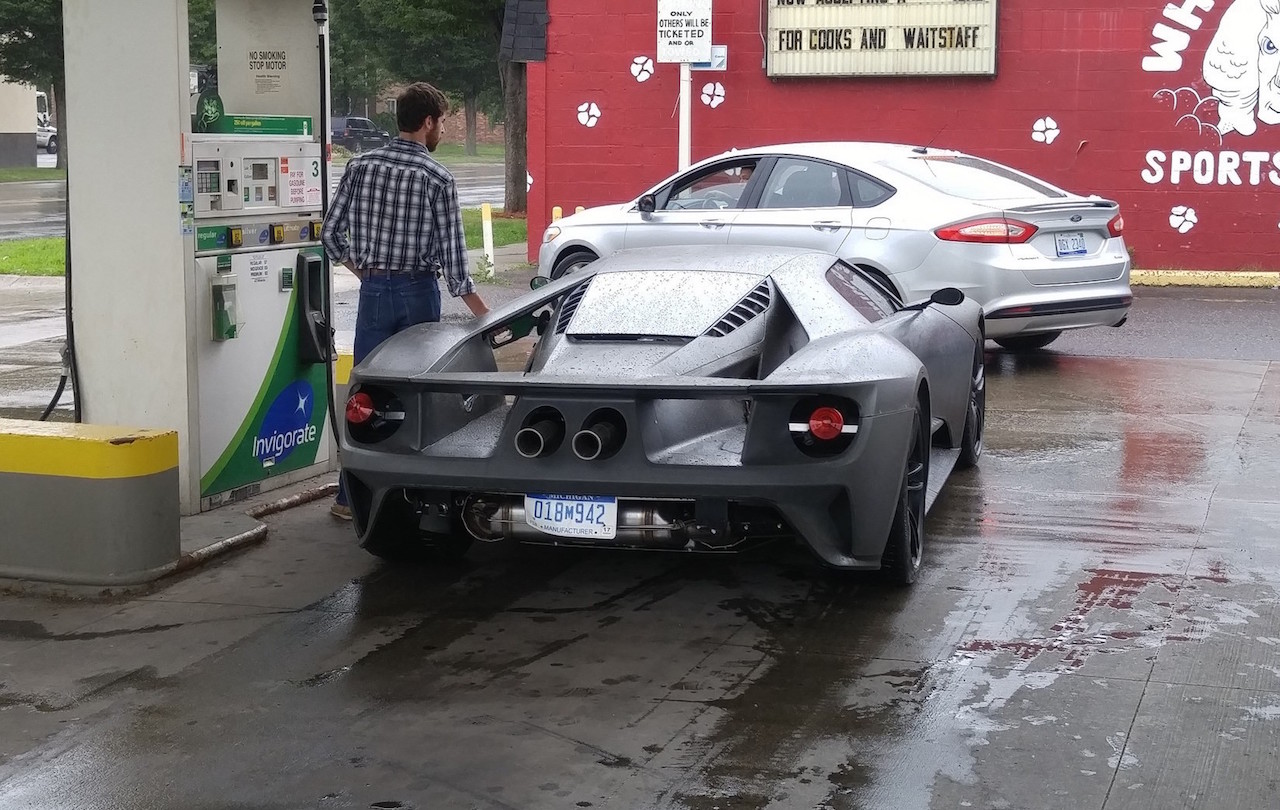 Unpainted prototypes of Ford’s 2017 GT supercar have been doing the rounds, giving it plenty of exposure to opportunistic snappers. 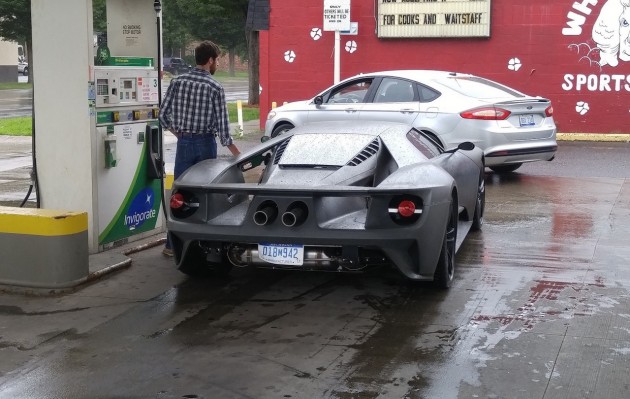 This example was caught while stopping for some petrol in Michigan, USA – near Ford HQ – and thus wasn’t able to hide from a keen photographer – you can hardly miss it.

In the photos, we can see the car’s lean and insectoid-like figure, Brembo brakes, flying buttress archways at the back and its 600hp-plus (447kW) 3.5-litre EcoBoost V6 fully exposed and visible to the world. The engine photo shows a big silver dome that may be related to its dry-sump lubrication system.

Not that it’s very relevant to Australian customers – despite Ford’s ‘One Ford’ rhetoric – right-hand drive versions are unlikely as per its predecessor. Production will be limited to only 250 per year.

The road-going version of the GT will be complimented by its Le Mans racing counterpart, making its debut in the GTE Pro category next year. It’s here where it will face off against its old foe, Ferrari, reviving one of history’s great dogfights.