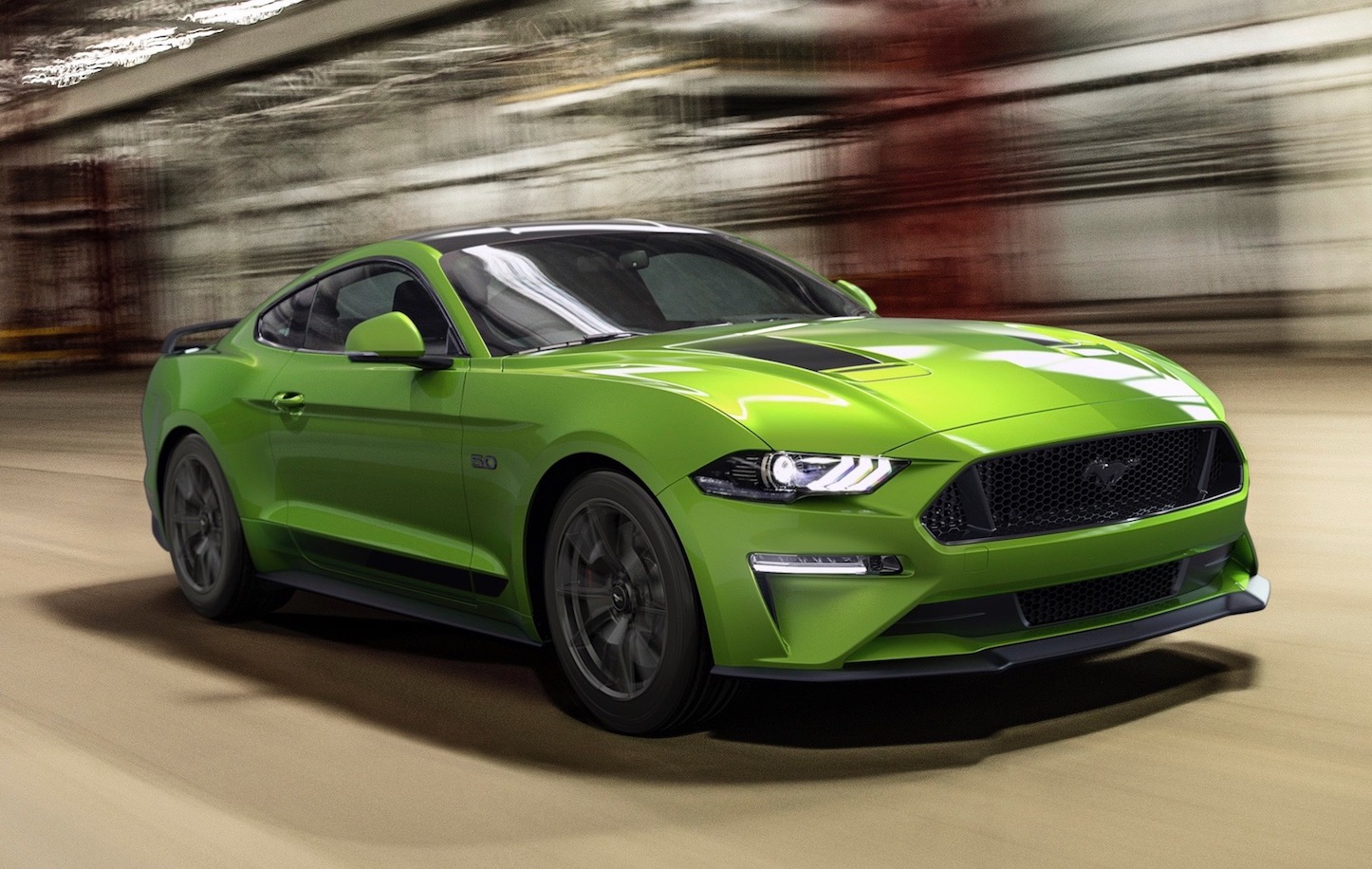 Sports car fans will be excited to hear there’s a new MY2020 Ford Mustang GT just around the corner for Australia. And mouths will be watering even more heavily thanks to the announcement of a Black Shadow Pack. 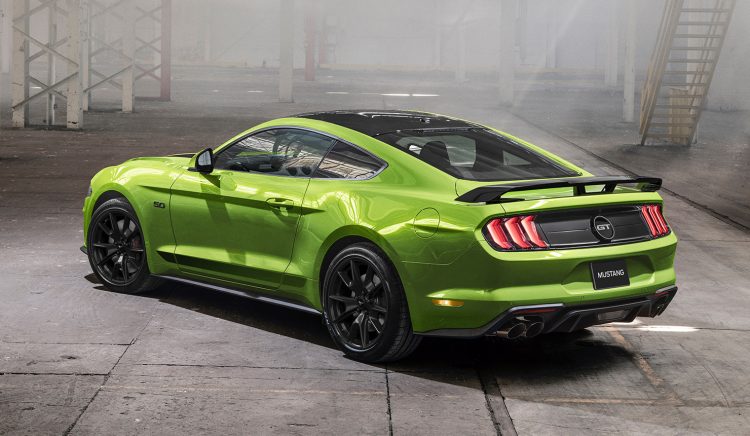 The MY2020 is only a mild update and carries over the features that were introduced with the MY2019. Some of these include a 12.4-inch digital instrument cluster, optional 19-inch forged alloy wheels, optional Recaro seats, and a facelifted design.

For the MY2020 version buyers are offered some new exterior colour options, including Grabber Lime and Twister Orange. These are inspired by colours of classic Mustangs.

The biggest news for the update, however, is a new Black Shadow Pack. This will be available for the Fastback coupe only, priced at $1000. 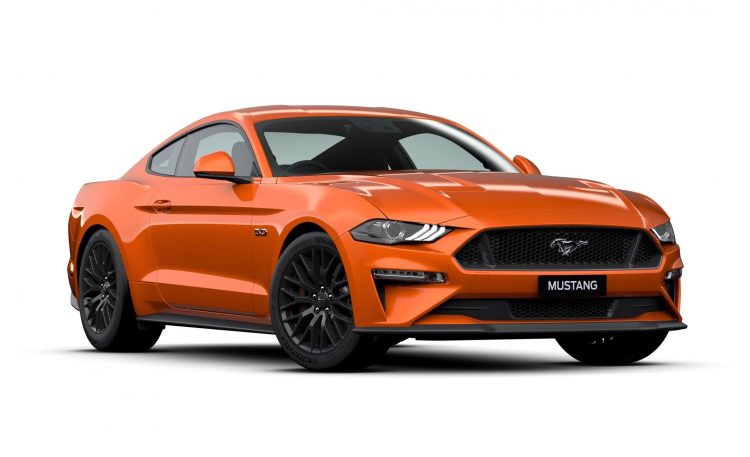 It adds a black roof, black stripes for the bonnet and sides, a black front grille, black ‘5.0L’ badge, and some bespoke dark-finish 19-inch alloy wheels. We’re sure this will all go down very well with enthusiasts, as it helps the iconic muscle car stand out even more.

Also new for MY2020 is the introduction of the Ford Service Benefits program. It covers the first four years or 60,000km (whichever comes first), capping each scheduled service at a maximum of $299. Speaking about the new model, Ford Australia president and CEO, Kay Hart, said:

“The Mustang is an icon, and Australian customers have been asking for more ways to customise and individualise their particular vehicle, so we’re pleased to offer more ways of doing just that. These new offerings help make the 2020 Mustang really stand out, and for the first time, our Ford Service Benefits program, with our Service Price Promise, is part of Mustang ownership, too.” 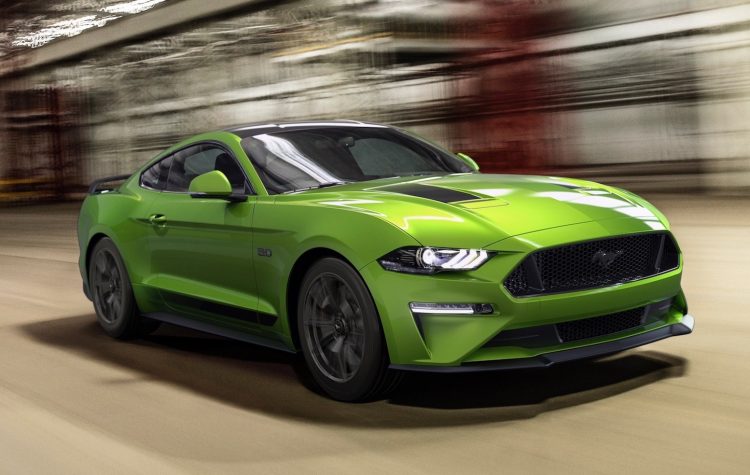 Ford Australia says the MY2020 Mustang will go on sale locally in November. More specs and prices will be announced closer to the launch.

The updated model could help to revive sales numbers for the sports car. So far this year (through June) Ford Australia has sold 2442 examples of the Mustang, which is down 16.6 per cent on the same six-month period last year. Regardless, it remains, by far, the best-selling sports car. It’s nearest rival is the Mercedes-Benz C-Class two-door, which has reported 1256 sales, up 18 per cent.