Kia has pulled the wraps off the new 2014 Kia Cerato Koup SX turbo at the New York Auto Show. This is the first time the Koup is offered with a turbocharged engine, and it becomes the most powerful Cerato-based model ever produced. 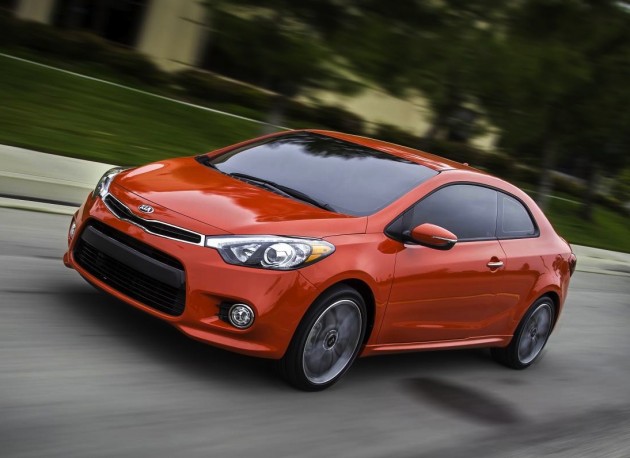 Powered by the same 1.6-litre turbo GDI engine as seen in the Hyundai Veloster SR Turbo, the Koup SX is boosted with 150kW and 264Nm of torque. The engine sends force through the front wheels via either a six-speed manual or automatic transmission.

The SX turbo comes with 18-inch alloy wheels wrapped in 225/40 tyres as standard, and a neat bodykit with black grilles in the front end and a carbon fibre-style rear diffuser. It also comes with chrome exhaust tips, larger front brakes over the regular EX, and some alloy pedals inside with various carbon-look trimmings. 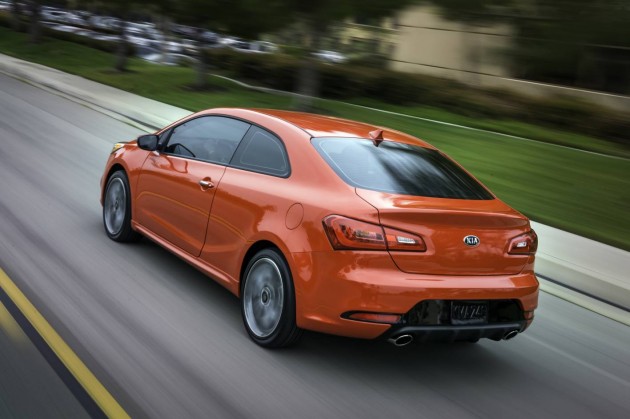 Like pretty much all Kia vehicles lately, the new Koup looks like a high quality product. The designers have done well once again to produce styling that’s modern, attractive and quite smart.

The 2014 Kia Forte Koup SX will go on sale in various international markets during the final quarter of this year.

Kia Australia is yet to announce a possible local introduction of SX. The base model EX, with the new styling, might be a more likely option since the Kia cee’d GT turbo hot hatch is due to arrive at the middle of this year offering similar credentials.