If you’ve got a Nissan 370Z and you are looking to customise it to give it some more personality, this K3 Project 370Z should give you some great inspiration. 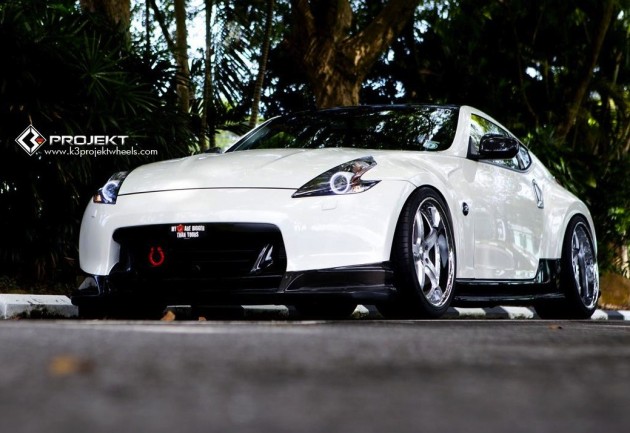 The project car itself is a 2009 Nissan 370Z Touring and it has been turned into a mean-looking street weapon with a number of simple yet very effective modifications by K3 Project.

If you didn’t already know, K3 Project is an alloy wheel specialist. It comes as no surprise then the 370Z features a fresh set of K3 Projekt1 20-inch deep-dish alloy wheels. These sit in front of 20mm Ichiba spacer plates on the front and 25mm plates on the back. 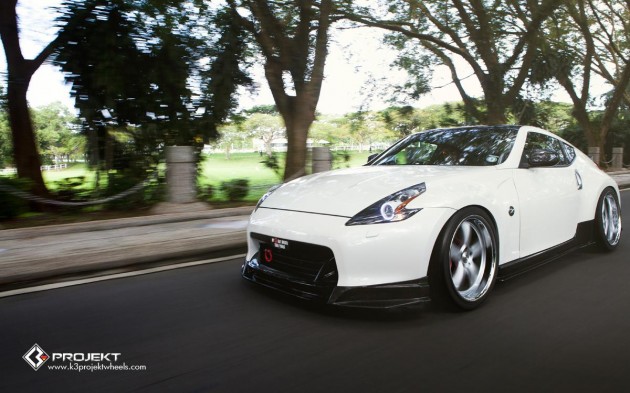 Under the bonnet K3 Project decided to go with a Stillen Gen 3 cold air intake system to help the 245kW 3.7-litre V6 breathe a bit easier – and louder – while an Invidia exhaust system does a similar job with help from some Z1 pipes.

To top it all off the K3 Project ‘Zed’ features a SunLine Racing carbon fibre front spoiler, pumped wheel arches, a carbon Evo-R rear diffuser, carbon B-pillars and side mirrors, and some custom badges on the sides. Inside is styled to match, with a Carbon Signal red carbon decor.

Overall, the 370Z looks super-mean don’t you think? Especially with its wide and low stance.