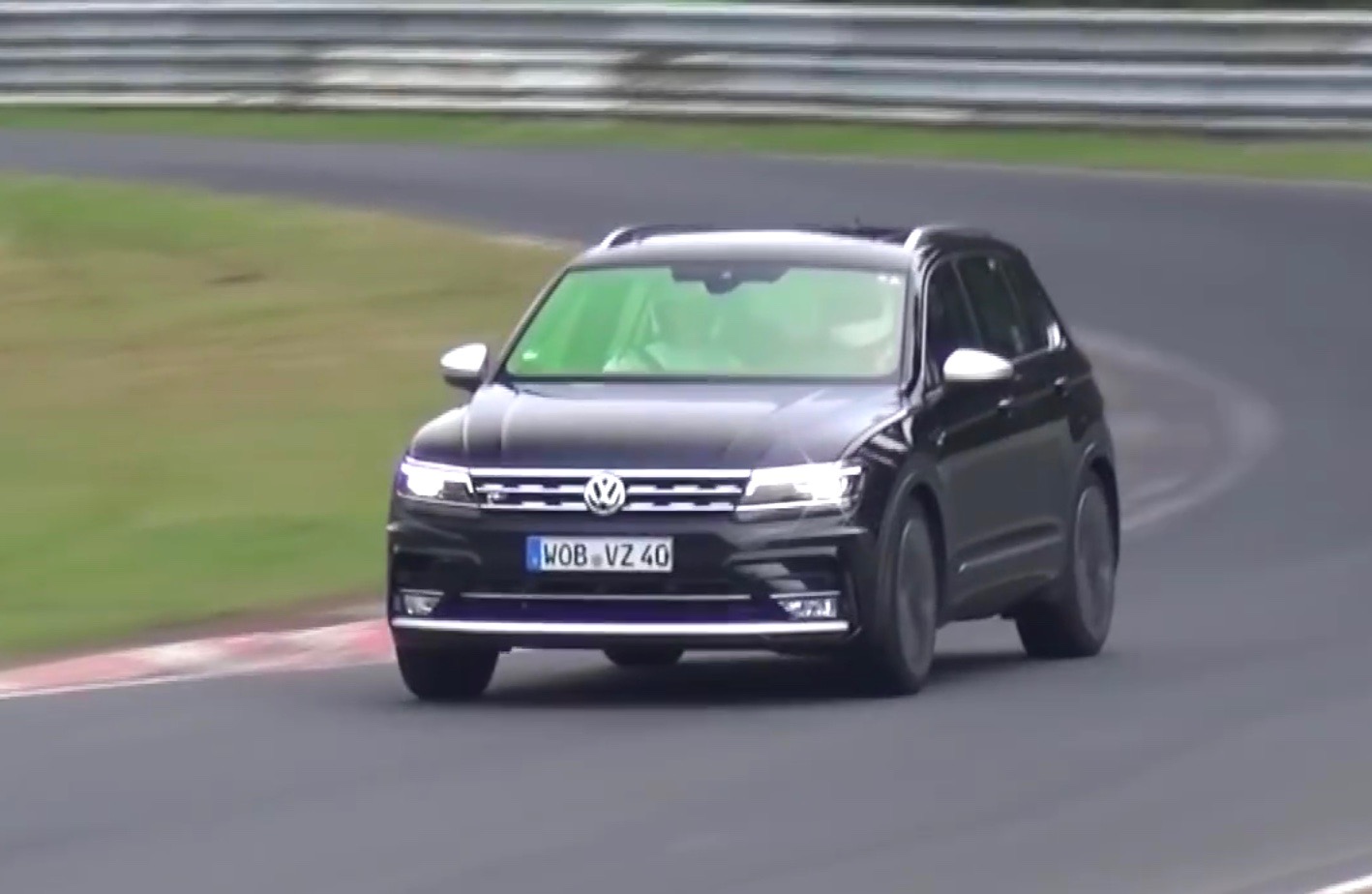 It seems Volkswagen could be planning a performance ‘R’ version of the new Tiguan, with a prototype recently spotted at the Nurburgring giving further clues. 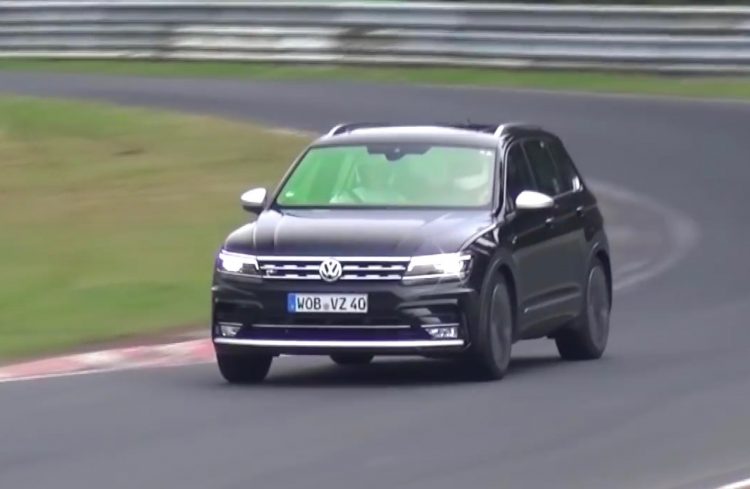 The Tiguan ‘R’ prototype has all of the telltale signs of a proper R model, including a neat bodykit with somewhat extended wheel arches, various matte silver highlights including for the front grille and side mirrors, along with large alloy wheels. There’s also the traditional quad-outlet exhausts at the back.

Volkswagen Group certainly has the expertise and component development under its belt to produce such a model. There’s also likely plenty of demand for a performance SUV, following in the footsteps of the current Touareg R with it’s twin-turbo V8 diesel.

Given the new Tiguan is already available with a potent turbo-diesel engine, a twin-turbo four-cylinder producing 176kW and 500Nm (overseas only, at this stage), industry experts are suggesting VW will go with its 2.0-litre turbo-petrol engine found in the current Golf R.

In the Golf R the unit produces 206kW and 380Nm, although it also produces up to 221kW in the case of overseas models and in the Audi S3. This is paired to a seven-speed dual-clutch automatic with 4MOTION all-wheel drive. A combination like this is expected to follow for the Tiguan R.

As for performance? We could be looking at a 0-100km/h time in under 6.0 seconds, making it the quickest SUV in the sub-premium class. The only vehicle that would come close is the Subaru Forester XT with its 177kW engine, and even the tS STI-tuned limited edition version.

We’ll be sure to keep on top of this one and keep you updated with anything official that we hear. Check out the spy video below in the meantime for a preview.