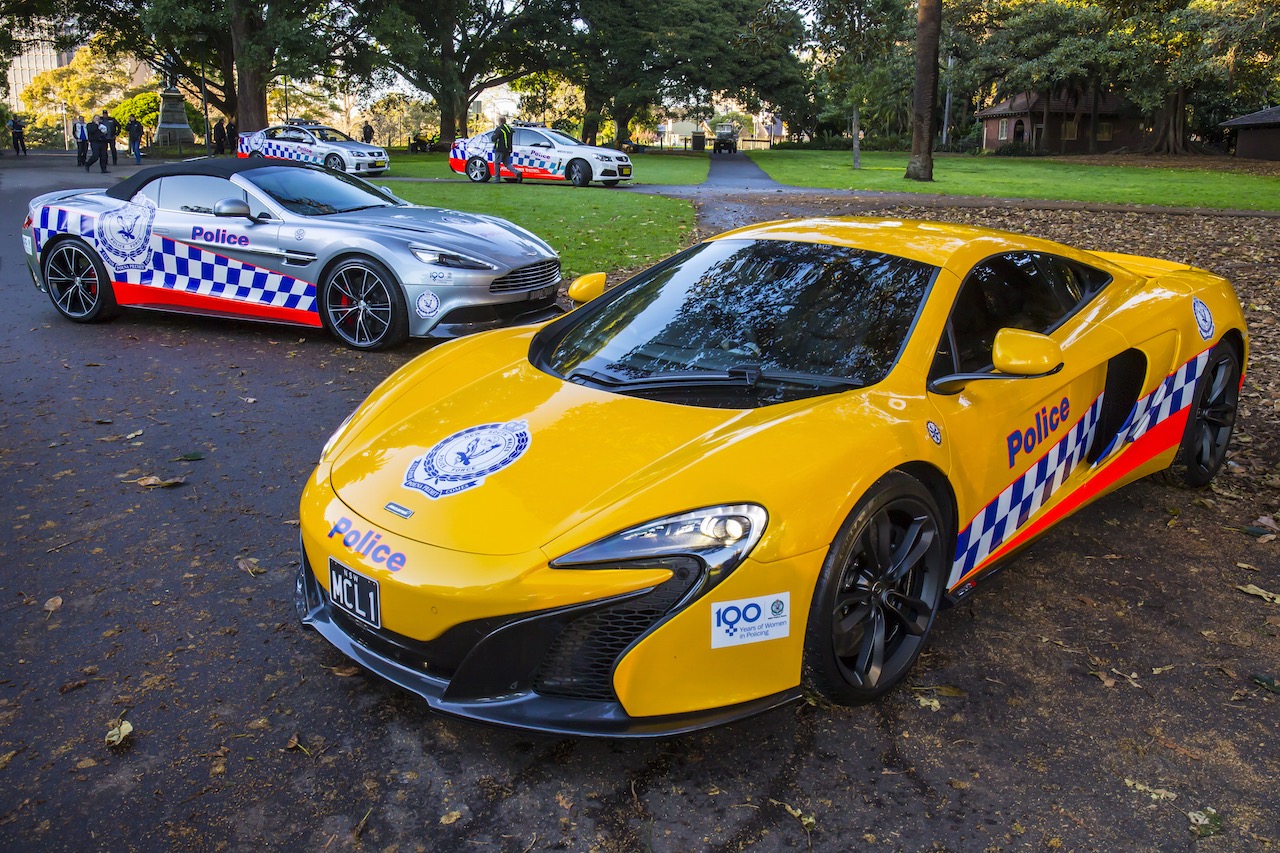 The NSW Police has two new recruits on the force. Yep, a McLaren 650S and Aston Martin Vanquish Volante, both of which have been dressed in full police livery. 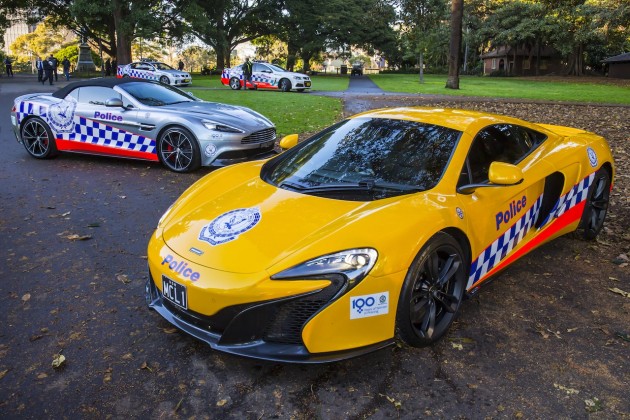 No, this isn’t Dubai, where local authorities flaunt extravagant police cars from Ferrari and Porsche, and even Bugatti. Instead, Trivett Bespoke, the appointed dealer for McLaren and Aston Martin in Sydney, has donated the two cars for only one week in honour of the National Police Memorial Wall to Wall Ride and 100 years of Women in Police Program.

The cars were given to the police to help raise awareness for the 2015 National Police Memorial Wall to Wall: Ride for Remembrance event. It involves a 1000-strong parade of bikes and highway patrol cars, making the journey from the NSW Police Wall of Remembrance in Sydney to the National Police Memorial in Canberra. Marc Webb, dealer principal at Trivett Bespoke, said,

The sponsorship took place at no cost to NSW Police, thankfully, and will last for one week. We’re sure there is going to be a lot of scuffling in the offices over who gets to drive them.