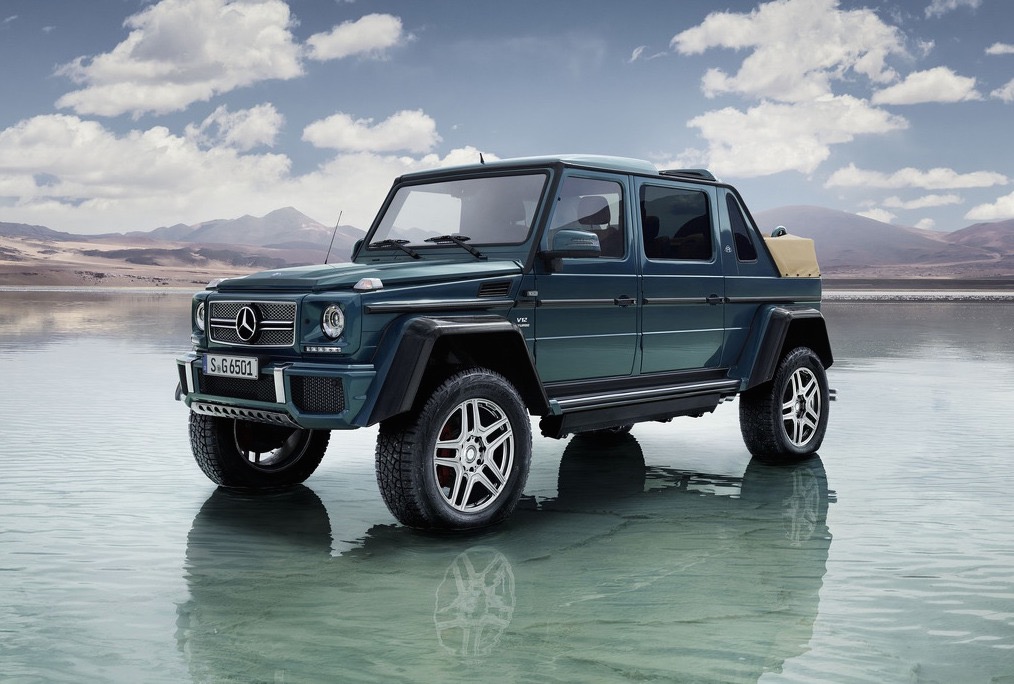 What might possibly be the most opulent SUV this side of a Dartz Prombron has been unveiled weeks before its public debut at the Geneva Motor Show. Welcome to the G650 Landaulet. 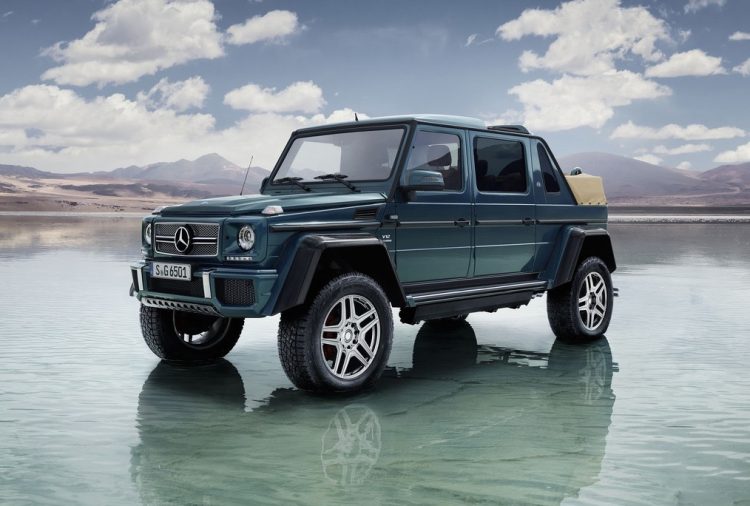 Although it was already spotted last week in a Russian video, the press photos show greater detail and teal green paint. The off-roader is the second vehicle since Mercedes-Maybach’s relaunch after the S-Class and the Landaulet style roof harks back to the 2007 Maybach 62S Landaulet – itself an homage to 1920s-style open-top limousines with a partition.

The Landaulet is powered by a 6.0-litre twin-turbo V12 that makes a staggering 463kW and 1000Nm. This is then sent through an all-wheel drive system through some 22-inch alloy wheels that wear 325/55 tyres. 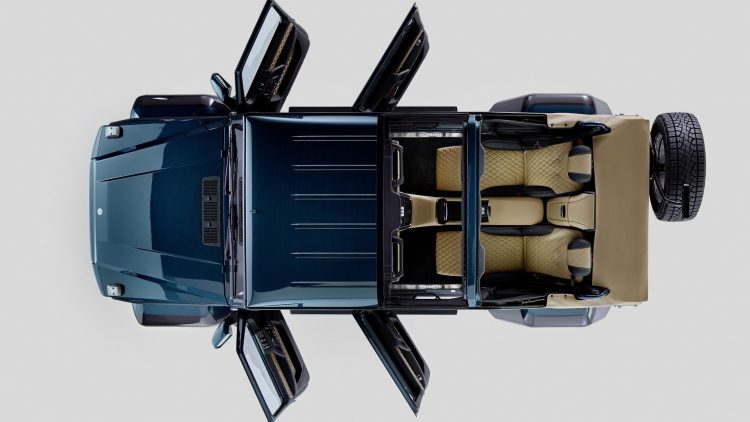 The beast is 5345mm long, 2110mm wide and 2335mm high. The wheelbase is 258mm longer than the S-Class LWB. Gearbox duties are handled by a seven-speed automatic and three locking differentials that can be operated on the fly. With 450mm of ground clearance and the 325/55 tyres, off road ability is beyond question.

The G650 Landaulet is a send-off to the current generation G-Class, before the new model debuts next year. As for price, no word at this point but you can bet these 99 examples will be seven figures.