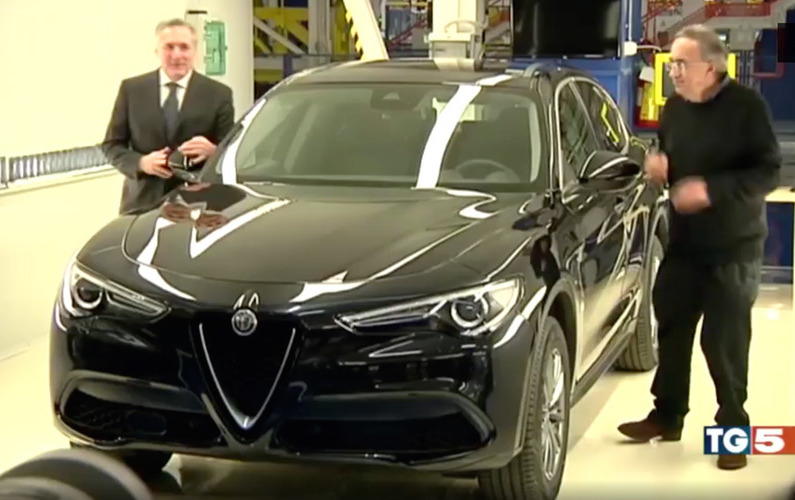 A lower-end variant of Alfa Romeo’s Stelvio SUV has made a rare television appearance in Italy alongside Fiat-Chrysler’s CEO Sergio Marchionne, ahead of its 2017 launch. 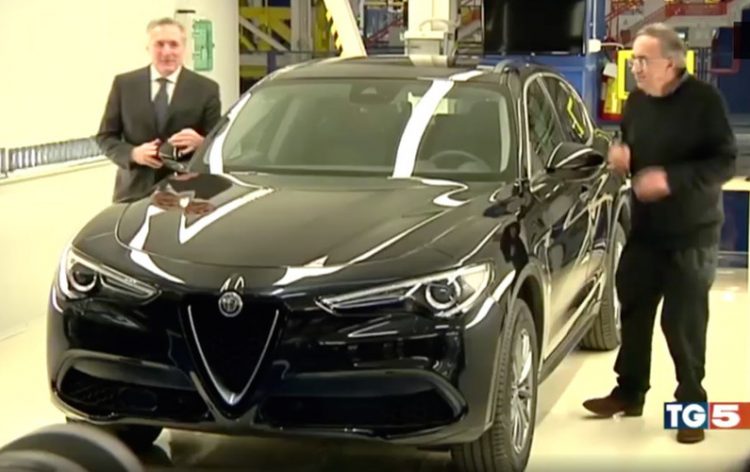 The Stelvio is Alfa’s first foray into the highly-competitive luxury SUV market segment, dominated by the Germans. The Stelvio does however benefit from Alfa Romeo’s latest Giorgio platform, which Alfa invested $1 billion during the development phase.

The styling is one area that Alfa will certainly be able to take the fight to the Germans, with the Stelvio receiving a large portion of its front fascia and design lines from the Giulia sedan; it is expected the interior will too draw heavily from the Giulia’s design.

In terms of powertrains, Alfa Romeo has confirmed just one of the engines that the Stelvio will utilise, a 2.0-litre turbocharged unit producing 206kW/400Nm, mated to an eight-speed automatic transmission.

If we use the Giulia as a comparison, the same engine and gearbox combination is used in the Veloce variant, with a 2.2-litre turbocharged diesel engine producing 154kW/470Nm also available. The Veloce variant has been designed as a ‘warm’ offering, before buyers opt in to the significantly more powerful Quadrifoglio (QV), which receives a Ferrari-dervied 2.9-litre twin-turbo V6 producing 375kW.

The Alfa Romeo Stelvio is set for a 2017 launch.