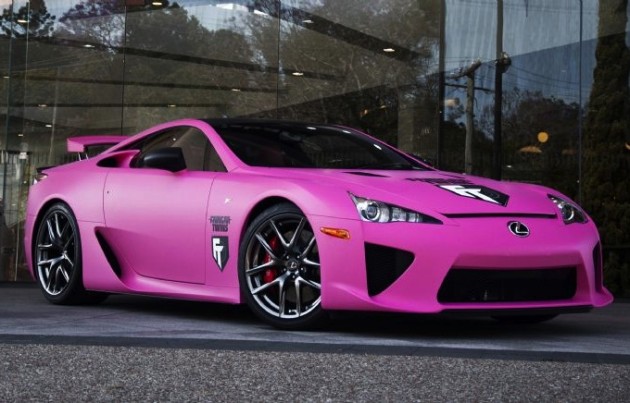 The V10 LFA is one of only 11 in Australia, making this quite likely the only pink LFA in the country. It features, as far as we know, a pink wrap which gives off a soft matt pink finish.

Andrew Scifleet, Lexus of Brisbane dealer principal, recently said that the initiative is one way the team at Lexus can get behind the cause.

“Along with donations, auction items and support of the Fainga’a Twins Charity Golf Day, going pink is our way reminding all of Brisbane that October is the month of Breast Cancer Awareness.”

To refresh your memory, the LFA comes with a 4.8-litre naturally aspirated V10 engine that pierces 9500rpm on its way to its maximum output of 412kW. Acceleration from 0-100km/h can be taken care of in under 4.0 seconds.