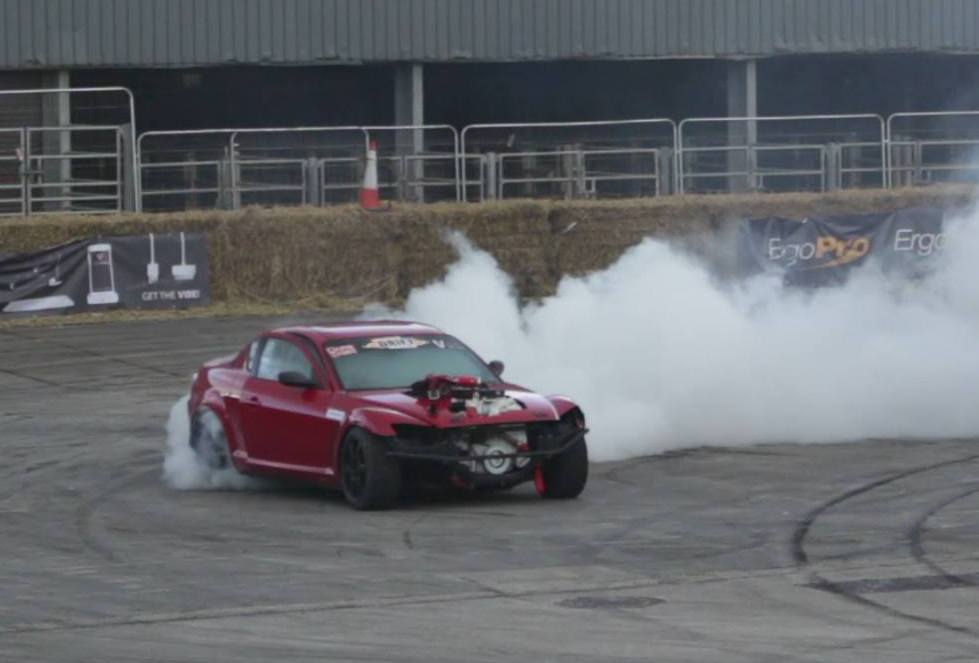 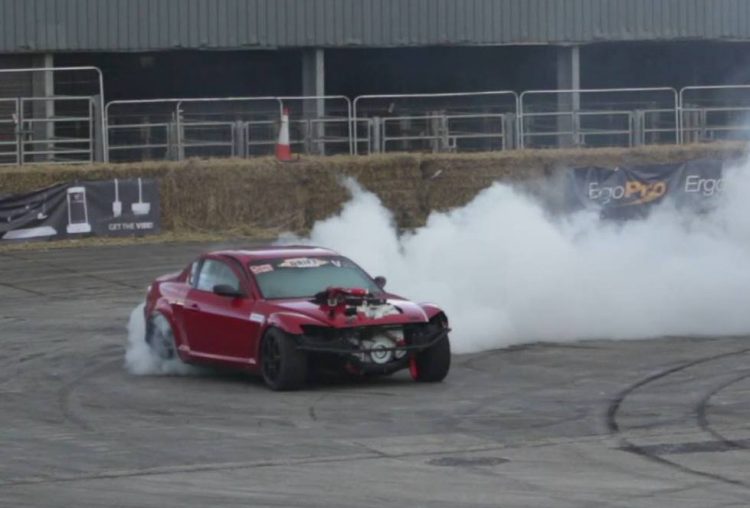 Rotary engines aren’t exactly known for their torque output, or lack thereof. But with a 5.9-litre 6BT Cummins inline six, featuring a big high-mount turbocharger bolted to the side, the RX-8 now has more than enough. Behind the engine is a ZF S5-42 manual transmission, feeding into a BMW differential using 2.28 gearing.

The massive engine obviously doesn’t fit in the engine bay quite as snug as the standard 13B twin-rotor engine, requiring some hacking of the bonnet to allow the monster to sit between the front struts.

Specific torque figures haven’t been mentioned but the owner says the engine produces around 300hp, or 225kW. This is more than enough for a spot of drifting, which is essentially what the project has been designed for.

Of course, the engine swap is certain to cause a bit of uproar with rotary fans – they are known to be a loyal bunch. The ‘RX-HATE’ nickname obviously gives it a care factor of zero per cent, which is kinda cool.

Anyway, check out the videos below for more. It’s weird hearing the diesel pickup truck engine sound coming from the RX-8. The proper drifting action starts at about the 24-minute mark. You can also head over to the RX-Hate Facebook page for more details.