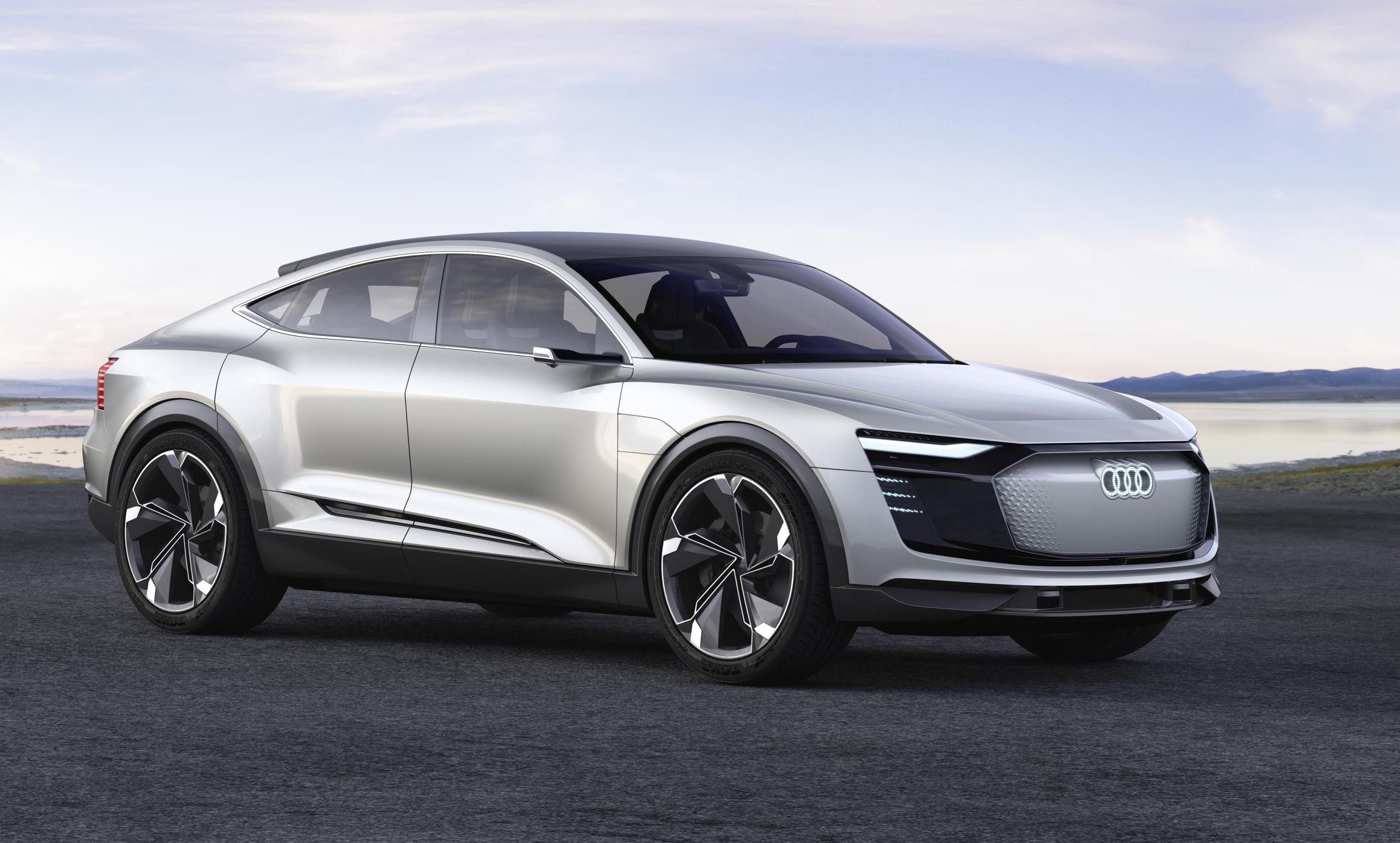 Audi’s e-tron Sportback concept bound for the 2017 Shanghai motor show has emerged, capping off a trio of VW Group electric coupe crossover concepts at the event. 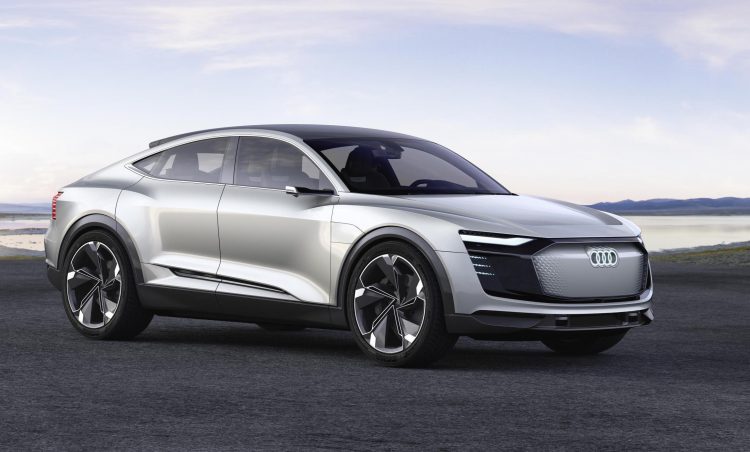 The e-tron Sportback allegedly foreshadows the brand’s second all-electric vehicle, after the 2018 e-tron quattro that was previewed in 2015. This one has four seats and rides atop enormous 23-inch wheels, putting it almost into donk territory.

Audi’s design characteristics have been tailored for this EV application, including a false grille with air channels above and below its facade. At the rear a red illuminated four-ringed badge takes pride of place in the middle of straked LED lamps that feature a horizontal strip running through the middle. It even has bumper-mounted turn-signal projectors that light up the road. 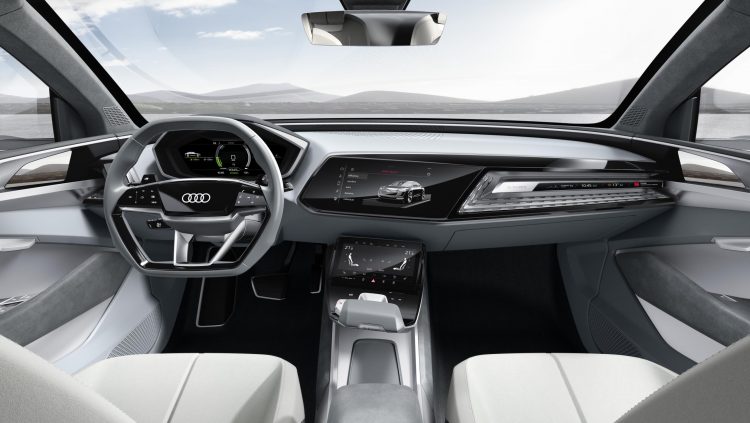 The concept is predominantly front-wheel drive until additional torque is required on a slippery surface, for example. Permanent AWD mode can be activated at the touch of a button. Weight distribution is front 52/rear 48, with a low centre of gravity afforded by the position of the battery.

Unlike VW’s more volume-oriented MEB architecture, Audi’s makes use of aluminium and carbon-fibre with elements of the MLB structure currently used in some of its vehicles.

Occupants are greeted by an evolution of the Virtual Cockpit with additional displays and two touchscreens that include haptic feedback. As would be expected of a concept, side mirrors are replaced by cameras.

The Auto Shanghai show opens to the public on April 21. A production model inspired by this concept, potentially called the Q4, slated for 2019.