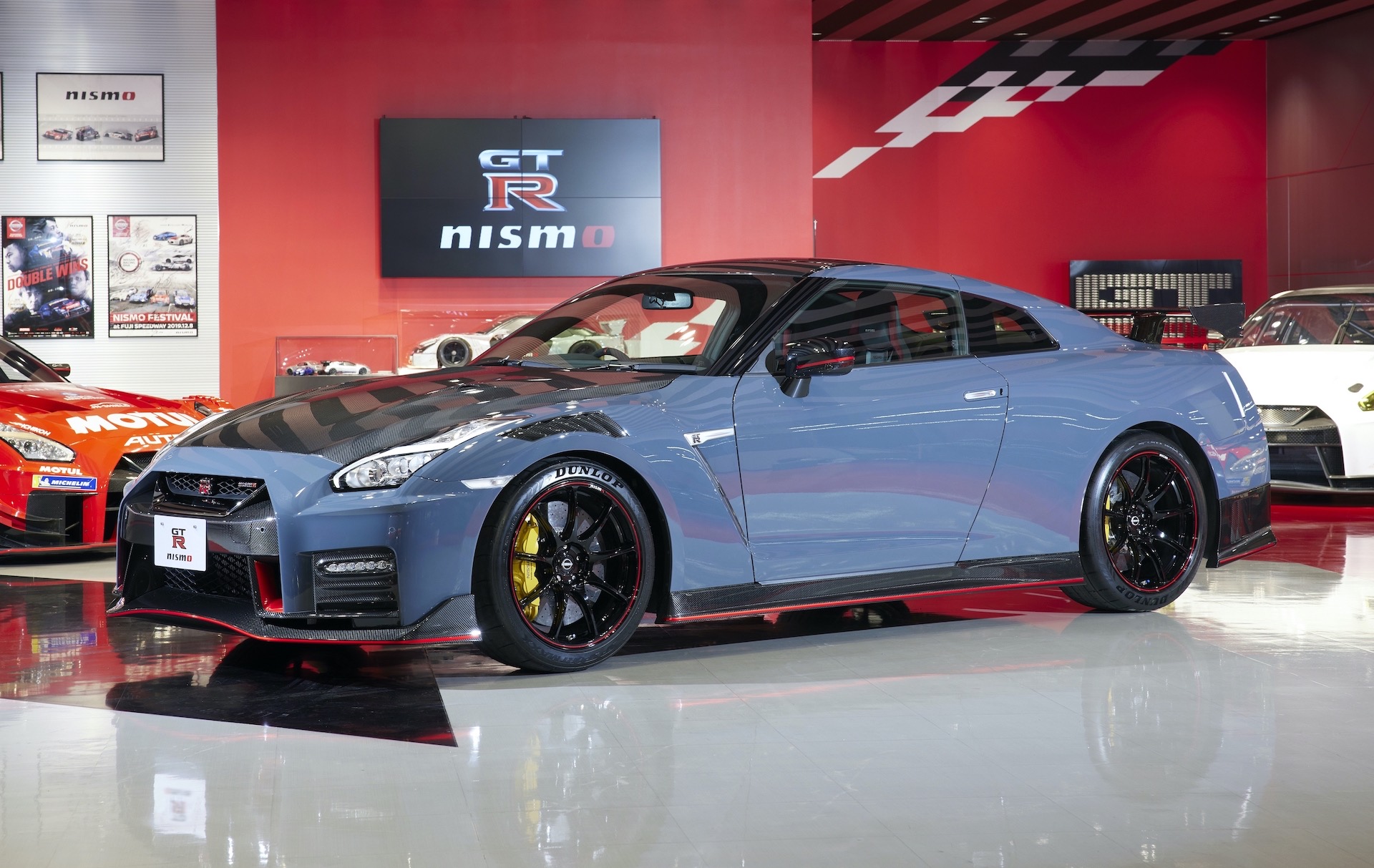 Yep, the Nissan GT-R R35 lives on for yet another year. The company has just unveiled a 2022 Nismo GT-R update, which will launch in Japan in October. 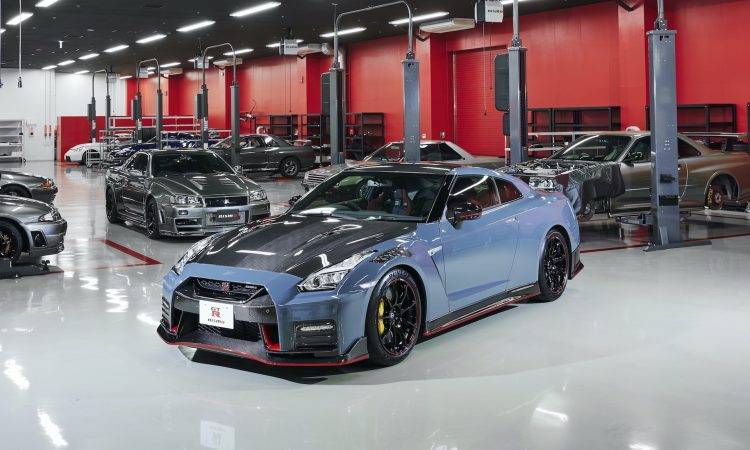 Coinciding with the introduction of the new model, Nissan is also launching a special edition version which is coated in a Nismo-exclusive Stealth Grey exterior paint. The colour is inspired by tarmac tracks where GT-Rs have set numerous records over the years.

The special edition also features a carbon fibre bonnet with a clear-coat over the top so everyone can see the exotic material and its weave pattern. A set of 20-inch RAYS forged aluminium wheels complete the look perfectly and help shed weight, while the back adorns the new Nissan badge. 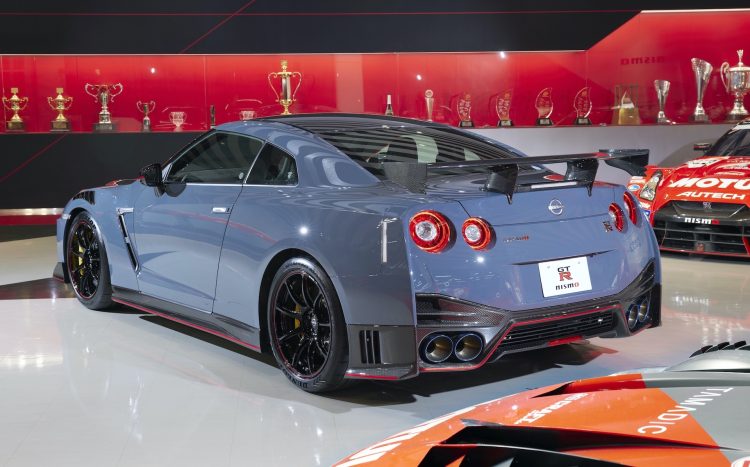 So, what about the engine? Well, it’s the same unit as before, which is a bit disappointing. It would have been nice to see some further tweaks to the heavily-evolved 3.8-litre twin-turbo V6, even just for the sake of signifying the model update.

Nonetheless, the unit is very serious as it is, producing 441kW. It’s built with weight-balanced piston rings, conrods, crankshaft, flywheel, and crank pulley, while the valve springs are configured to a tighter tolerance to help improve response. Each engine is hand-assembled by a ‘takumi’ technician. 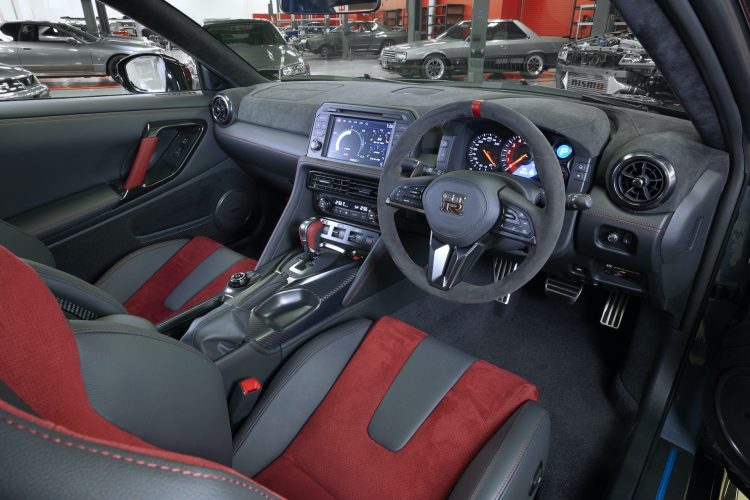 As before, the GT-R Nismo showcases a wild aero kit including big front and rear spoilers over the regular GT-R, as well as chunky side skirts and rear diffuser, all aimed at improving track performance. There’s also 410mm front and 390mm rear carbon ceramic disc brakes clamped by Brembo calipers. Hiroshi Tamura, chief product specialist of the GT-R, said:

“The GT-R Nismo has always been an ongoing pursuit of ultimate driving pleasure. We take a holistic approach, seeking precision performance through a meticulous balance of engine components and shaving weight, and incrementally evolving the GT-R’s appearance to deliver the ultimate balance of power, performance and excitement to our customers.”

The new model will arrive in Japan in October, as mentioned, while an Australian on-sale date is yet to be confirmed. It’ll likely arrive soon after.