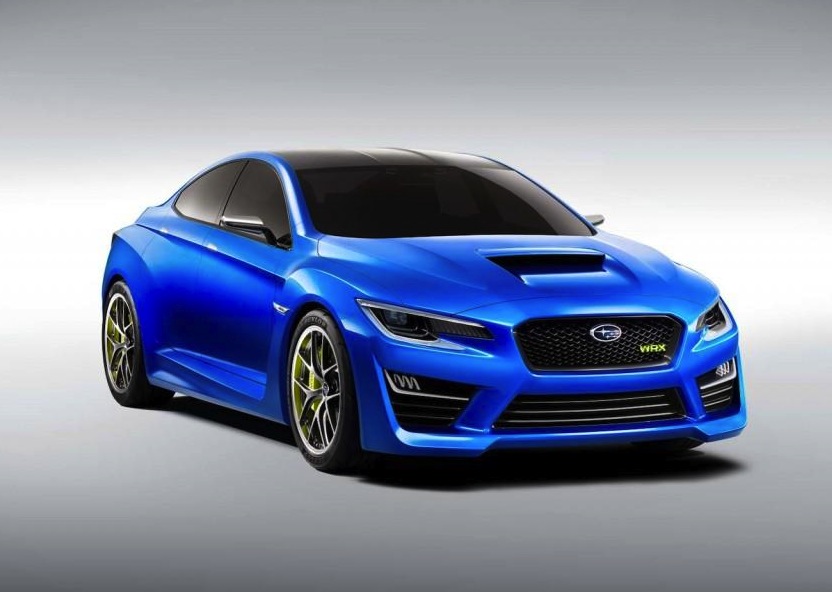 Subaru has officially taken the wraps off the new Subaru WRX concept car at the 2013 New York Auto Show. The company has refrained from revealing engine specifications but it has confirmed the concept does hint at the design direction of the next-generation 2014-2015 WRX, which is due within one year. 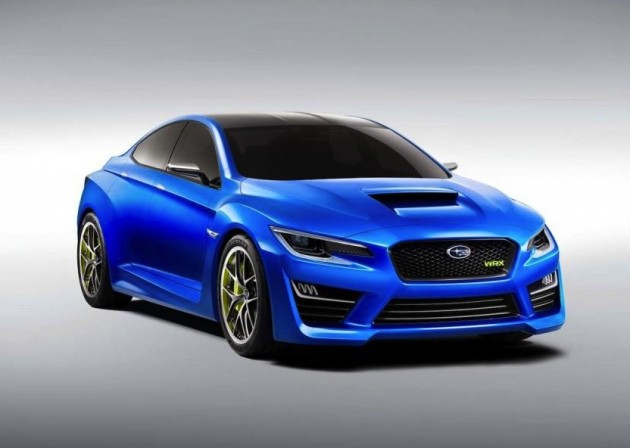 Subaru says; “the lower, wider, WRX concept hints at the design language of the next generation WRX. The front design emphasises the aggressive stance of WRX, together with solidity and stability.”

The WRX will steer even further away from the Impreza with the next-generation, and become its own standalone model in the Subaru range. And as you can see by this concept, which will be used as inspiration for the new model, it’s set to be completely different to any other version.

At the front it’s traditionally aggressive and muscular. A large hexagonal grille filled with black mesh dominates the nose and provides an instant performance impact. Strong ‘hawk-eye’ headlights recessed into the front guards lead into a distinctive hip line which rises over the rear guards, providing that sharp go-fast appearance.

The bulging wheel arches and the full front end, particularly from the side profile view, plant in a definite performance sedan character. It does remind us of the Mitsubishi Lancer Evolution X from some angles too. 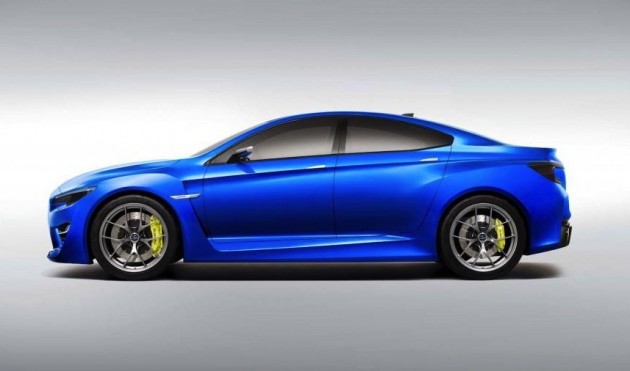 Even though this concept doesn’t necessarily represent the fully fledged STI version, various elements certainly provide a highly focused theme. There’s a full carbon fibre roof to reduce the overall kerb weight and lower the car’s centre of gravity, lightweight BBS ‘RI-D’ one-piece forged duralumin wheels, quad-outlet exhausts, a serious braking package with six-piston calipers at the front, and a super-aggressive rear diffuser at the back. Some of these features could appear on the next STI.

Of course, what we all want to know is what sits beneath the bonnet? And will it be quicker than the current and past generation models? Official details are yet to be finalised, however, the traditional layout, including an all-wheel drive system and a powerful turbocharged engine, has been locked in. Subaru says, 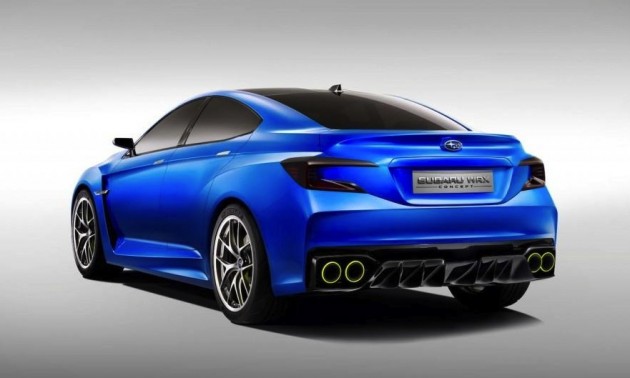 It’s understood the new model will come with a 2.0-litre turbocharged four-cylinder derived from the company’s new naturally aspirated unit that currently powers the Subaru BRZ/Toyota 86. It comes with direct injection and produces 147kW in the BRZ, which means with a turbo we could see power pushed well beyond the 200kW mark. The current model’s 2.5-litre turbo produces 195kW.

The 2014 version is also expected to be lighter in weight thanks to an extensive use of aluminium, which would provide a even better power-to-weight ratio, allowing for quicker 0-100km/h acceleration times.

According to reports, the production model will come with a manual transmission, however, a CVT auto might also be part of the lineup for the first time.

A CVT option would be used to further reduce fuel consumption, while paddle shifters are likely to be offered to maintain driver engagement.

A wagon variant isn’t expected to join the range this time around.

Click play below for a look over the WRX heritage, and some more detail into the new concept.